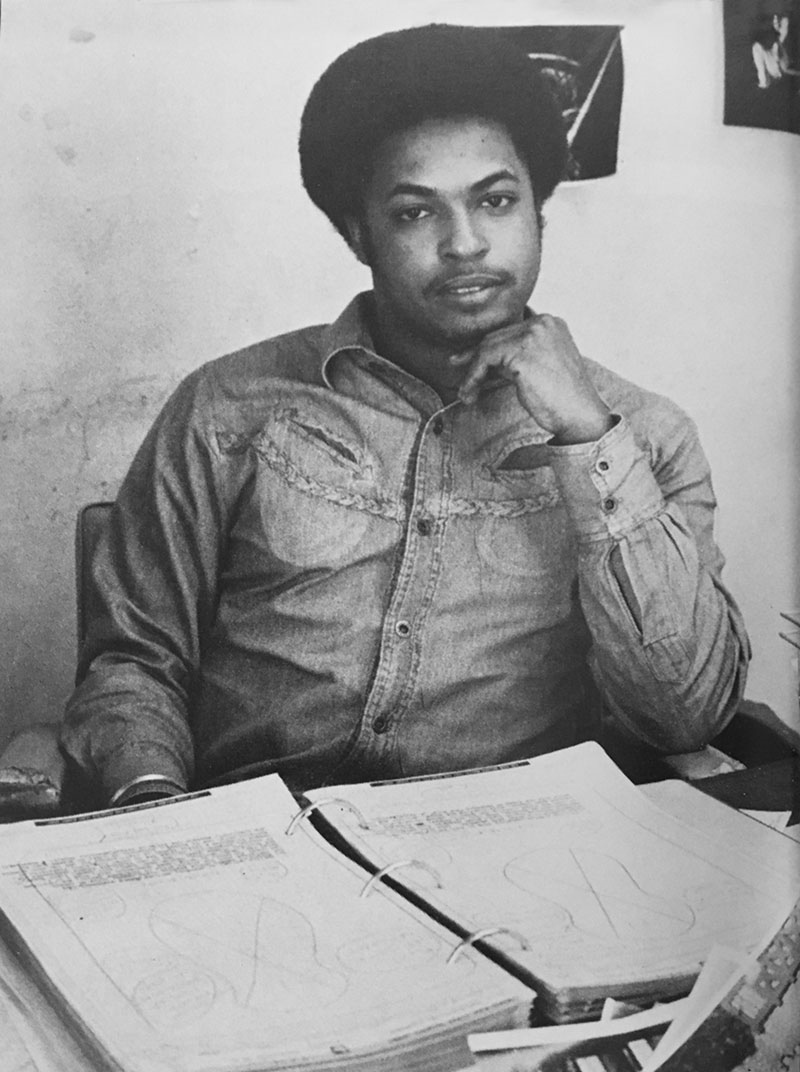 E. Lynn Harris when he was editor of the Razorback yearbook in 1977.

As an author, Harris was a prolific writer, including 10 consecutive New York Times bestsellers. He was popular in his career for fictional stories that addressed taboo topics, especially the experiences of gay Black men. Harris returned to the U of A in 2004 to teach African American fiction until his untimely death five years later.

For more information, read the university's Portrait of Progress about Harris or go to the Encyclopedia of Arkansas History entry.