C-SPAN Asks U of A Faculty Member to Rank U.S. Presidents; Results Released 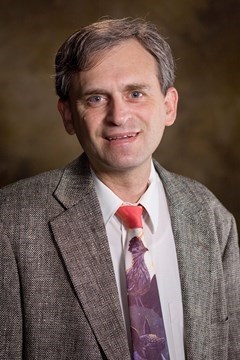 C-SPAN recently asked professional observers and presidential historians, including U of A faculty member Robert Maranto, to rank U.S. presidents for a survey released in advance of Independence Day.

Maranto, who holds the Twenty-First Century Chair in Educational Leadership in the College of Education and Health Professions, participated in the last two quadrennial Historians Survey of Presidential Leadership as well as the latest. The results, which rank all 44 presidents (prior to Joe Biden) on 10 criteria, were released earlier this week.

"It is a huge honor to be chosen by C-SPAN," Maranto said. "I was chosen for my research on presidential leadership of the bureaucracy, particularly on education policy, and since I served in the executive branch during the Clinton administration in support of President Clinton's reinventing government efforts."

Maranto said serving in government changed his view of presidents and their appointees.

"Even if you didn't vote for a particular president, when you work in government alongside a president's political appointees you quickly realize that that most of them are trying to serve the country as best they can," he said. "In any presidential administration most people work hard, and they get a lot of abuse from Congress and the press. Serving in government makes you appreciate the struggles presidents and their teams face."

Maranto said over the years he's changed his mind about some presidents, most notably Ronald Reagan. "I was critical of President Reagan back in the 1980s, but by the 1990s it was clear to me that Reagan's foreign policy played a key role in toppling communist regimes that had murdered tens of millions of people. I was glad President Reagan made the top 10 in recent polls."

With others, Maranto has authored or edited 15 books, including Beyond a Government of Strangers (Lexington, 2005), Judging Bush (Stanford University Press, 2009) and President Obama and Education Reform (Palgrave, 2012).

The full results include breakdown of each president's ranking, individual leadership characteristics and comparisons to C-SPAN's 2000, 2009 and 2017 surveys. Results show that Abraham Lincoln retained the top position, Donald Trump landed at 41st overall, Barack Obama moved to the top 10 and George W. Bush advanced up the list since the 2017 survey.