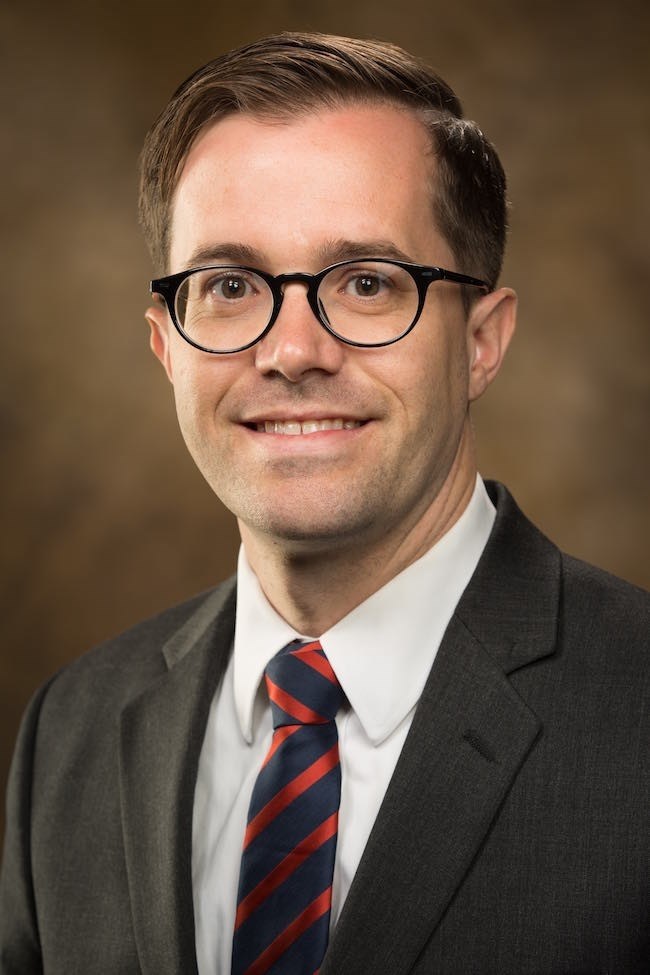 Ryan Neville-Shepard, assistant professor in the Department of Communication in the Fulbright College of Arts and Sciences, was recently named the recipient of the Judith S. Trent Award for Early Career Excellence in Political Communication from the Central States Communication Association.

The Trent Award honors an early-career scholar who has an outstanding record of research in the field of political communication within the first 15 years of receiving their Ph.D. The award is named for Judith S. Trent, a leading scholar and trailblazer in the field of communication.

"Dr. Neville-Shepard's work directly addresses many of the most pressing issues in political communication today," said Joel Reed, chair of the Political Communication Interest Group of the Central States Communication Association. "The Trent Award Committee was deeply impressed by both the quality and quantity of Dr. Neville-Shepard's publications and by the profound contributions his research provides to current and future students of political rhetoric."

Warner added that Neville-Shepard's role as a teacher also made him an excellent candidate for the award. He explained, "Dr. Neville-Shepard has carried on Dr. Trent's legacy of political communication education. Not only has he frequently taught the course and innovated new approaches to the curriculum, he has frequently brought undergraduate and M.A. students to our regional and national conferences." Warner summarized, "We all follow in Dr. Trent's footsteps, Ryan better than most."