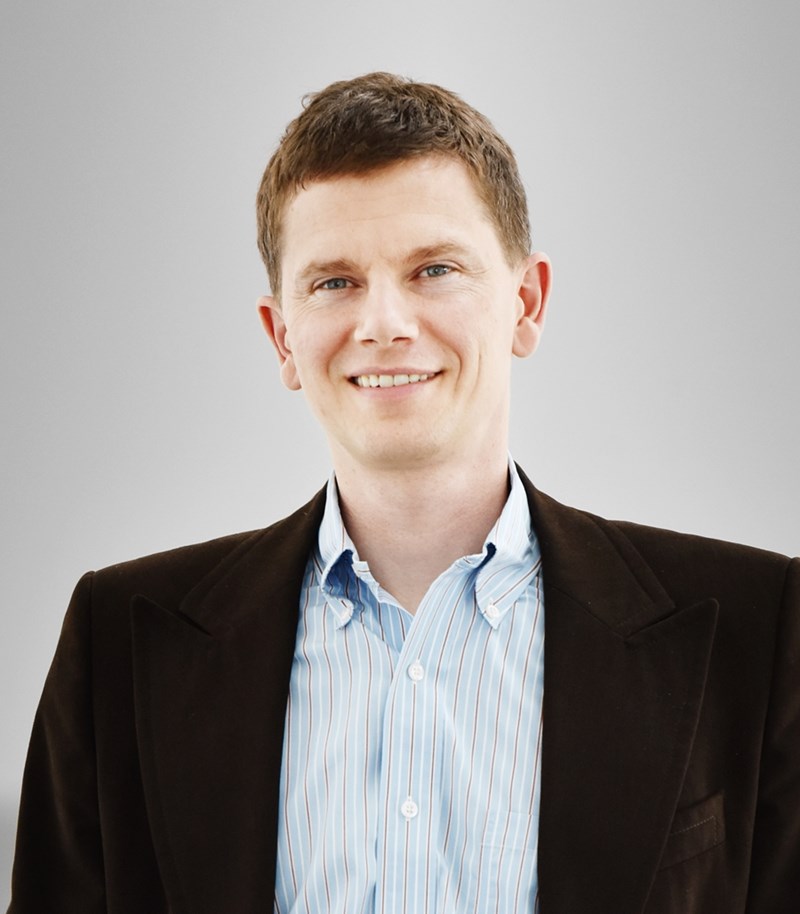 The Department of Chemistry and Biochemistry's Fry Lecture Series will host a virtual seminar given by professor Tobias Ritter of the Max-Planck-Institut für Kohlenforschung, Mülheim an der Ruhr, Germany. The title of the seminar is "Late-stage functionalizations."

The virtual seminar will take place at 10 a.m. Monday, Oct. 26, on Zoom. The talk is free and open to the public.

Ritter was born in 1975 in Lübeck, Germany. He received his undergraduate education in Braunschweig, Germany, Bordeaux, France, Lausanne, Switzerland, and Stanford, U.S., and received a master of science from Braunschweig University in 1999. He did undergraduate research with Professor Barry M. Trost at Stanford, obtained his doctoral working with professor Erick M. Carreira at ETH Zurich in 2004, and was a postdoc with professor Robert H. Grubbs at Caltech.

In 2006, Ritter was appointed as assistant professor in the Department of Chemistry and Chemical Biology at Harvard and promoted to associate professor in 2010, and to full professor in 2012. In 2015, he became the director and since 2018 the managing director at the Max-Planck-Institut für Kohlenforschung, Mülheim / Ruhr, Germany. He is also a professor at RWTH Aachen University in Aachen, Germany, and a chemist in the Department of Radiology at Massachusetts General Hopsital and the founder of SciFluor Lifesciences, Cambridge, Massachusetts.

Ritter is the recipient of awards such as the Chinese Chemical Society Award in Fluorine Chemistry (2018), Klung-Wilhelmy-Weberbank Preis, Berlin, Germany (2012), Popular Science Brilliant 10 Award (2011), Camille Dreyfus Teacher Scholar Award (2011), and the Amgen Young Investigator Award (2010). Ritter has served on the ACS Central Science Advisory Board and Chem Advisory Board since 2016. He has been an associate editor of Organic Letters, ACS since 2018.

In the seminar, Ritter will describe the development of novel, modern highly selective reactions in late-stage functionalization, as well as their application in transition-metal-catalyzed and photoredox reactions, with a focus on the synthesis of 18F and 19F containing complex small molecules. In particular, he will describe the development of a broadly useful new C-H functionalization reaction to create molecular complexity for applications in catalysis, drug discovery, and medicine.

The Arthur Fry Lecture series began in 1997 through a generous donation from alumni, the late Ves Childs, M.S. '60, Ph.D. '63, and his wife Holly, B.S. 62, to honor the late Dr. Fry's accomplishments and years of unselfish devotion to the department.

Fry joined the department in 1951 and played a major role in the establishment of the department's doctoral program. For the next 40 years, he continued to provide leadership, serving two terms as department chair in the 1950s and 1960s. Fry earned worldwide recognition as the "father of heavy atom isotope effects in elucidating the mechanisms of organic reactions," for his pioneering research in the use of C-13, C-14, N-15, Cl-37, and O-18 to study the mechanisms of ketone rearrangements and numerous other organic reactions. In 1985, he was awarded the American Chemical Society Southwest Region Chemist Award.