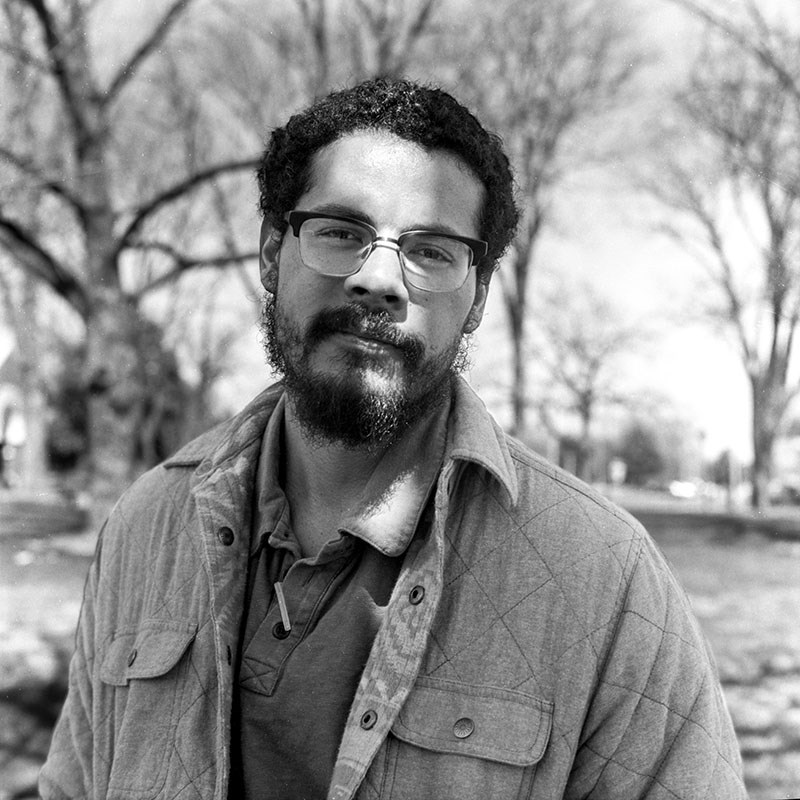 Geffrey Davis, an associate professor of poetry in the Program in Creative Writing and Translation in the Department of English, is the recipient of the 2020 Porter Fund Literary Prize, presented annually by a nonprofit established in 1984 in honor of Dr. Ben Kimpel, chair of the English department at the University of Arkansas at Fayetteville.

Upon hearing he'd been awarded the prize Davis said, "Several of my local heroes have received this award, so I was aware of the Porter Fund Literary Prize prior to this news. I am deeply and dearly honored to have my own voice added to such a prestigious legacy of Arkansas writers."

The award is presented to an Arkansas writer who has accomplished a substantial and impressive body of work that merits enhanced recognition. "We're so pleased that Geffrey's exquisite poetry is being honored by the Porter Fund, an organization dedicated to promoting and celebrating Arkansas' finest writers," said Davis McCombs, director of the Program in Creative Writing and Translation.

Davis is the author of the collections Night Angler,  winner of the James Laughlin Award from the Academy of American Poets, and Revising the Storm, winner of the A. Poulin Jr. Poetry Prize. He received the 2019 Creative Writing Fellowship from the National Endowment for the Arts.

Davis joined the faculty of the nationally-ranked creative writing program in 2014. "Geffrey Davis being awarded the 2020 Porter Fund Literary Prize recognizes his own substantial achievements as a poet and brings further renown to our prestigious Creative Writing Program," said William Quinn, Chair of the Department of English.

Davis has been named a finalist for the Hurston/Wright Legacy Award,awarded the Anne Halley Poetry Prize, the Dogwood Prize in Poetry the Wabash Prize for Poetry, and the Leonard Steinberg Memorial Prize from the Academy of American Poets as well as fellowships from Bread Loaf, Cave Canem, and the Vermont Studio Center. He was also awarded a Public Engagement Fellowship from the Whiting Foundation to support his involvement with The Prison Story Project, which strives to empower incarcerated men and women in Arkansas to tell their stories through writing.

Founded in 1966, the University of Arkansas Program in Creative Writing and Translation in the J. William Fulbright College of Arts and Sciences consistently ranks in the top 40 M.F.A. programs nationwide, according to Poets & Writers magazine. The Atlantic Monthly named the U of A among the "Top Five Most Innovative" M.F.A. programs in the nation. Noteworthy graduates include Barry Hannah, C.D. Wright, Lucinda Roy and Nic Pizzolatto.