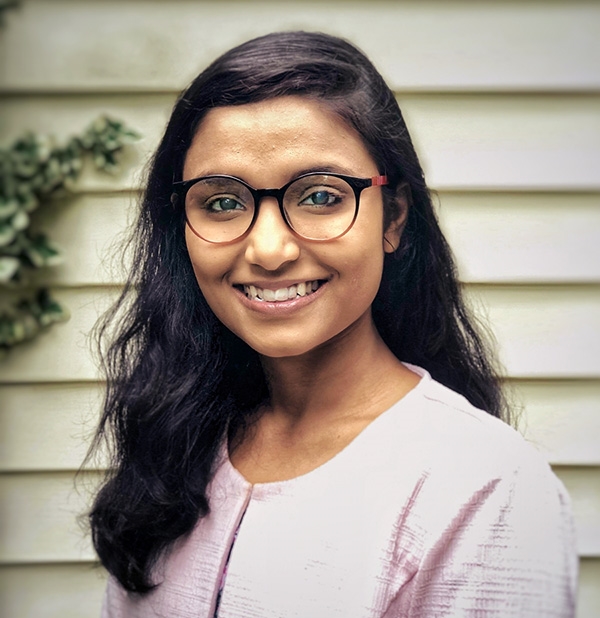 Choudhury, who is studying biological anthropology under the direction of Peter Ungar, distinguished professor of anthropology, will receive $6,000 for tuition and expenses related to her research in dental anthropology.

After earning undergraduate and master's degree in anthropology in India, Choudhury began reading professional journals and publications related to her interest in primates. "I've always been interested in primates and the evolutionary process." Reviewing published articles, Choudhury found Ungar's research appearing regularly. "His name came up quite often, so I wrote to him about continuing my studies under his leadership," Choudhury said.

Ungar said that Choudhury's research and dedication are impressive. "In the six months that I've known Paramita, I have been very impressed by her intellect, adaptability, and collegiality," Ungar said. "She had never been out of India before arriving here in Arkansas, and yet she has adjusted really well, becoming integrated into the laboratory and larger community quickly and completely.  She is a leader in the lab and her community, yet is also humble and a good team player," he said.

One of the goals of the scholarship is to foster a better understanding among the peoples of the world. Barbara Olson, PEO spokesperson said in the scholarship announcement, "We believe one way to accomplish this is to assist women with higher education in order that they will be better qualified to accept positions of merit and leadership in their own countries." Choudhury was selected as a recipient based on both her graduate training, a sincere interest in the welfare of her country, and the tools for leadership.

Ungar said that Choudhury "often laments that there were no dental anthropologists in India to train her — which is why she came to the U.S." Choudhury wants to remedy this and inspire a new generation of Indian women interested in STEM, and particularly paleoanthropology. Her goal is to return home and share her training by obtaining an academic position in anthropology in India.

P.E.O. is a philanthropic organization whose educational mission is to help women support their various educational goals through loans, grants and scholarships. Information on the P.E.O. website notes that, "P.E.O. scholars have demonstrated their ability to make significant contributions in their chosen field of study, having assumed leadership positions in university academics, scientific research, medicine, law, performing arts, international economics, history, literature, government and other demanding fields."