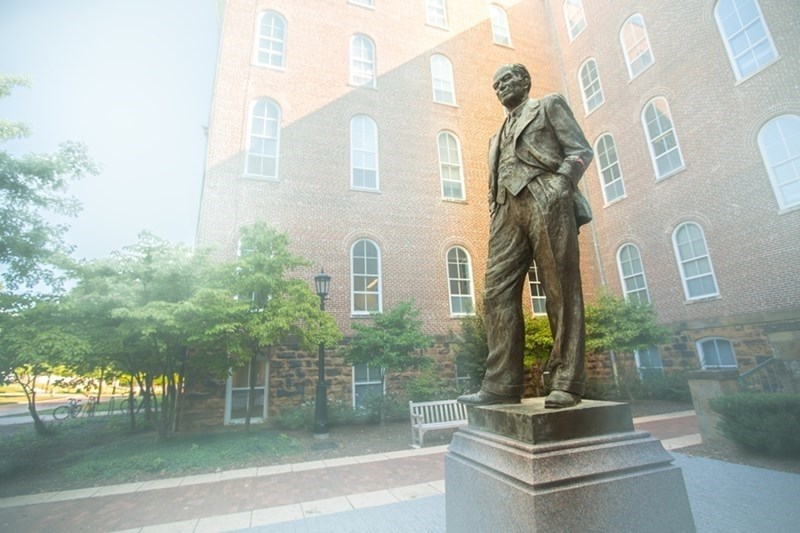 The J. William Fulbright College of Arts and Sciences at the University of Arkansas has selected the 2019 recipients of several of its most prestigious endowed faculty awards, including:

"Congratulations to these outstanding faculty members," said Todd Shields, dean of Fulbright College. "Each has accomplished so much in service to their students, colleagues, college, the university and their respective fields of expertise –  I am in awe of and so thankful for each of them!" 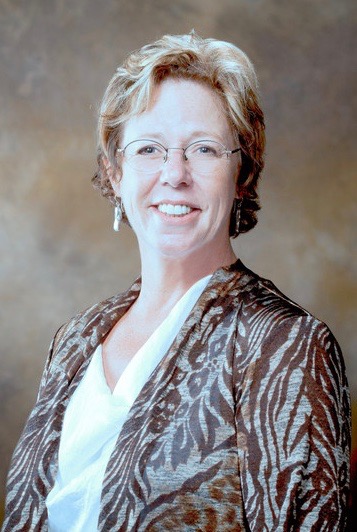 The John E. King Award for Outstanding Service was proposed and endowed by Fulbright College faculty members to recognize colleagues who exhibit exemplary service to the campus and community. They named the award for King, a professor of social work, as a tribute to his "leadership and extraordinary ethic and record of good deeds."

Holyfield studies the sociology of culture and social psychology through symbolic interaction and emotions, as well as the management of own and others' emotions in organizations and public arenas.

She wrote the book Moving Up And Out: Poverty, Education & Single Parent Family, which recounts stories of Arkansas Single Parent Scholarship recipients and their struggles to work their way out of poverty and offers a guide for communities looking to develop similar scholarship programs. She also wrote Veterans' Journeys Home: Life After Afghanistan and Iraq, which depicts the haunting and visceral memories of returning soldiers and offers an alternative approach to healing the emotional wounds of war.

"In the true spirit of service, she donates all proceeds from her books to the Single Parenthood Fund and the NWA Chapter of Soldiers Songs and Voices (SSVNWA), a 5013(c) that she founded," said Anna Zajicek, chair of the Department of Sociology and Criminology, who nominated her. "The hallmark of Dr. Holyfield's distinction is not only that she excels in university service and integrates an extensive service component in everything she does, but also her extraordinary success in combining her service with her scholarship."

Holyfield has also served the university for 24 years on more than 50 committees; provided instruction to over 8,000 students in her 350-plus student General Sociology classes; and advised the department's honors and study abroad students, and over 400 undergraduate majors. 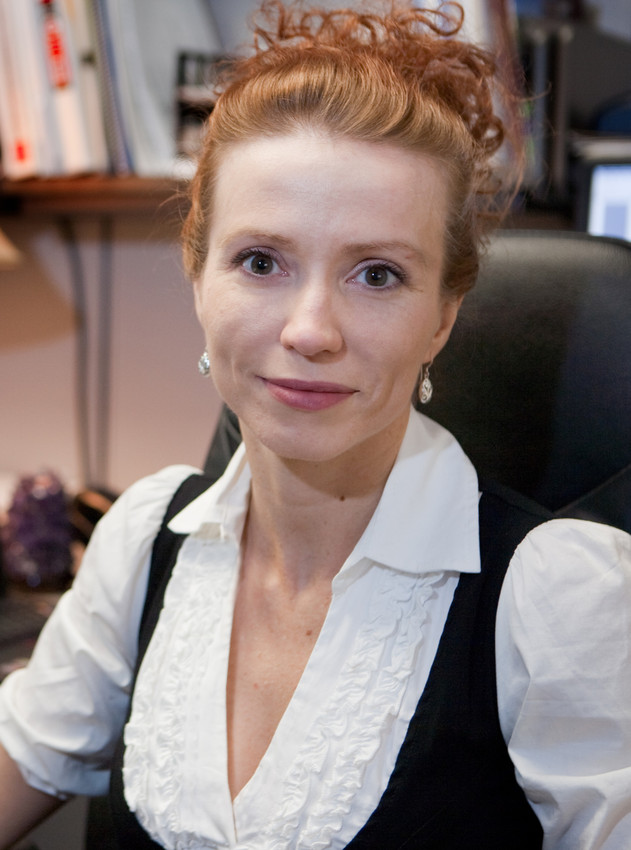 The Nolan Faculty Award was endowed by the William C. and Theodosia Murphy Nolan Foundation to support the career advancement of faculty members who provide the highest quality teaching research and service to the college.

Bradley is an internationally recognized scholar in corrections and sentencing, and her research has been published in numerous top university presses and criminology, sociology and criminal justice journals. Her research and teaching interests include corrections, sentencing, violence, deviance, symbolic interaction, hate crimes, sexuality and mental health. Her books, Preventing Crime and Violence and Naked Lives: Inside the Worlds of Exotic Dance, explore these topics in-depth.

In addition to her teaching and research duties, Anna Zajicek, chair of the Department of Sociology and Criminology, said "Her service to the department, Fulbright College, University of Arkansas, and to the discipline has truly been remarkable, and includes serving as the director of online education in the department."

"Dr. Bradley has been an outstanding graduate educator and leader for over 13 years. For many graduate students, she is the most beloved professor, mentor and role model," Zajicek said. "Her teaching and mentoring are student-centered, and she is a paragon of a graduate educator, presenting excellence and demonstrating superb enthusiasm and dedication to student success."

Bradley often involves graduate students in her research projects, which include conducting evaluation research on the new transitional housing facility in Springdale, and Project BRAVE (Bystander Response Against Violence Everywhere), a community-based intervention program that empowers bystanders to recognize the variety of situations conducive to victimization and equips them with tools and strategies to assist in violence prevention.

Her students consistently describe her as "inspiring, demanding, brilliant and supportive," with a reputation for fairness and innovative teaching methods. 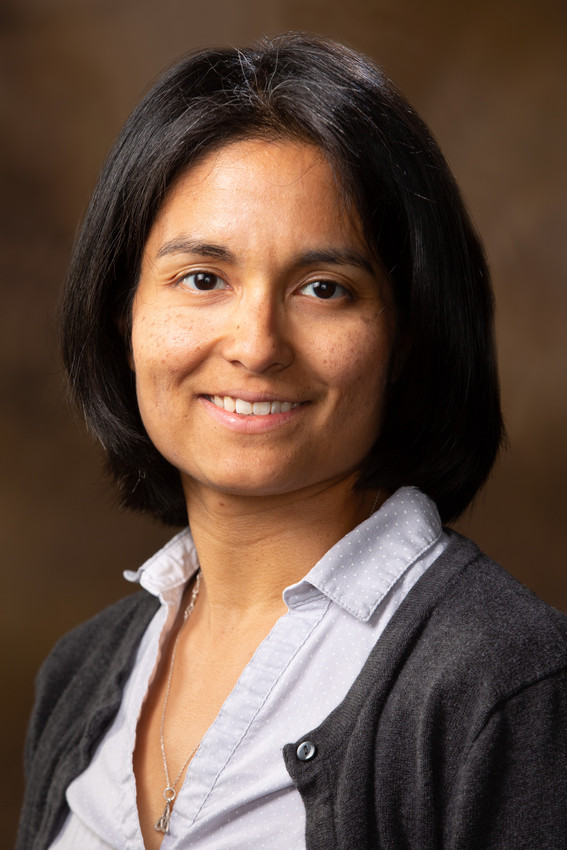 Suarez's research focuses on using trace element and stable isotope geochemistry of fossil vertebrates and invertebrates to understand paleoecology, paleoclimatology, and taphonomy of ancient terrestrial ecosystems. She is particularly interested in past greenhouse climates and major climate shifts such as the mid-Cretaceous thermal maximum and the end Triassic extinction.

She also uses carbon isotope chemostratigraphy to identify major global C-cycle shifts in Earth's deep-time history. Her research has taken her to locations such as the Cretaceous Cedar Mountain Formation of Utah, the Xinminpu Group of Gansu Province, China, the Prince Creek Formation off the North Slope of Alaska, and the Triassic-Jurassic Moenave Formation of southern Utah. Recently, Geminiraptor suarezarum, a new dinosaur from the Cedar Mountain Formation of Utah, was named after her and her twin sister, Marina, for discovering the site from which it came.

"We are delighted to select associate professor Celina Suarez as the 2019 OMNI Keeling/Hansen Climate Science Awardee," said Peter Ungar, distinguished professor in the Department of Anthropology and director of the Environmental Dynamics Program. "Dr. Suarez is a paleontologist who studies impact of climate change on life over very long time scales. She's had great success in funding her research of late, and her research has been published in both the best journals in her discipline, and in high-impact general interest venues."

The OMNI World Peace and Justice Faculty Award was created to "promote the study and teaching of peace and nonviolence in accordance with the insights of Mahatma Gandhi, Martin Luther King Jr. and Senator J. William Fulbright."

Gigantino is an early American historian. His first book, The Ragged Road to Abolition: Slavery and Freedom in New Jersey, 1775-1865 reveals how the slow death of slavery in the North complicated the formation of black communities and influenced how northerners understood the sectional crisis. His second book, William Livingston's American Revolution uses the life and experiences of William Livingston, New Jersey's first governor, to explore the role of revolutionary government under fire and the dynamic relationship between mid-level administrators like Livingston, the national government, and average Americans.

Gigantino is also the editor of Slavery and Secession in Arkansas: A Documentary History which explores the connection between slavery and secession through the voices of Arkansas political leaders in 1860 and 1861.

Todd Cleveland, associate chair of the Department of History, nominated Gigantino for this award because of his "strong commitment to diversifying our student body and curriculum, and helping to cultivate an inclusive environment for our faculty."

Gigantino has been heavily involved in the college's African and African American Studies Program as an affiliated faculty member, has supported numerous diversity initiatives and worked to create a culture of peace and inclusion both within the Department of History and the college.

Cleveland said Gigantino has also led the department in its commitment to socioeconomic inclusion: "[He] advances the University of Arkansas' diversification mission while also, by extension, helping to address the diverse needs of our state."