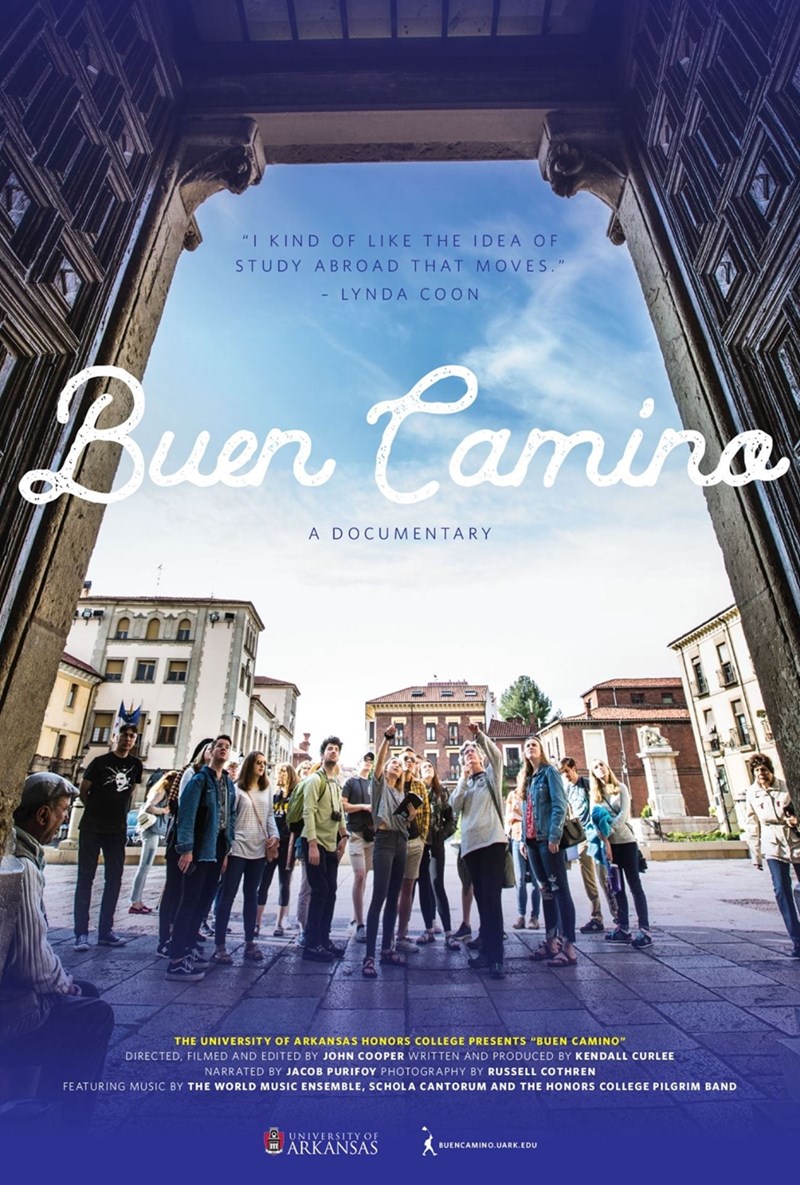 FAYETTEVILLE, Ark. – The University of Arkansas Honors College, in partnership with University Relations, has won four awards in the 40th Annual Telly Awards, a national contest that honors video and television made for all screens, judged by experts from some of the most prestigious companies in entertainment, publishing, advertising, and emerging technology.

These awards recognize Buen Camino, a 25-minute documentary. The film follows 18 honors students who present and perform at cathedrals and castles along the Camino de Santiago pilgrimage route through France and Spain. Buen Camino won a Gold Telly in the “Television: Educational Institution” category, one of two films so honored in the nation. Members of the film’s creative team also earned silver Tellys in three categories.

"Buen Camino is a fun and inspiriting story, and really well done," said Larry Foley, chair of the School of Journalism and Strategic Media, and a project adviser. "The students, faculty and the remarkable locations take center stage. A must-see for lovers of history and culture."

Buen Camino screenings, scheduled for fall 2019, will be announced at a later date. Follow the Buen Camino Facebook page for news and updates on the film.

Television: Videography/Cinematography. John Steele Cooper is managing producer of video productions at University Relations, where he has produced award-winning videos for 10 years.

Television: Voiceover. Jacob Purifoy, an Honors College Fellow from Ashdown, majors in biology and plans to become a dentist. He had no prior professional experience in voiceover work or dramatic performance but delivered a pitch-perfect reading after studying the script for several days.

Since 2016, collaborations between the Honors College and University Relations personnel have won five CASE awards and eight Telly awards.

The Telly Awards are the premier awards honoring video and television across all screens. Established in 1979, the Telly Awards receives over 12,000 entries from all 50 states and five continents. Entrants are judged by the Telly Awards Judging Council—an industry body of more than 200 leading experts including advertising agencies, production companies and major television networks, reflective of the multi-screen industry the Telly Awards celebrates. Partners of the Telly Awards include NAB, StudioDaily, Stash Magazine, Storyhunter, ProductionHub, VR/AR Association, The Wrap and Digiday.