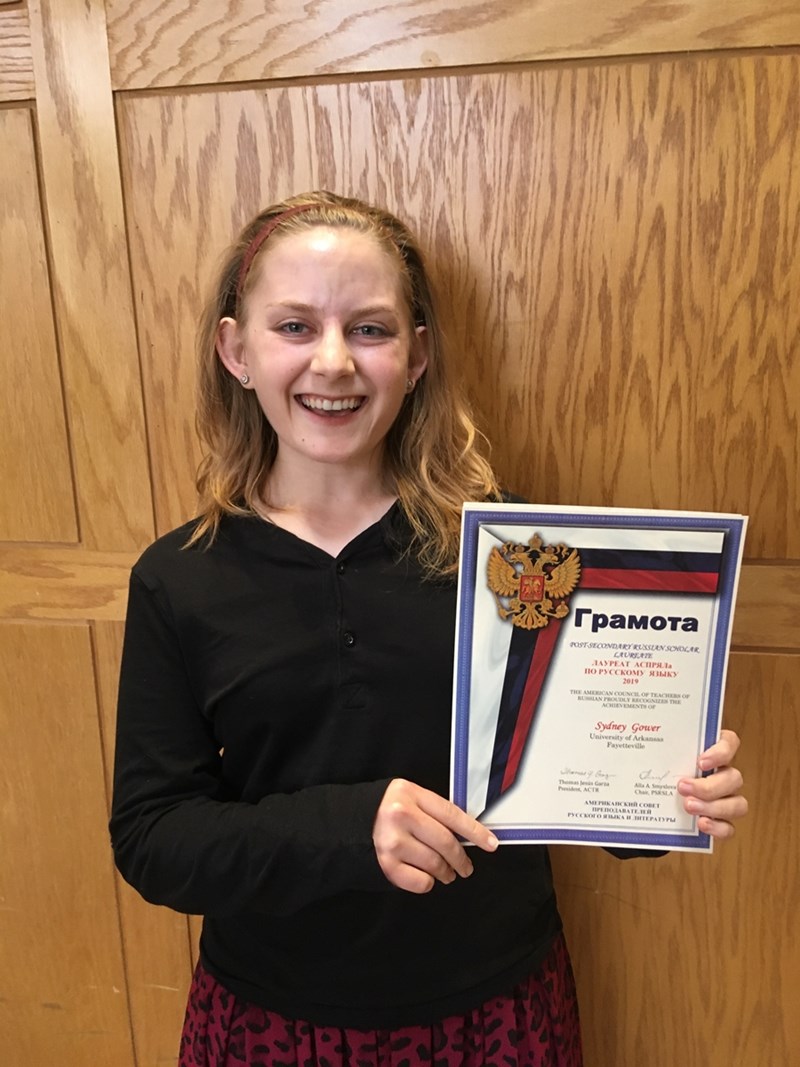 Sydney Gower, a senior majoring in international studies and history, has been awarded the 2019 Russian Scholar Laureate diploma by the American Council of Teachers of Russian for her outstanding studies of the Russian language. Gower studied Russian for four semesters, which allowed her to practice Russian while she was teaching English during two past summers in the Ukraine.

Sydney said, "My study of Russian was also a big factor in my decision to go to Ukraine and teach English for the second time the summer after my junior year. I loved the people and being able to impart a useful skill (English) the first time I went two years before, but understanding more about the language and culture allowed me to connect with my students and the country in an even more meaningful way. My next steps after graduation are law school in New York City and, someday, a career in Human Rights Law. I am 100 percent confident that my Russian skills are going to help me connect with new and interesting people in my new city and find a job that will make a real difference in the world. Hopefully my studies and career will also allow me to travel even more throughout the Russian-speaking world! My advice to those who are thinking of studying Russian would be to open yourself to all of the amazing opportunities that language can bring and to remember that there is always something new to be learned!"

Alla Smyslova, chair of the American Council of Teachers of Russian from Columbia University, said in her letter of nomination that "this national honor testifies to the high esteem afforded to Sydney Gower by [the] Russian Program."

Only one student from the program could be nominated for the Russian Scholar Laureate award. Gower is the third student in the Russian Program who has received this award from the American Council of Teachers of Russian. Gower has received a full scholarship to pursue a law degree at St. John's University in New York.

The U of A Russian program offers all levels of Russian, as well as literature seminars in English. You can explore the fall 2019 course offerings at the Russian Program page.