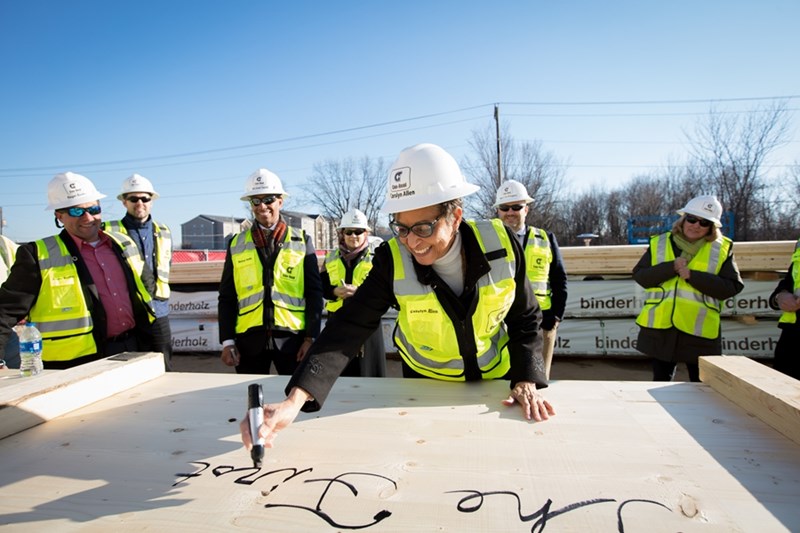 The first cross-laminated timber panel in the state of Arkansas was installed on Wednesday, Feb. 7, at the future library storage facility site off Government Avenue in Fayetteville. In attendance were Carolyn Henderson Allen, Dean of Libraries; Roger Boskus and Audy Lack of Miller, Boskus, Lack Architects; Michael Alexander of ConReal; and Daniel Clairmont, director of engineering and construction for University of Arkansas Facilities Management.

Cross-laminated timber panels are made of timber planks that are stacked, glued and laminated in perpendicular layers under heavy pressure. The panels are pre-fabricated and then shipped to the site, reducing construction time and waste. Cross-laminated timber is environmentally friendly, lighter and thinner than steel and concrete, but equally strong and safe.

The future library storage facility is a high-density, off-site storage facility designed to house low-use items owned by the University of Arkansas Libraries. The facility will also have a preservation and conservation area where materials are cleaned, repaired, and restored; a digitization and work space area for staff; a maps and microforms storage area; and one large climate-controlled storage space where books and other materials will be housed, including some of the Special Collections department's manuscripts and works of art. The 27,000-square-foot storage facility will hold approximate 1.8 million volumes when filled to capacity.

After materials are moved to the facility, courier service will retrieve requested items and bring them to the main campus area four times per day during the week and once per weekend. University Libraries staff will continue to provide scanned copies of print journal articles, book chapters and similar items for delivery via email within one business day of the request.

A time-lapse camera provides the ability to view the construction progress online. An FAQ page is also available.

The University of Arkansas will also use cross-laminated timber in the new Stadium Drive residence halls, which are currently under construction. 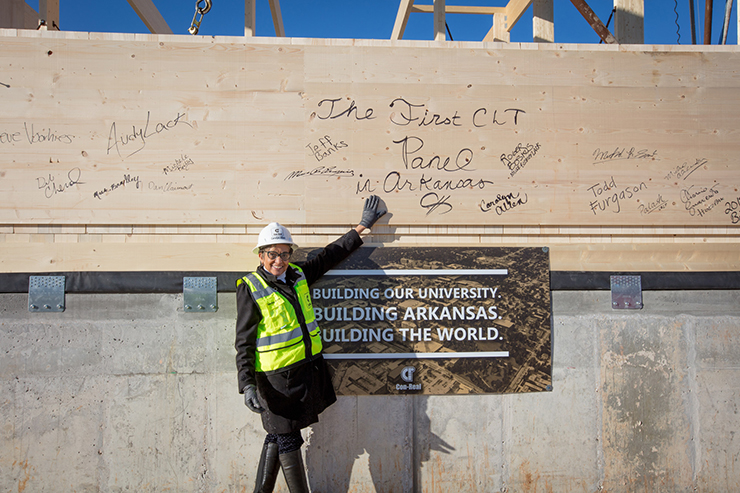