U of A Researchers Create Digital Map, Cultural History of Carlsbad Cavern 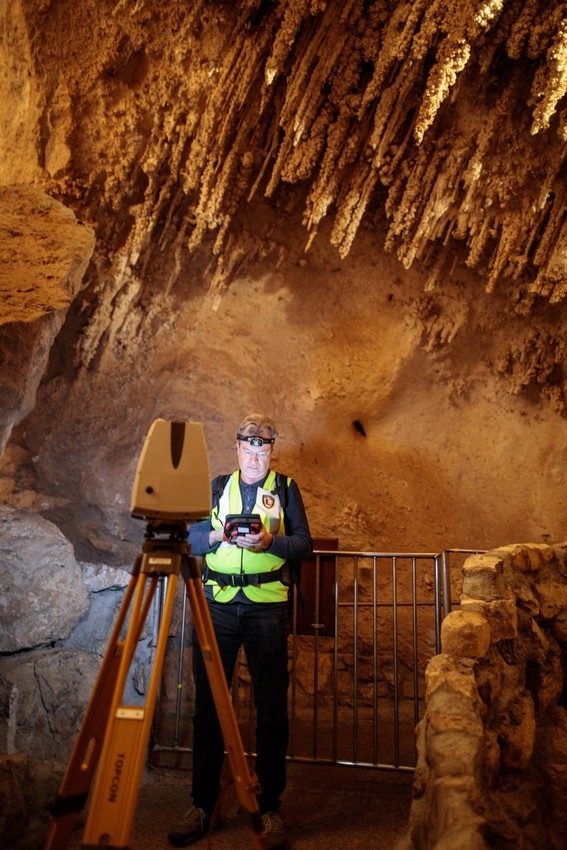 The mapping project, coupled with an intensively researched history of the cave system’s manmade infrastructure and cultural interactions, will serve as a guide for the National Park Service as it manages both natural and developed environments in the caves. The work may also be used to earn Carlsbad Cavern a listing on the National Register of Historic Places.

The university’s Center for Advanced Spatial Technologies, or CAST, is performing the mapping project using a light-detection and ranging tool, or LiDAR, the same technology it employed to scan the Great Pyramid of Giza in Egypt, St. Paul’s Cathedral in London, and the largest building in the ancient city of Petra, Jordan, among other projects. CAST was chosen because of its expertise in this remote sensing technology, which uses a pulsed laser to collect billions of measurements of a physical space in 3-D. The measurements form a “point cloud” used to digitally recreate the space, providing insights into how it was built and what changes have been made.

Malcolm Williamson, a research associate with CAST, said experience gained through mapping about a mile of Blanchard Springs Caverns near Mountain View, Arkansas, helped land the contract with the National Park Service. “We did that in anticipation of infrastructure improvements, and it gave us a pretty good idea of how this will go,” Williamson said. 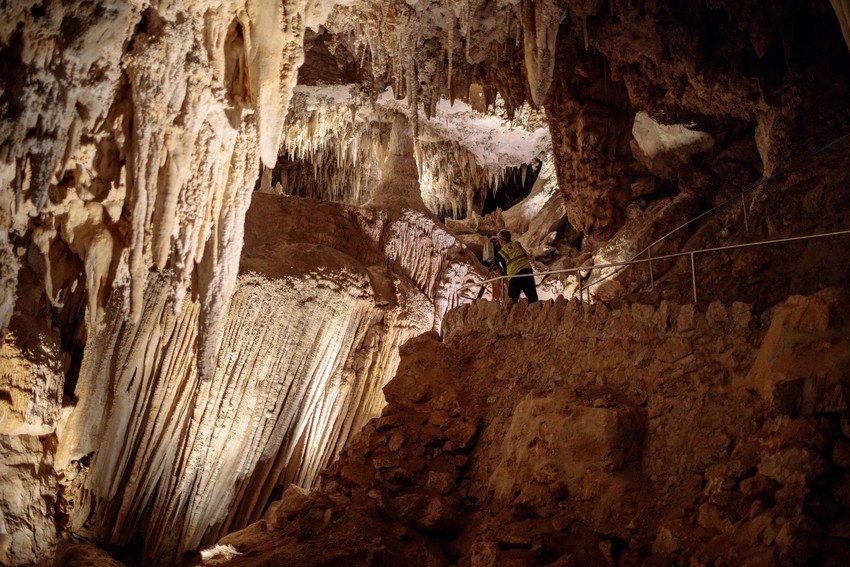 Charting a century of changes

Kimball Erdman, associate professor in the Department of Landscape Architecture, will lead the team researching and writing the report on Carlsbad Cavern’s modern history, from the first staircase installed to make the site accessible to tourists in 1925, to the cafeteria 750 feet below the surface, to naming natural features. They’ll create a Cultural Landscape Inventory, a document the National Park Service keeps for many of its properties. “We’re looking at the ways in which humans have interacted with this environment in the past 100 years,” said Erdman. “With this the National Park Service can take the next steps for restoration, rehabilitation, or whatever needs to be done.”

Erdman has done similar work for the National Park Service in the past, documenting Arkansas sites in the Rush Historic District of the Buffalo National River, the Gypsy Camp in Siloam Springs and the Rohwer Relocation Center Memorial Cemetery in Rohwer.

“This has been the focus of my research for eight and one-half years,” Erdman said, “but I personally have never been involved in a subterranean landscape before. This is a first.”

Carlsbad Caverns National Park receives about 500,000 visitors annually, and has almost 200 miles of mapped caves, most of which are not open to the public. Researchers will begin by scanning everything visible from 3.5 miles of developed trail inside Carlsbad Cavern, including the Big Room, an 8.2-acre space that is the largest publicly accessible cave chamber in North America. They are making three 10-day visits in January and February, and will complete mapping by early 2019. Erdman’s team will begin its research in February, then spend a week doing field work along the 3.5-mile trail in the summer.

The research is supported by two National Park Service grants: $96,500 for the digital mapping and $85,900 for the Cultural Landscape Inventory.