U of A Digitally Preserves Important Dinosaur Tracks Found in Arkansas 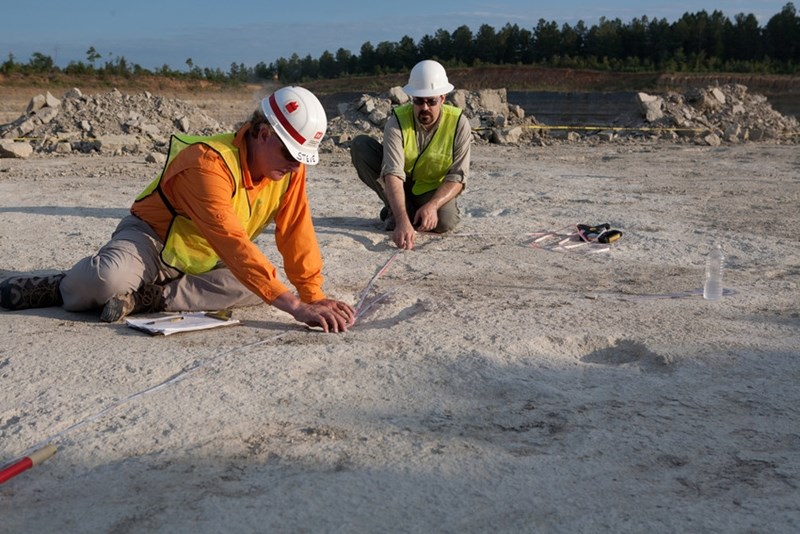 The tracks, discovered in 2011 in a working gypsum quarry near Nashville, Ark. have since been destroyed. But high-resolution digital scans taken over a period of two weeks in 2011 allowed a team of researchers to study the tracks and determine that they were made by Acrocanthosaurus, a large, carnivorous dinosaur. The findings extended the known range of Acrocanthosaurus 56 miles east, to the western shore of an ancient inland sea.

“It actually confirms that the main genus of large theropods in North America was Acrocanthosaurus,” said Celina Suarez, an assistant professor in the Department of Geosciences who was part of the team that documented and studied the tracks. “It now has been found in Wyoming, Utah, Oklahoma, Arkansas and Maryland, a huge range.”

Results of the study were recently published in the journal PLOS ONE. Researchers also created a detailed, publicly accessible online map of the site and the tracks. Brian Platt, an assistant professor of geology from the University of Mississippi, led the study. Researchers from the University of Arkansas Center for Advanced Spatial Technology (CAST) provided the scanning equipment and expertise.

the Rush to Preserve the Site

After the tracks were discovered, researchers received a $10,000 Rapid Grant from the National Science Foundation to quickly document the site. The U of A’s vice provost for research and economic development and the J. William Fulbright College of Arts and Sciences provided matching grants, for a total of $30,000.

The mining company moved its operations to allow researchers a short window of time to document the find. Researchers used LiDAR, which stands for light detection and ranging, because traditional methods would have taken too long, said Suarez. “From a technical standpoint, it’s important that the ability to rapidly scan such a large area is available to paleontologists. It was invaluable for this project since we had such little time to work.” 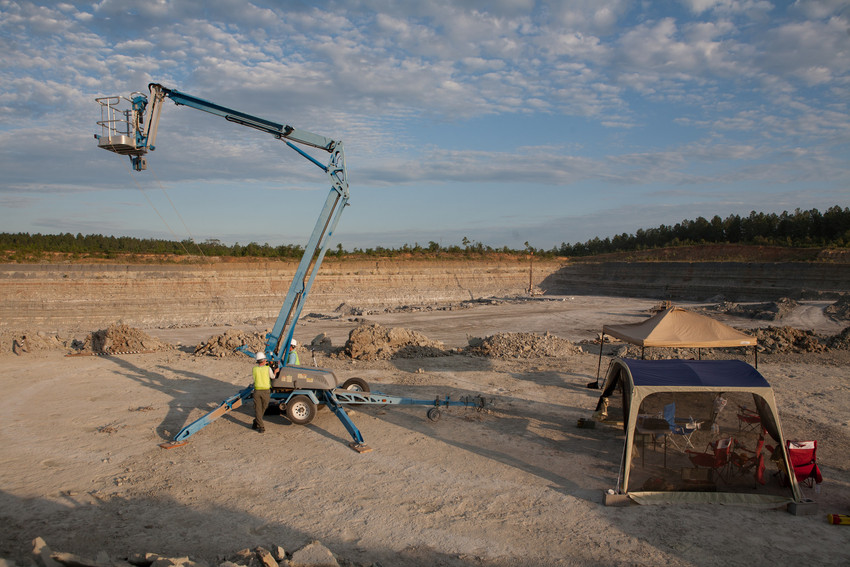 The site had two different sized Acrocanthosaurus tracks, suggesting both adult and younger animals walked the ancient tidal flat about 100 million years ago, during the Cretaceous Period. It also contained tracks made by sauropods, long-necked plant-eating dinosaurs.

LiDAR uses a pulsed laser to measure distances to the earth in tiny increments, generating a data “point cloud” that is used to digitally recreate a physical space. In this case, the equipment was mounted on a lift over the site. By analyzing carbon and oxygen isotopes of the rock at the track surface, researchers determined that the track surface was indeed the surface that the animals stepped on, rather than an underlying layer that remained when the original surface eroded.

The digital reconstruction of the trackway site can be viewed at the CAST website.