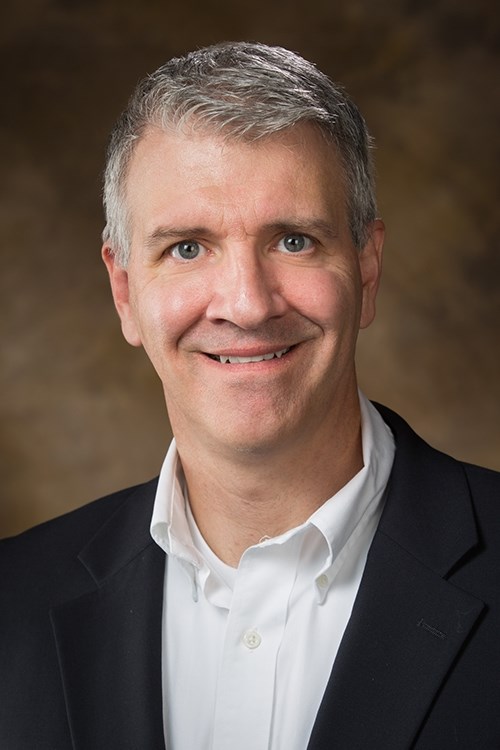 Sean Connors recently received an award for best scholarly article for a piece he wrote on how characters are represented in promotional aspects of young adult dystopian fiction.

Connors, a University of Arkansas associate professor of English education, and his undergraduate students conducted an informal study of how publishers represent characters in the packaging and promotion of young adult dystopian novels, including images on front and rear covers, award stickers and plot summaries.

Connors received the Nielsen-Donelson Award for the article, titled "Becoming Mockingjays, Encouraging Student Activism Through the Study of YA Dystopia." It was published in The ALAN Review, a publication of the Assembly on Literature for Adolescents of the National Council of Teachers of English, which presented the award.

"Questions we asked included, who is represented in the promotional aspects of YA dystopias, who is not present, who is in the foreground or the background, and how does language used to summarize the story position the characters as certain types of people?" Connors said. "We found that white females are overwhelmingly represented. Young people of color or those in the LGBT community are far less visible, regardless of the role they might play in the story. Even when characters of color are featured as protagonists, book covers tend to make their radial identity ambiguous. They may be seen in silhouette, for example."

The journal article focused on how educators can position students to attend to issues of representation in literature, and how difficult it can be for teachers to find books that represent the experiences of all of their students, he said. His university students, the majority of whom identify as white, hadn't noticed how often book covers normalize whiteness before they completed the research project, Connors said.

Connors quoted work by scholar Rudine Sims Bishop to explain the importance of the study's findings. Bishop wrote that books can be mirrors or windows. As mirrors, books reflect a reader's experience, allowing them to read about people like themselves, while windows provide insight on other people's experiences and ways of being in the world that aren't reflective of the reader's experiences.

"My students wondered, if readers who identify with the dominant culture only ever see their own experiences represented in books, how can they ever expect to understand the experiences of other people," Connors said.