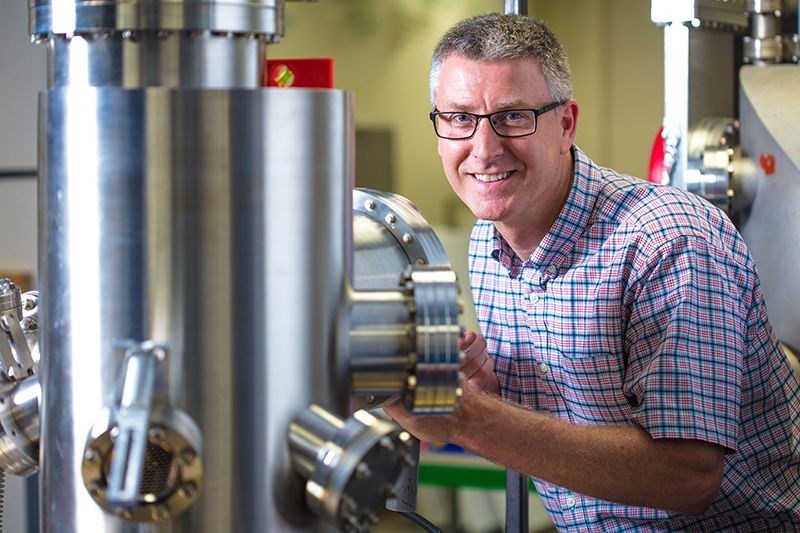 The research of Paul Thibado, professor of physics at the University of Arkansas, provides strong evidence that the motion of two-dimensional materials could be used as a source of clean, limitless energy. Thibado and his students studied the movements of graphene, which is composed of a single layer of carbon.

Thibado has taken the first steps toward creating a device that can turn this movement into electricity, with the potential for many applications. He recently applied for a patent on this invention, called a Vibration Energy Harvester, or VEH.

Thibado predicts that his generators could transform our environment, allowing any object to send, receive, process and store information, powered only by room temperature heat.

This would have significant implications for the effort to connect physical objects to the digital world, known as the Internet of Things. This self-charging, microscopic power source could make everyday objects into smart devices, as well as powering more sophisticated biomedical devices such as pace-makers, hearing aids and wearable sensors.

Read more about this research on the Research Frontier website.

The Department of Physics is part of the J. William Fulbright College of Arts and Sciences.