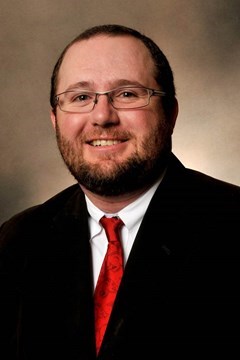 FAYETTEVILLE, Ark. - Trent Roberts in the U of A's Dale Bumpers College of Agricultural, Food and Life Sciences and the U of A System Division of Agriculture has received the Early Career Award from the Soil Science Society of America.

Roberts is assistant professor of soil fertility and soil testing in Bumpers College's Department of Crop, Soil, and Environmental Sciences. He focuses on soil fertility and plant nutrition, and the development of new soil test methods. He investigates soil-based nitrogen tests for fertilizer management in crop production with specialization in rice, wheat and corn. He also develops analytical methods for soil and plant analysis, including fractionation of soil organic nitrogen with an emphasis on identifying potentially mineralizable nitrogen.

SSSA's Early Career Award recognizes professionals who have made outstanding contributions in soil science within seven years of completing their final degree.

Roberts has been a member of the faculty since 2010. He earned his bachelor's degree in plant and soil sciences from Oklahoma State University in 2003, his master's degree in soil and water science from the University of Arizona in 2006, and his doctorate in soil fertility and plant nutrition from the U of A in 2010.

He is a member of the SSSA, American Society of Agronomy, Crop Science Society of America and the Rice Technical Working Group.