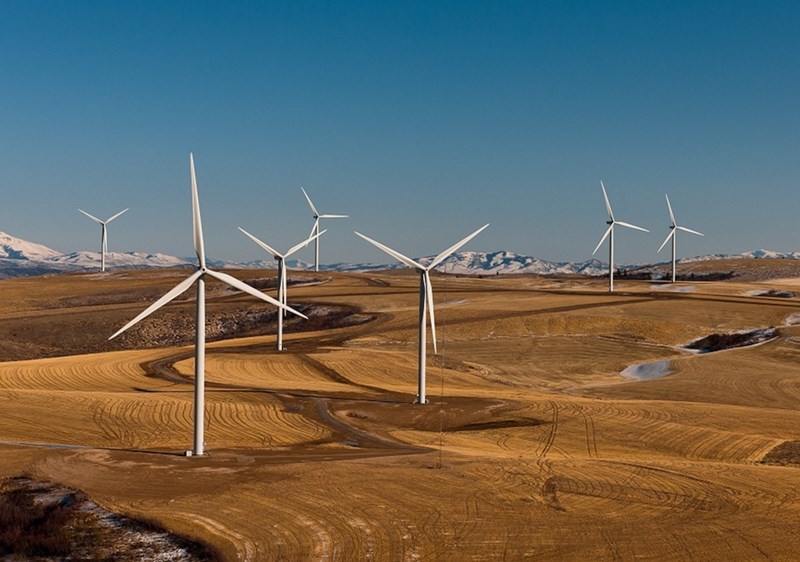 Wind farms are a common source of renewable energy that needs to be stored.

FAYETTEVILLE, Ark. – In an effort to find better ways to store renewable energy, physicists at the University of Arkansas, in collaboration with a scientist at the Luxembourg Institute of Science and Technology, have shown that antiferroelectrics can provide high energy density. The findings may lead to storage devices that improve the efficiency of wind and solar power.

Because the production of renewable electricity may fluctuate from second to second, any device designed to store it must cope with constantly changing loads and still achieve high energy density relative to size. Batteries, supercapacitors and other technologies that can achieve high densities typically cannot react quickly enough to changing conditions. Traditional electrostatic capacitors can react quickly, but can’t hold enough energy for large-scale use.

U of A researchers Bin Xu, a research associate in the Department of Physics, and Laurent Bellaiche, Distinguished Professor of physics, along with Jorge Íñiguez at LIST, showed that antiferroelectrics may be able to achieve both goals. They published their findings in May in the journal Nature Communications.

Antiferroelectrics become ferroelectric with the application of a high enough electric field. By exploiting this characteristic, researchers predicted that high energy density and efficiency can be achieved in antiferroelectrics, in particular with the rare-earth substituted bismuth ferrite material used in this study. The paper explored improving the storage performance with further manipulation of the electric field. They were also able to create a model that explains the connection between energy density and the electric field, which points toward further research in the future.