Concert Pianist, Former U of A Music Student, Debuts at Royal Albert Hall 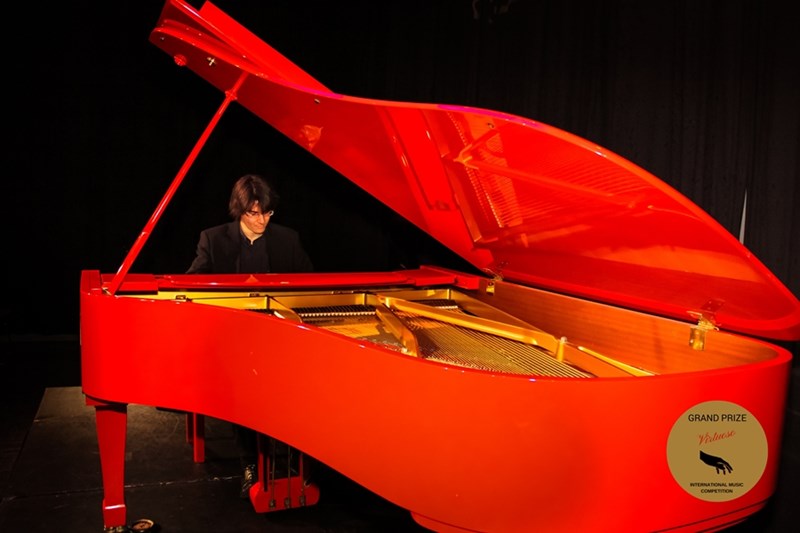 FAYETTEVILLE, Ark. – Uriel Pascucci, who recently studied at the University of Arkansas under piano professor Jura Margulis, made his London debut performance during a concert at the Royal Albert Hall last month.

Pascucci’s London debut was the result of his winning Second Prize in the prestigious International Music Competition “London” Grand Prize Virtuoso 2017. He was awarded the prize based on his interpretation of Beethoven’s Piano Sonata Op. 2 No. 3 in C Major, one of the composer’s earlier works, which he dedicated to his composition teacher, Joseph Haydn.

“This is the first international piano competition prize that has been awarded to a University of Arkansas piano performance graduate in generations,” Margulis said.

Pascucci has dual citizenship in Argentina and Italy, and studied under Margulis at the University of Arkansas from August 2015 through Decemberf 2016. The 31 year old pianist has performed concerts in Argentina, Germany, Spain, Switzerland, and the United States. He has previously been awarded prizes and honors in piano competitions in Argentina.

“It has been a pleasure to study at the University of Arkansas where I was honored to work under Professor Margulis,” Pascucci said.

Pascucci’s London performance can be viewed at this link.