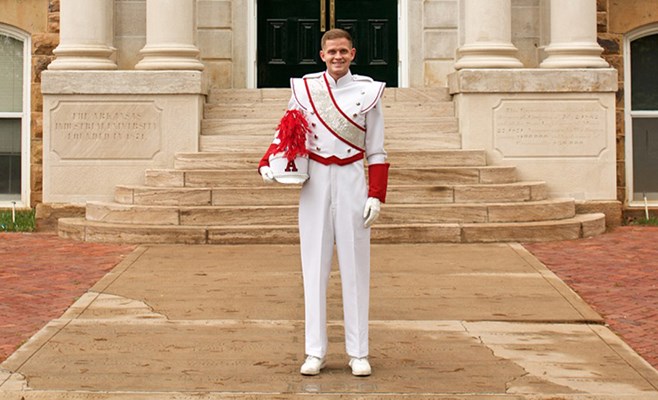 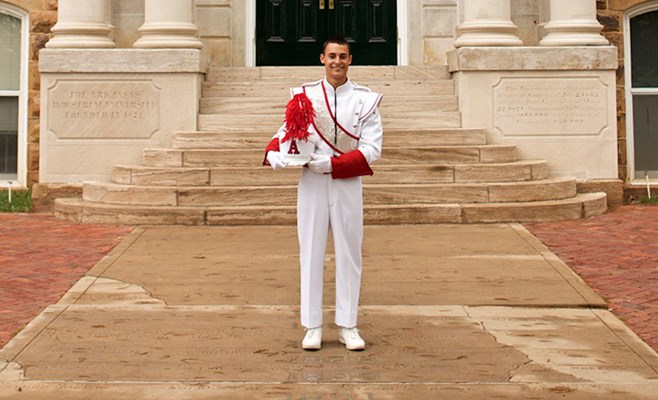 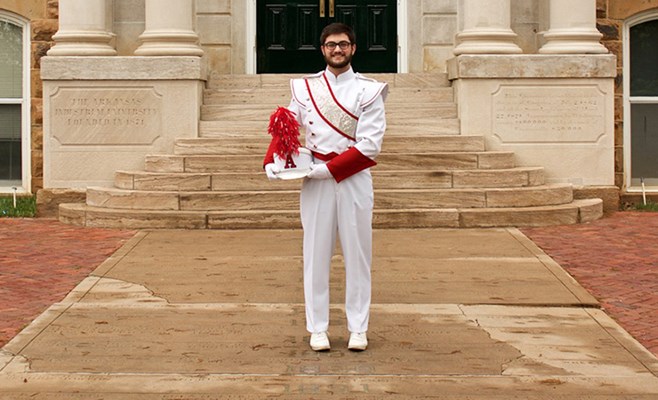 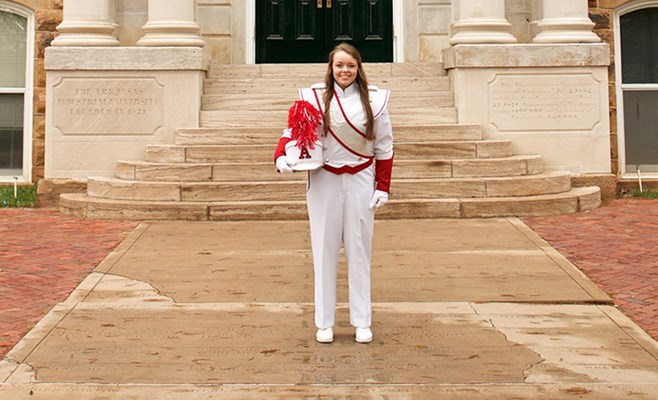 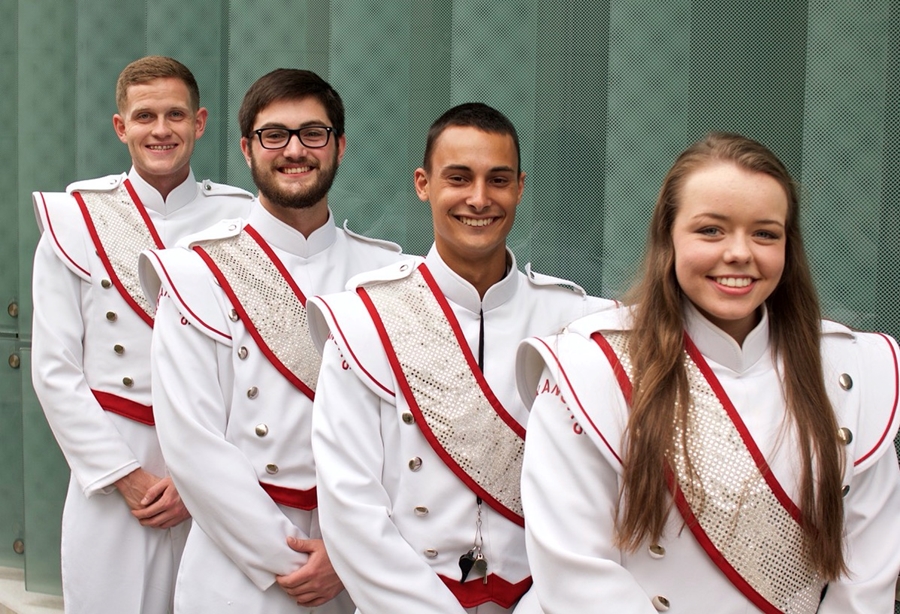 Drum major candidates go through a rigorous audition adjudicated by faculty. During the selection process, students are required to teach marching fundamentals, demonstrate the traditional strut, conduct a musical selection, and complete an interview with band faculty.

"Student leadership is vital to the success of our program," said Benjamin Lorenzo, director of the Razorback Marching Band. "We are looking forward to Matt, Scott, Jack Ryan, and Madison adding to the long legacy of talented and dedicated Razorback drum majors."

Matt Ford is a first-year drum major. He is a junior biology major in the Department of Biological Sciences and plays percussion.

"It's an honor to be given this opportunity to help lead the next edition of the RMB, an organization that has done much to shape who I am today," Ford said. "I'll be working alongside incredible people, and I'm looking forward to a great season!"

"Being chosen as drum major the past two seasons has allowed me to serve the Razorback Marching Band in a way that reflects how the organization poured into me, when I was a freshman," Lirgg said. "The RMB has enabled me to have a variety of different experiences, and I am just happy to be a part of such a great organization."

Jack Ryan Porter is a first-year drum major. He is a junior mechanical engineering major in the College of Engineering and plays trumpet.

"To be a leader in any aspect is to be a servant even more, and this position is no different," Porter said. "I am beyond excited and grateful to have the opportunity to serve this exceptional program. As details are being finalized heading into the upcoming school year, it is shaping up to be a phenomenal season for the RMB!"

Madison Spyres is a first-year drum major. She is a sophomore majoring in kinesiology in the College of Education and Health Professions and plays trumpet.

"I am extremely humbled and excited to have the opportunity to serve the Razorback Marching Band as a drum major alongside these other talented and enthusiastic people," Spyres said. "They are great friends, leaders, and, teachers. I'm looking forward to working with them and making the 2017 season one to remember!"

About the University of Arkansas Bands: The University of Arkansas Bands Program, inside the Department of Music in the J. William Fulbright College of Arts and Sciences, began in 1874 and is one of the oldest band programs in the country. The program has six ensembles including the Razorback Marching Band, Hogwild Band, and four concert bands with over 400 student members representing every college at the university.