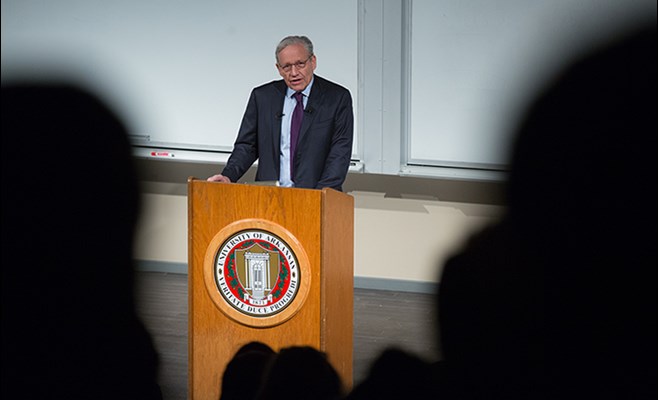 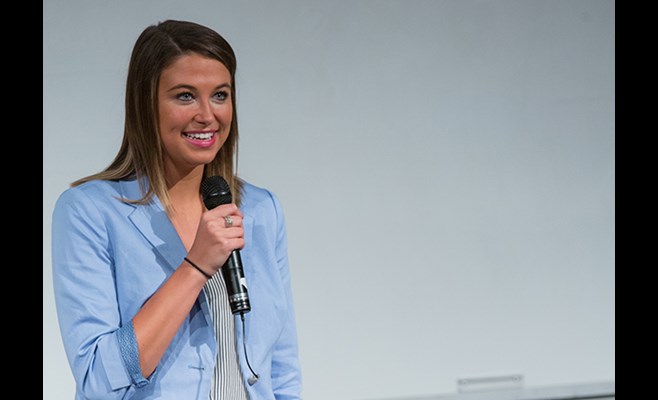 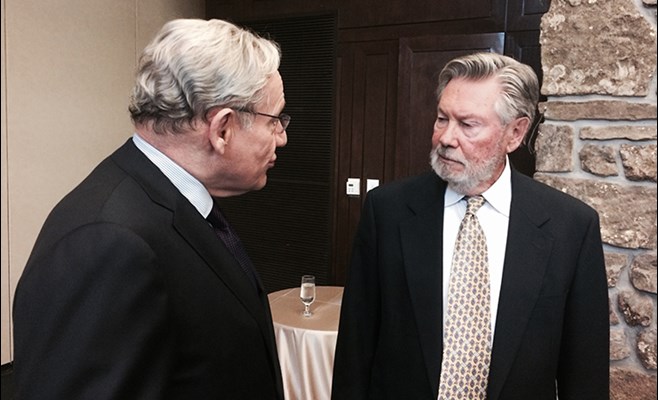 Bob Woodward and Roy Reed talk prior to the lecture. 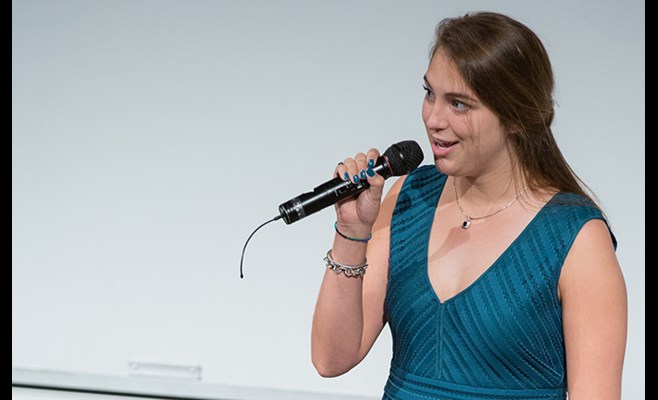 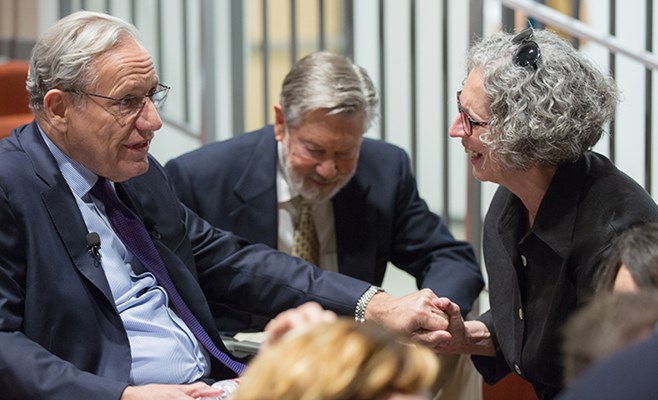 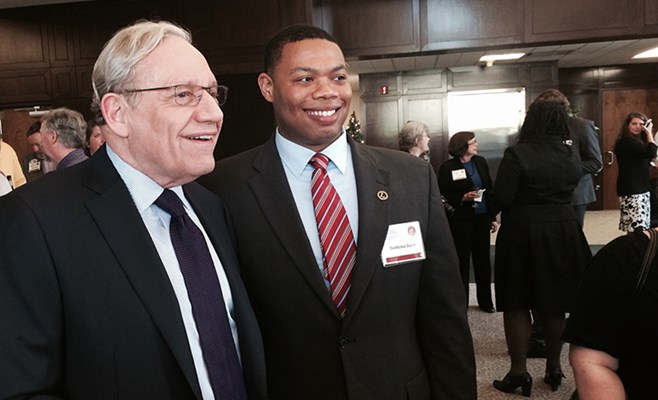 Before the lecture, Bob Woodward talked with DeMarius Davis at a reception. 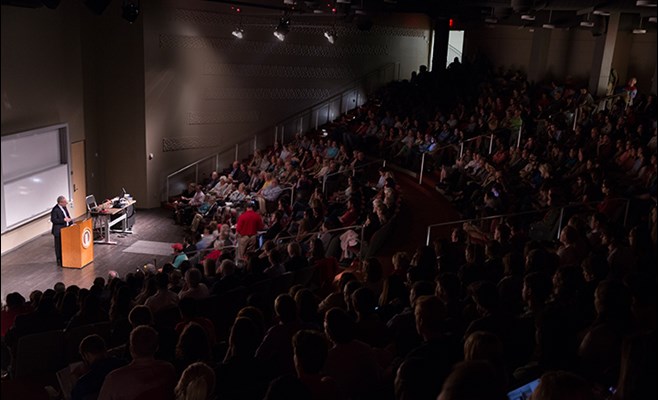 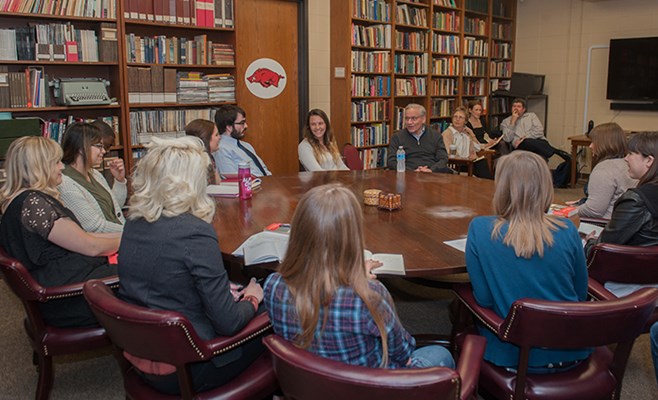 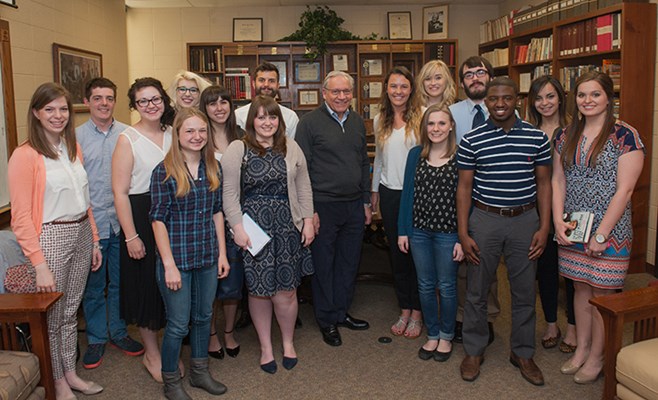 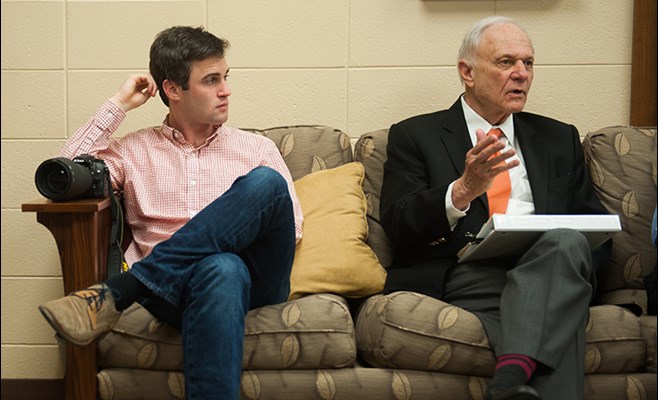 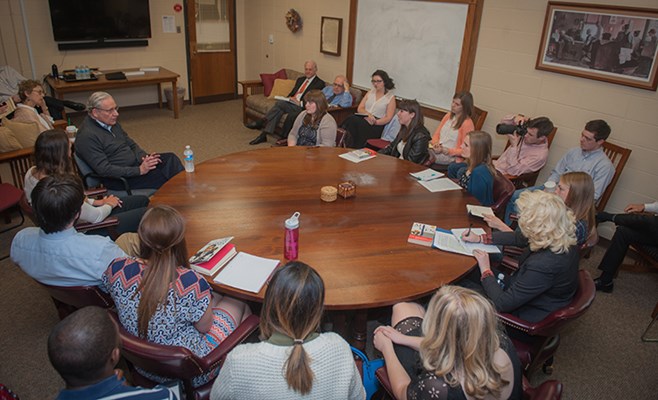 The round table discussion. 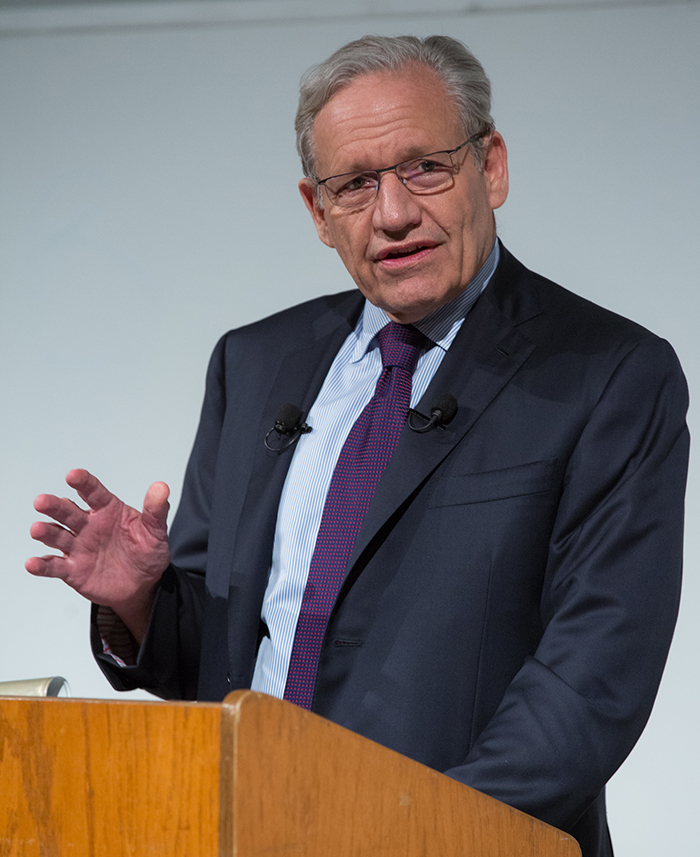 Reporter and author Bob Woodward of the Washington Post.

FAYETTEVILLE, Ark. – Famed journalist Bob Woodward told students about the presidents whom he has covered for the Washington Post during the last 40 years, from Richard Nixon to Bill Clinton to Barack Obama, with some speculation that even Hillary Clinton "might be running for some political office, too."

That last line was delivered facetiously to laughter from a full crowd of students, faculty, staff and alumni each of them well versed in all things Clinton and enjoying history from Woodward's perspective at Hillside Auditorium at the University of Arkansas on Thursday evening.

Woodward was speaking as a distinguished lecturer but also as the Roy Reed Lecturer, brought to campus by the Distinguished Lecturers Committee, the Walter J. Lemke Department of Journalism and the Fayetteville Public Library. He will speak again at 7 tonight, Friday, April 10, at the Fayetteville Public Library as part of the FPL Author Series. It is open to the public.

Woodward told the university crowd that his measure of a president was how well that president moved the country toward a new good, whether in the context of a particular time that meant toward a better economy, through a war or by providing health care to its citizens.

In talking with journalism students prior to the lecture, Woodward told them that it was "interesting to think about Bill Clinton in the context of today." He suggested that President Obama suffered because he tended not to make as much connection with the people whom he needs in pushing his own programs. In essence, he should take Human Relations 101. "As you know, Bill Clinton invented Human Relations 101."

Woodward reiterated that theme, telling the crowd about an interview he conducted with Clinton early in his term about the budget.

"His eyes. He never blinked," Woodward said. "He's looking straight at you, and he never blinks. All his attention is on you. He left me thinking he understood the brilliance of my questions."

Woodward and his colleague, Carl Bernstein, are probably best known as the reporters who unraveled the threads of the Watergate scheme and eventually exposed the criminal acts being organized by the Nixon White House, which in turn brought Nixon's resignation. His contribution to the journalistic record of America since, both in reporting and authoring of books, has been and continues to be prolific.