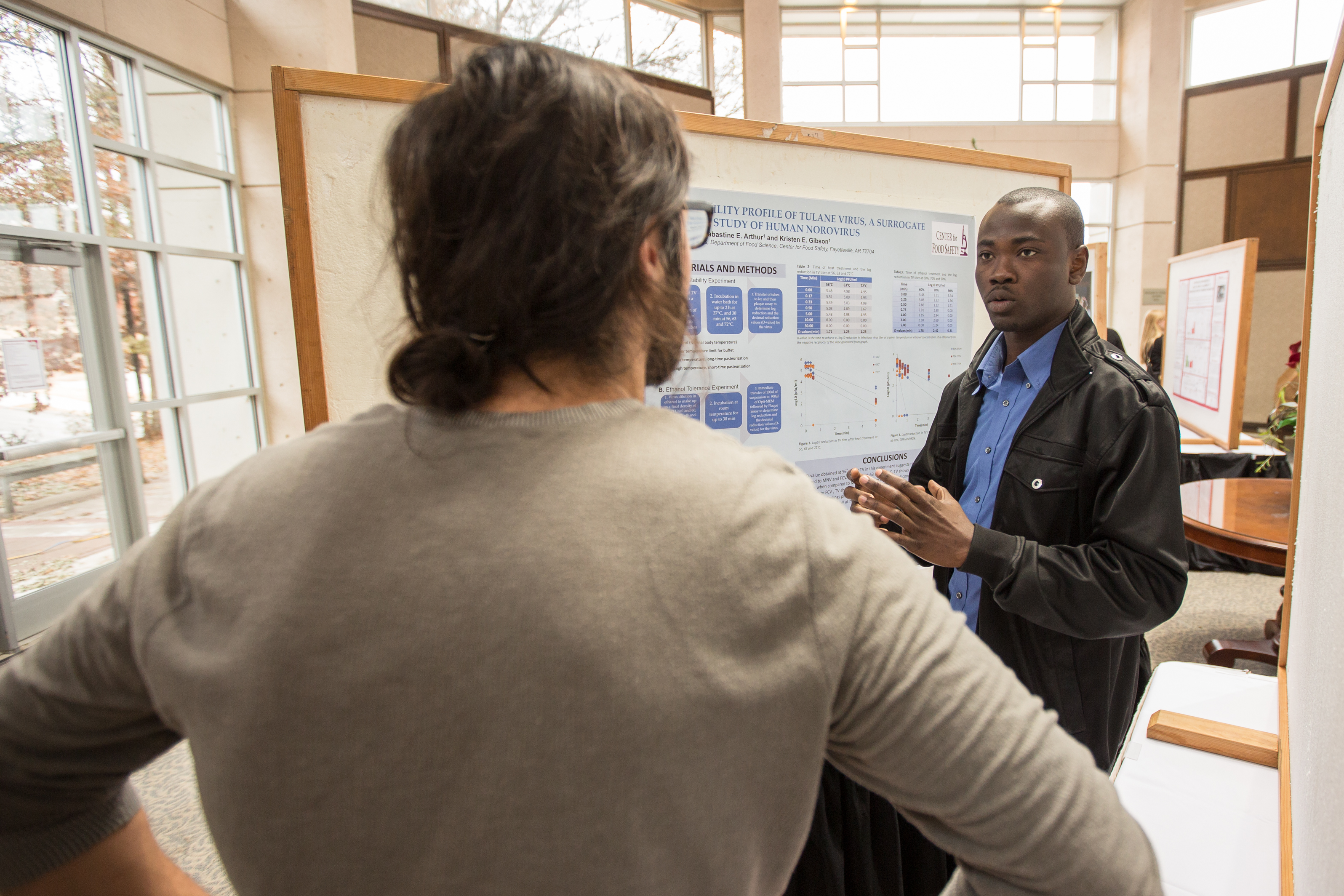 FAYETTEVILLE, Ark. – The University of Arkansas presented awards to 28 first- and second-place winners in the university’s graduate research competition during a ceremony on Tuesday, Dec. 2, at the Janelle Y. Hembree Alumni House.

“Our graduate students had another tremendous showing this year,” Chancellor G. David Gearhart told the winners and their advisers. “We greatly value our graduate students. Our faculty depends on them to assist in their research efforts and to co-author papers. And, of course, our graduate students go on to careers as faculty and researchers at some of the most prestigious universities in the nation and the world, representing the value and quality of a University of Arkansas degree.”

The award winners' posters were displayed in Sturgis Hall and the awards were presented by Gearhart and Sharon Gaber, provost and vice chancellor for academic affairs, in Boyer Hall. Kim Needy, dean of the Graduate School and International education, served as the master of ceremonies.

Nearly 140 graduate students from all academic areas on campus competed in the seventh-annual contest, “From Abstract to Contract: Graduate Student Research Poster Competition.” The public viewing and judging portion of the competition was held Nov. 15 in Mullins Library. The winners received $200; those placing second got $100.