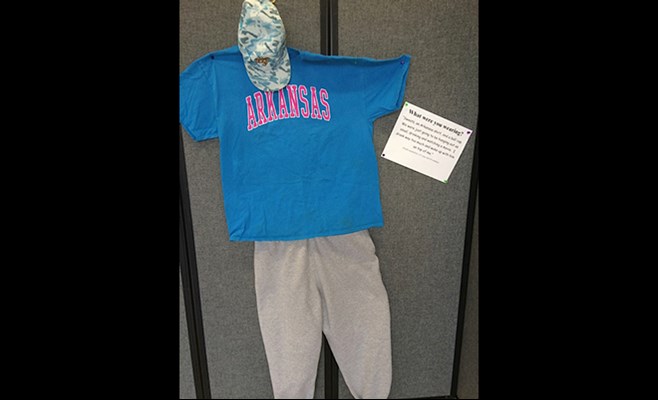 Sweats, an Arkansas T-shirt and a cap. 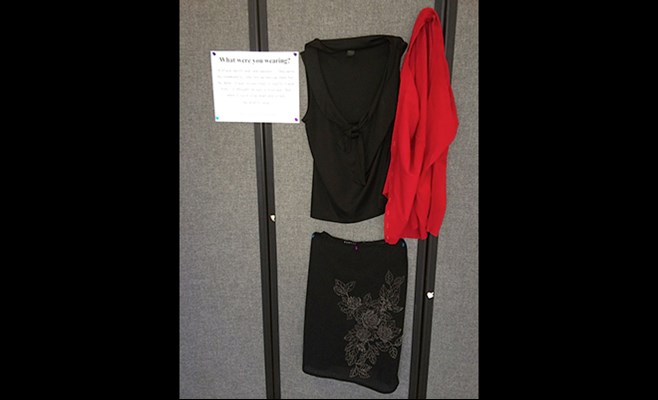 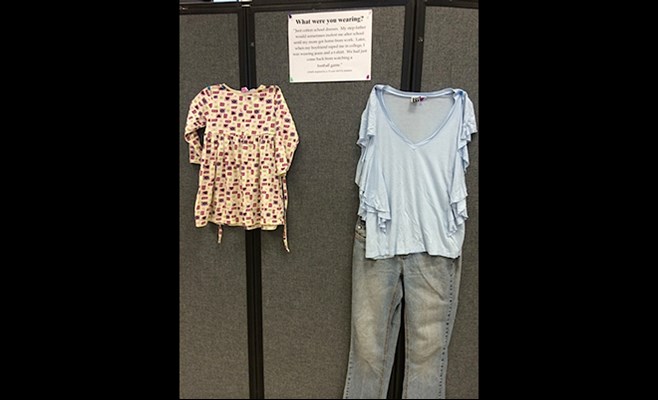 A cotton dress as child; jeans and a cotton shirt as a teenager. 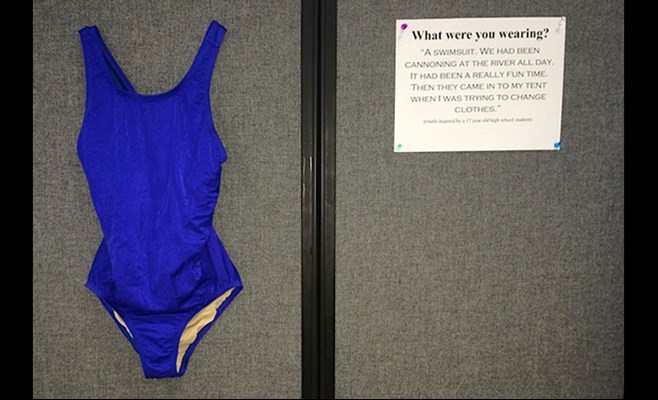 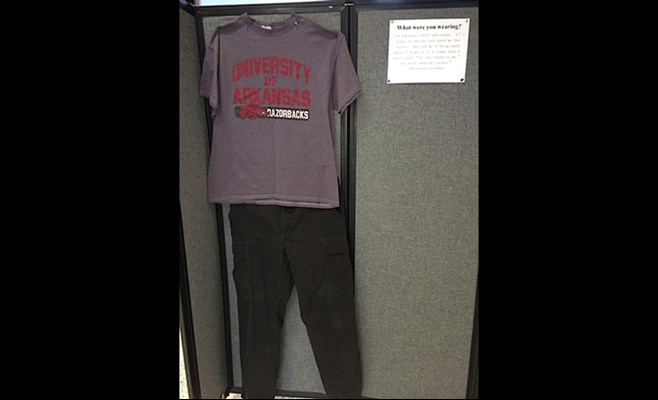 An Arkansas T-shirt and cargo pants. 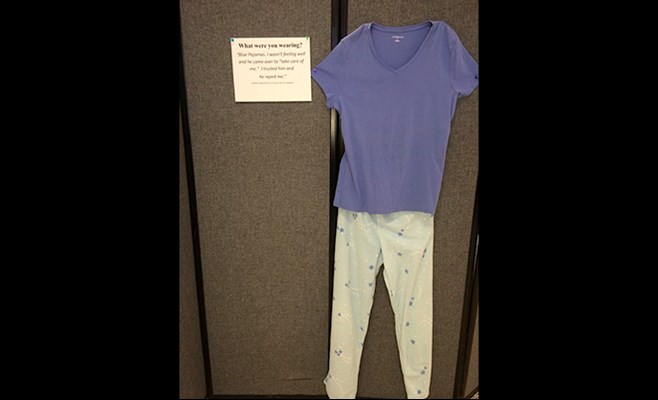 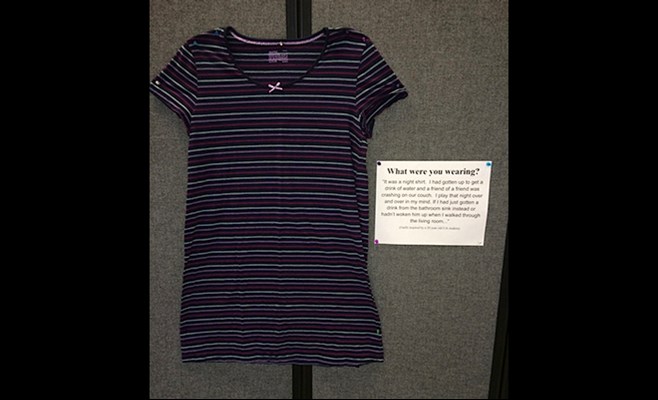 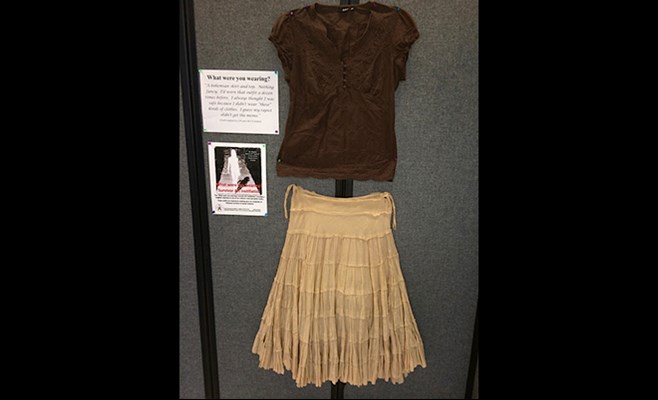 A Bohemian blouse and skirt. 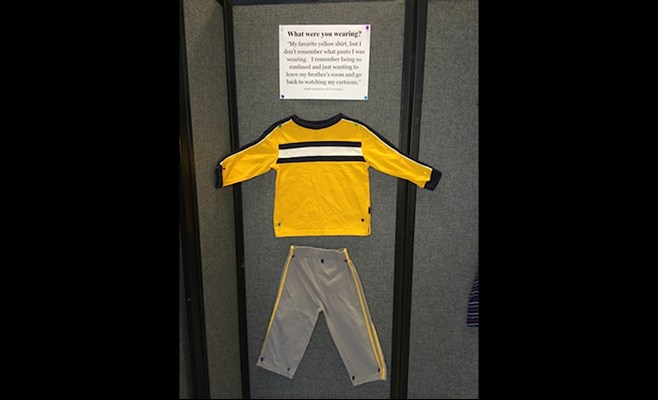 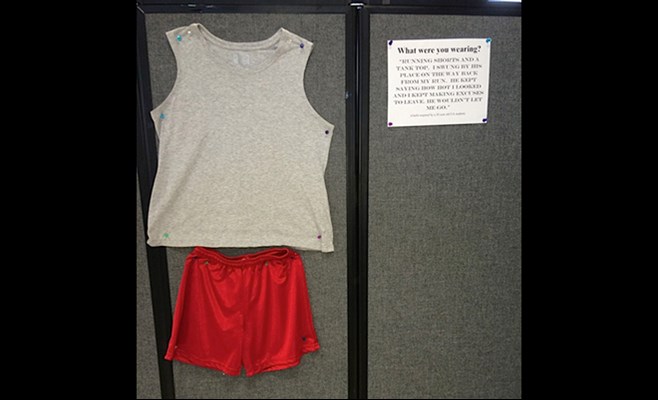 Running shorts and a tank top. 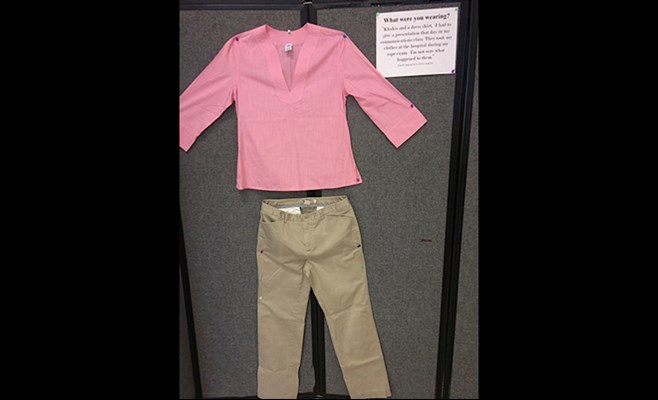 Khakis and a dress shirt. 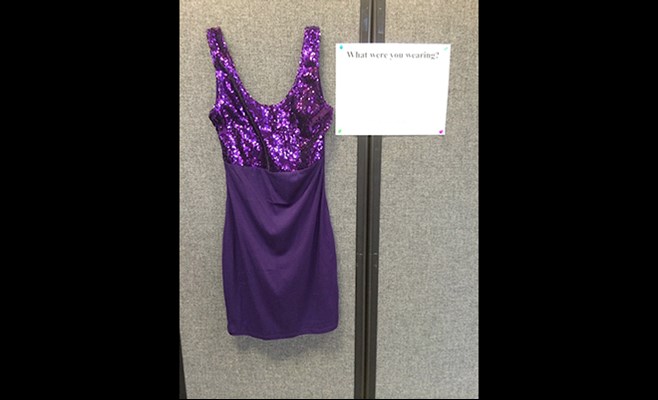 Nationally, April is recognized as Sexual Assault Awareness Month (SAAM). Kicking off awareness events this year at the University of Arkansas is the "What were you wearing? Survivor Art Instillation."

On display in the Union Connections Lounge all this week, March 31 to April 4, experience the "What were you wearing? Survivor Art Instillation. This poignant display has been inspired by clothing worn by U of A survivors of sexual violence at the time they were assaulted.

"It addresses one of the most pervasive myths of sexual violence," says Jen Carlson, STAR Central sexual violence prevention educator. Prevalent rape myths lend to blaming victims' choices in clothing for their rapes.

"However, the fact is that clothing is not the blame for rape occurring, the rapist is," replied Mary A. Wyandt-Hiebert, STAR Central director.

The "What were you wearing? Survivor Art Instillation" will remain on display until Friday afternoon. STAR Central and its RESPECT peer education program extend appreciation to all of the survivors who inspire such endeavors and the Peace at Home Thrift Store for their support of this project. Watch for additional SAAM event announcements throughout April.