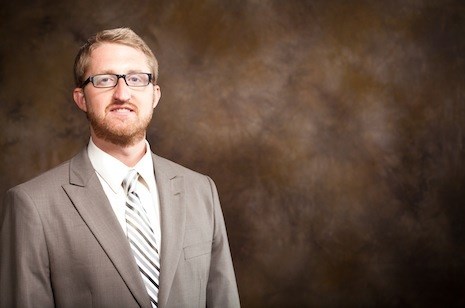 FAYETTEVILLE, Ark. – Despite increased awareness of lone-actor shootings, incidents of far-right, “lone-wolf” terrorism have been fewer in the past 10 years, according a new study by a terrorism researcher at the University of Arkansas.

Jeff Gruenewald, assistant professor of sociology and criminal justice in the J. William Fulbright College of Arts and Sciences, and colleagues Steven Chermak at Michigan State University and Joshua D. Freilich at the City University of New York examined characteristics of far-right, extremist homicides in the United States over the past decade. Relying on the Extremist Crime Database, the most comprehensive database of far-right homicides in the United States, the researchers identified three types of far-right, lone-actor terrorists.

In an article published in Studies in Conflict & Terrorism, the researchers offer a comprehensive definition of far-right extremism. Key attributes include anti-government conspiracy theories and White supremacism. Far-right extremists are those who adhere to such beliefs and commit lethal acts of violence against both political targets and social minorities. The researchers findings will inform law-enforcement officials and help police agencies craft effective policies to counter far-right, lone-wolf terrorism.

“Overall, our findings indicate that the frequency of far-right violence – in this case, homicides – committed by so-called lone wolves has not experienced a recent increase as some have suggested,” Gruenewald said. “More fatal attacks by far-right loners, lone wolves and lone-wolf packs occurred in the 1990s than in more recent years. In fact, there has been a downward trend since 2001. This finding questions claims by media, politicians and other researchers that far-right, lone-wolf attacks have increased and pose a growing threat to U.S. security.”

Recent events – the deadly shooting at Los Angeles International Airport in November and the 2011 Arizona shooting that killed six people and injured 14, including U.S. Congresswoman Gabrielle Giffords – have focused attention on domestic far-rightist violence and other lone actors. Gruenewald and colleagues sought to confirm claims that far-right, lone-wolf attacks were on the rise and to fill in other critical gaps in research on far-right, lone-wolf terrorism.

The researchers found a few commonalities across all terrorist suspect types and many important distinctions based on whether the suspect was a loner, lone wolf or member of a wolf pack. Almost all far-right, violent suspects were white men. Also, the vast majority of far-right attacks across all three categories did not involve bombs.

“Our study found that these attacks were carried out with firearms, knives or other blunt instruments, which makes the 1995 Oklahoma City bombing by far-rightists Timothy McVeigh and Terry Nichols an anomaly,” Gruenewald said.

But similarities were few compared to many important differences based on terrorist suspect type. Loners, typically in their late 30s, were more likely to target multiple victims. They were primarily concerned with anti-government beliefs and focused more on single issues, such as abortion. Roughly a third of this group affiliated with a single issue, compared to only 4 percent for lone wolves and none of the wolf-pack attacks. Loners were more likely to target abortion providers and government officials, and most of their attacks – 82 percent – involved a firearm.

Suspects in all three categories suffered with mental illness, but evidence showed that a greater percentage of loners – 40 percent, compared to 20 percent for lone wolves and only 3 percent for members of wolf packs – suffered some type of psychological disorder.

Differences between lone wolves and wolf-pack members were subtler. Of the three groups, lone wolves – those suspects who affiliated with hate groups or far-right organizations but who executed their attacks alone – were the most active in the far-right-wing extremist movement. Victims of lone-wolf attacks were more likely to be non-white. Lone wolves and especially members of wolf packs were proportionately more likely to be affiliated with neo-Nazism, many of them belonging to formal or informal groups of neo-Nazis. On average, wolf-pack members were much younger, tending to be in their early 20s, as opposed to early 30s for lone wolves and late 30s for loner suspects.

The overall most common ideological issue for both lone wolves and wolf-pack members was hatred and hostility toward racial and ethnic minorities. Not surprisingly, victims of both of these groups were more likely to be non-white. More than half of wolf-pack attacks involved knives (46 percent) or blunt objects (16 percent) as their primary weapons.

“In sum, loners come across as a very different type of offender,” Gruenewald said. “These differences are important. Law enforcement and policymakers need to keep these nuances in mind as they fashion prevention policies and respond to these type of attacks.”

In addition to Studies in Conflict & Terrorism, the researchers published an article on this topic in Criminology & Public Policy.

Since 2009 Gruenewald has served as an investigator for the Extremist Crime Database project co-led by Chermak and Freilich and funded by the National Consortium for the Study of Terrorism and Responses to Terrorism, a Department of Homeland Security Center of Excellence. At the University of Arkansas, he serves an investigator for the Terrorism Research Center, led by Brent Smith, Distinguished Professor of sociology and criminal justice. The Terrorism Research Center was recently awarded a grant from the National Institute of Justice to continue its research on precursor behaviors of lone-wolf and group-based domestic terrorists in the United States.