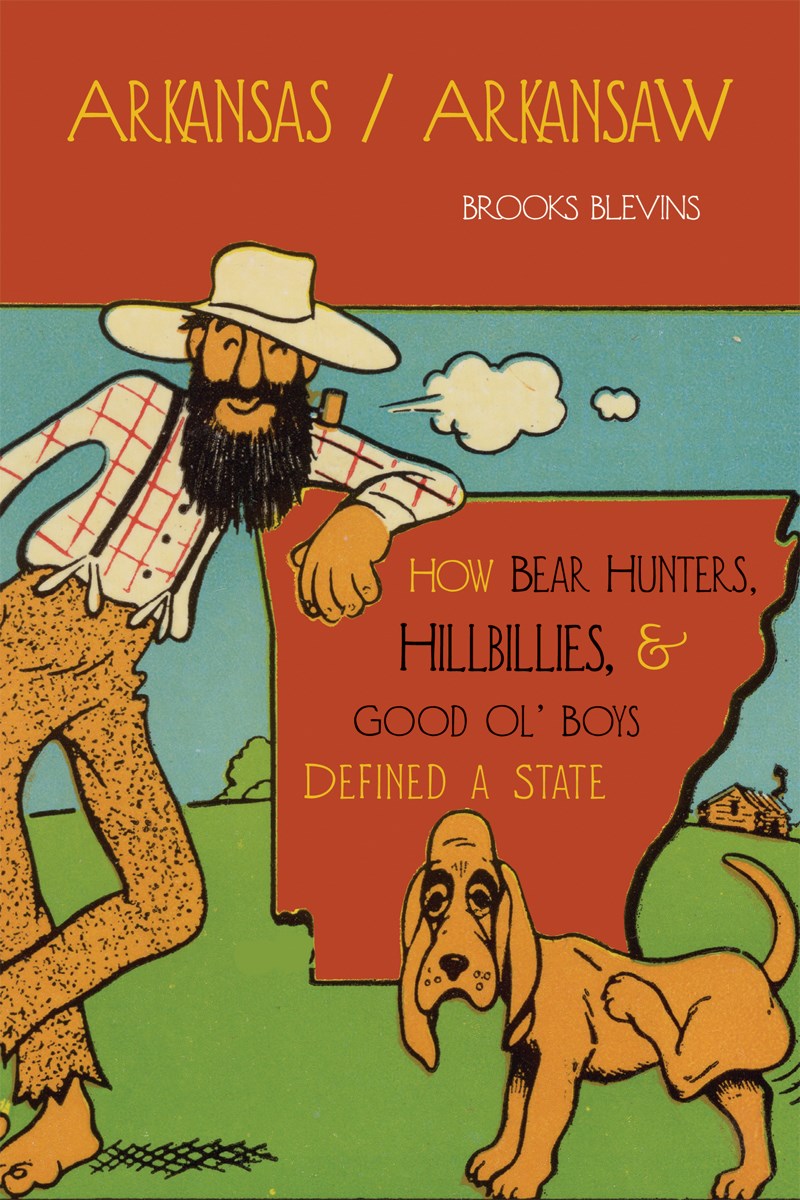 FAYETTEVILLE, Ark. – Arkansas/Arkansaw: How Bear Hunters, Hillbillies, and Good Ol’ Boys Defined a State, by Brooks Blevins (cloth $29.95), is the first book to explain how Arkansas’ negative image began and how the popular culture stereotypes have been perpetuated and altered through succeeding generations.

What do hillbillies, rednecks, slow trains, bare feet, moonshine and double-wides have in common? For many in America these represent Arkansas more than any Arkansas success stories do. In 1931 H.L. Mencken described Arkansas as the “apex of moronia.” While, in 1942, a Time magazine article said Arkansas had “developed a mass inferiority complex unique in American history.”

Brooks Blevins argues that the image has not always been a bad one. He discusses travel accounts, literature, radio programs, movies and television shows that give a very positive image of the Natural State. From territorial accounts of the Creole inhabitants of the Mississippi River Valley to national derision of the state’s triple-wide governor’s mansion to Li’l Abner, the Beverly Hillbillies and Sling Blade, Blevins leads readers on an entertaining and insightful tour through more than two centuries of impressions and perceptions of Arkansas. One discovers along the way how the state becomes simultaneously a punch line and a source of admiration for progressives and social critics alike.

Blevins says that as a longtime resident of Arkansas, born and raised in Batesville, he had “become convinced that Arkansas has received more ridicule and abuse than any other state in the union. Why is that? Is it true? I wrote this book to answer these questions for myself and for other Arkansans, as well as for those who live outside the state. This book isn’t a history of the state as much as it’s a history of the idea of the state.”

Andrei Codrescu, a commentator for National Public Radio and author of Jealous Witness: New Poems, says that “for a newcomer like myself, this book is a revelation that equips me for living in this complex region, while for natives it should be a welcome review of their state’s representations in the eyes of others. ... Arkansas will be re-imagined many times yet, and this book will be a lasting reference.”

Brooks Blevins is the Endowed Associate Professor of Ozark Studies at Missouri State University. He is the author of Cattle in the Cotton Fields, Hill Folks, and Lyon College, 1872–2002 and editor of Life in the Leatherwoods.