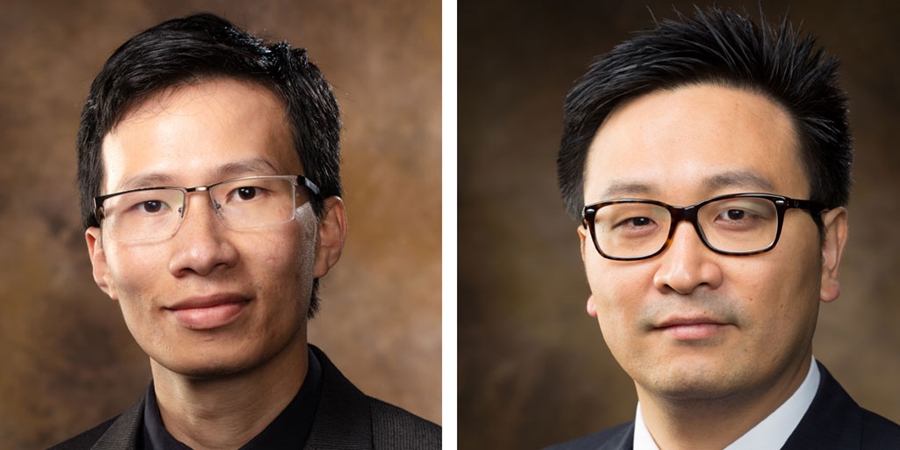 Could artificial intelligence be used to assist with the early detection of autism spectrum disorder? That’s a question researchers at the University of Arkansas are trying to answer. But they’re taking an unusual tack.

Han-Seok Seo, an associate professor with a joint appointment in food science and the UA System Division of Agriculture, and Khoa Luu, an assistant professor in computer science and computer engineering, will identify sensory cues from various foods in both neurotypical children and those known to be on the spectrum. Machine learning technology will then be used to analyze biometric data and behavioral responses to those smells and tastes as a way of detecting indicators of autism.

There are a number of behaviors associated with ASD, including difficulties with communication, social interaction or repetitive behaviors. People with ASD are also known to exhibit some abnormal eating behaviors, such as avoidance of some — if not many — foods, specific mealtime requirements and non-social eating. Food avoidance is particularly concerning, because it can lead to poor nutrition, including vitamin and mineral deficiencies. With that in mind, the duo intend to identify sensory cues from food items that trigger atypical perceptions or behaviors during ingestion. For instance, odors like peppermint, lemons and cloves are known to evoke stronger reactions from those with ASD than those without, possibly triggering increased levels of anger, surprise or disgust.

Seo is an expert in the areas of sensory science, behavioral neuroscience, biometric data and eating behavior. He is organizing and leading this project, including screening and identifying specific sensory cues that can differentiate autistic children from non-autistic children with respect to perception and behavior. Luu is an expert in artificial intelligence with specialties in biometric signal processing, machine learning, deep learning and computer vision. He will develop machine learning algorithms for detecting ASD in children based on unique patterns of perception and behavior in response to specific test-samples.

The duo are in the second year of a three-year, $150,000 grant from the Arkansas Biosciences Institute.

Their ultimate goal is to create an algorithm that exhibits equal or better performance in the early detection of autism in children when compared to traditional diagnostic methods, which require trained healthcare and psychological professionals doing evaluations, longer assessment durations, caregiver-submitted questionnaires and additional medical costs. Ideally, they will be able to validate a lower-cost mechanism to assist with the diagnosis of autism. While their system would not likely be the final word in a diagnosis, it could provide parents with an initial screening tool, ideally eliminating children who are not candidates for ASD while ensuring the most likely candidates pursue a more comprehensive screening process.

Seo said that he became interested in the possibility of using multi-sensory processing to evaluate ASD when two things happened: he began working with a graduate student, Asmita Singh, who had background in working with autistic students, and the birth of his daughter. Like many first-time parents, Seo paid close attention to his newborn baby, anxious that she be healthy. When he noticed she wouldn’t make eye contact, he did what most nervous parents do: turned to the internet for an explanation. He learned that avoidance of eye contact was a known characteristic of ASD.

While his child did not end up having ASD, his curiosity was piqued, particularly about the role sensitivities to smell and taste play in ASD. Further conversations with Singh led him to believe fellow anxious parents might benefit from an early detection tool — perhaps inexpensively alleviating concerns at the outset. Later conversations with Luu led the pair to believe that if machine learning, developed by his graduate student Xuan-Bac Nguyen, could be used to identify normal reactions to food, it could be taught to recognize atypical responses, as well.

Seo is seeking volunteers 5-14 years old to participate in the study. Both neurotypical children and children already diagnosed with ASD are needed for the study. Participants receive a $150 eGift card for participating and are encouraged to contact Seo at hanseok@uark.edu.