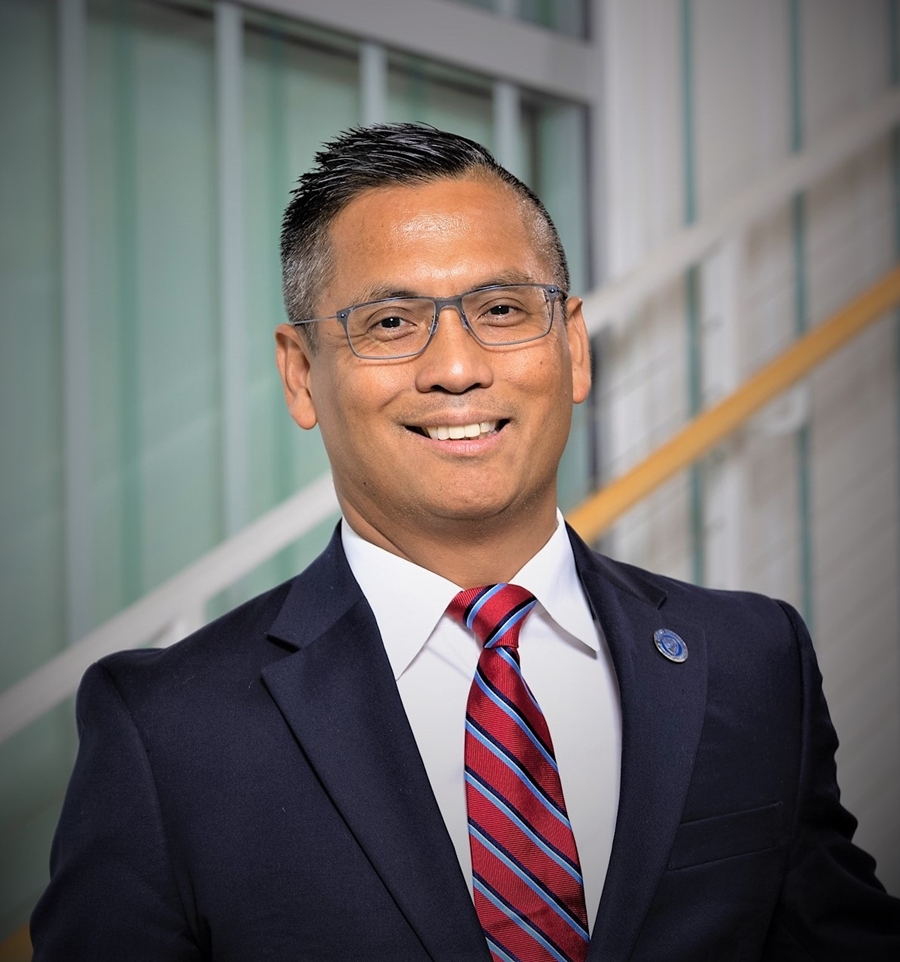 Jessie Casida, Ph.D., is the new executive director of the Eleanor Mann School of Nursing.

Jessie Casida, Ph.D., an internationally known nurse scientist, has been named the new executive director of the Eleanor Mann School of Nursing and the George M. and Boyce W. Billingsley Endowed Chair in Nursing at the U of A.

Casida joined the nursing school, part of the College of Education and Health Professions, on Aug. 1. He exemplifies leadership in research, education, practice and policy.

"I'm excited for the opportunity to work with such positive, energetic, highly dedicated faculty with the collective vision to elevate the stature of EMSON within the region and beyond," he said. "Their aspirations are timely and consistent with multiple forces driving our healthcare delivery system where nurses, in particular, are expected to create, lead and implement innovative care delivery models aimed at achieving health equity."

Kate Mamiseishvili, interim dean of the College of Education and Health Professions, said, "I'm pleased to welcome Dr. Casida to our leadership team. His extensive knowledge and experience make him an ideal leader for our dynamic and growing nursing school. I look forward to working with him."

After earning a bachelor's degree in nursing at Bicol University in the Philippines in 1988, he went on to receive a master's degree in critical-care nursing from Columbia University in New York City in 1996. He has maintained an active nursing practice for more than 30 years in New York, New Jersey, Michigan and Maryland.

In addition to his clinical expertise as an advanced practice nurse in cardiac surgical critical care, mechanical circulatory support and heart and lung transplantation, Casida has excelled in scholarship and leadership related to nursing. In 2007, he received a Ph.D. in health sciences with a concentration in health professions leadership from the Seton Hall University School of Health and Medical Sciences in New Jersey. Since the 1990s, Casida has held multiple academic appointments at New York University, Seton Hall University, Wayne State University, the University of Michigan and Johns Hopkins University in Baltimore, the #1 school of nursing in the United States, according to the 2023 U.S. News and World Report rankings.

Casida maintains an active research program funded by multiple organizations, including the Robert Wood Johnson Foundation and the National Institutes of Health. His work focuses on self-management among patients with complex medical conditions. For example, he's interested in improving outcomes among patients who have recently had heart surgery and implantation of a left-ventricular assist device. He also studies leadership and the organizational culture in the healthcare system. He has 60 peer-reviewed publications in leading journals in his field and over 180 presentations locally, nationally and internationally.

In 2019, Casida was named a Fellow of the American Academy of Nursing. This honor is reserved for the most influential scholars, practitioners, leaders and policymakers in nursing worldwide.

Casida looks forward to contributing to advancing the nursing profession in Arkansas. He'll seek input and forge partnerships with various stakeholders in the nursing and healthcare community. And he'll focus on strengthening relationships with alumni, clinical and community partners, and other stakeholders. "This is a humbling and meaningful leadership role," he said. "I'm so excited to see how EMSON evolves in years to come, which I envision is its influence in advancing the health of all Arkansans and beyond."

"Serving as director of the Eleanor Mann School of Nursing has been the great honor of my nursing career," she said. "And, now is the right time for new leadership. Jessie Casida is a visionary leader who will put into daily practice the values and mission the faculty, staff and students all share. I look forward to seeing the many ways in which the nursing school will continue to expand under his leadership."

About the Eleanor Mann School of Nursing: The Eleanor Mann School of Nursing in the College of Education and Health Professions is at the forefront of academic nursing. The school's programs prepare tomorrow's nurse leaders. From pre-licensure degree options to graduate degrees, the school's accredited programs help prepare students for a wide range of career pathways in nursing.