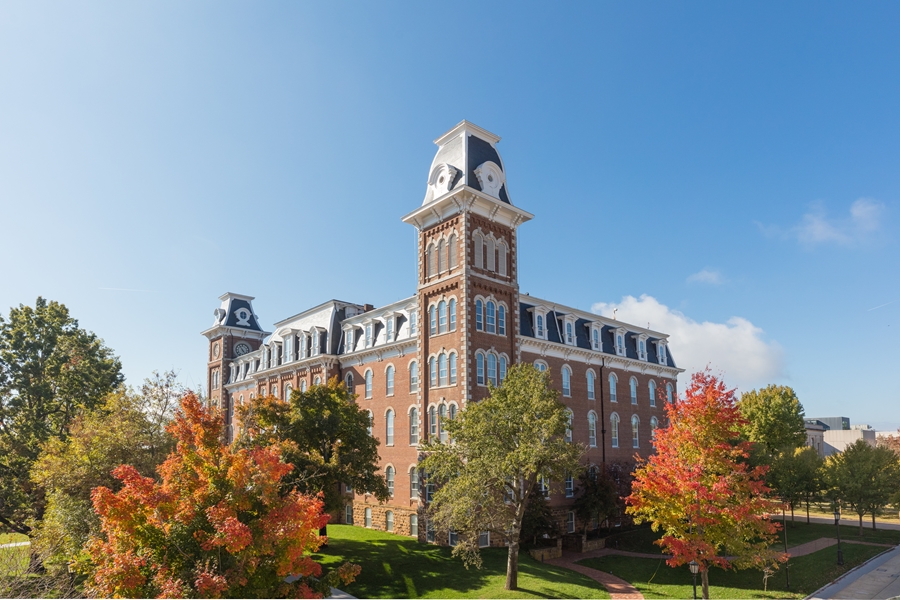 Old Main on the University of Arkansas campus.

Thanks to an endowed gift from Carl and Marlys Fallen to the Fulbright College of Arts and Sciences, the University of Arkansas' famous Old Main building will continue to be a beacon of higher education in Arkansas for generations to come.

That's because the Fallens' generous $1 million gift has established the new Carl and Marlys Fallen Old Main Endowment, which is dedicated to the perpetual upkeep and maintenance of Old Main.

"I've always looked at Old Main as the centerpiece of the university," Carl said. "It's just the iconic campus building for me, and I know for other people, too." 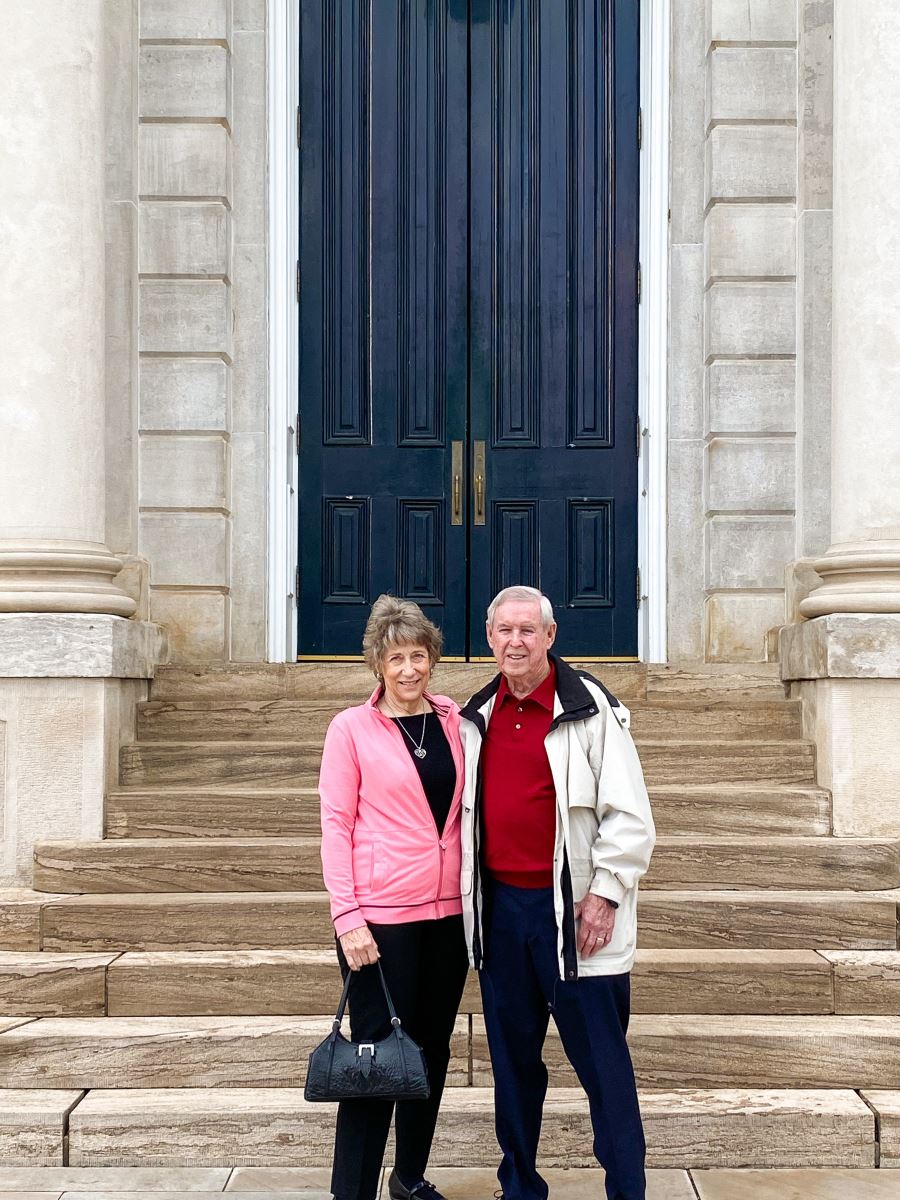 And it's iconic Old Main, the U of A's oldest building, that is also a primary feature of the Fayetteville landscape, with its towers extending above the surrounding hills and structures, easily spotted from miles away.

Old Main's beginnings as an icon harken to its groundbreaking in 1873, and in 1970, it was added to the National Register of Historic Places. Following deterioration of the building in the 1970s and 80s, a $10 million restoration brought the building back to full operation and stature in the spring of 1991.

The building's 149-year history and presence in the Ozarks are especially meaningful to Carl, who grew up near Fayetteville and had a long-held desire to attend the U of A. After military service following his first year at the university, Carl completed his degree in 1963 and enjoyed a successful career with Tulsa Oil and Gas Company, where he met Marlys.

During a visit to campus this spring, Carl recalled his days as an undergrad taking classes in Old Main, and a glimpse inside Giffels Auditorium brought back a fond memory.

"When I returned from the military and enrolled again, one of my classes was in the Old Main auditorium, and I remember that very well because we had to do a show-and-tell speech," Carl said. "I was not a speaker, but I thought I could give them something none of them had seen before — that is to show them how a parachute works."

So, Carl said, he then "went down to Drake Field and asked if I could borrow one of their parachutes." 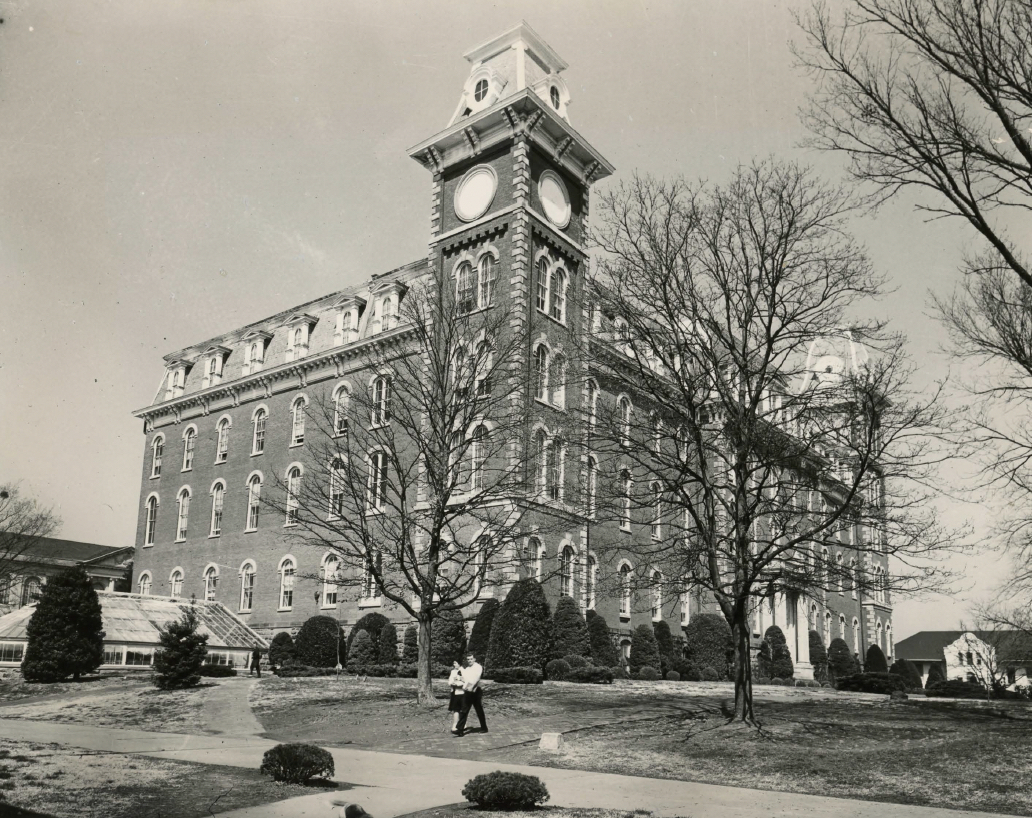 "With 20 or so [people] in the class, all sitting in the auditorium, I was the first to speak. I went through my spiel and showed how it worked. That experience sticks with me to this day," he said.

For Carl and Marlys, recently revisiting campus, recalling that memory and looking out onto the Old Main lawn further underscored their steadfast belief in higher education's transformational potential.

Both credit family for inspiring this belief.

Carl said his grandmother instilled his value of education. She helped him and several relatives financially in their pursuit of a degree. Education was always a family affair, with Carl's sisters also supporting him during college and his father, brother, daughter and grandson all spending time as students at the U of A.

For Marlys, who grew up near Eastern Illinois University (that coincidentally has an Old Main of its own) where her dad owned and operated a "hangout spot across from campus," it was her mother who drove home the value of education. 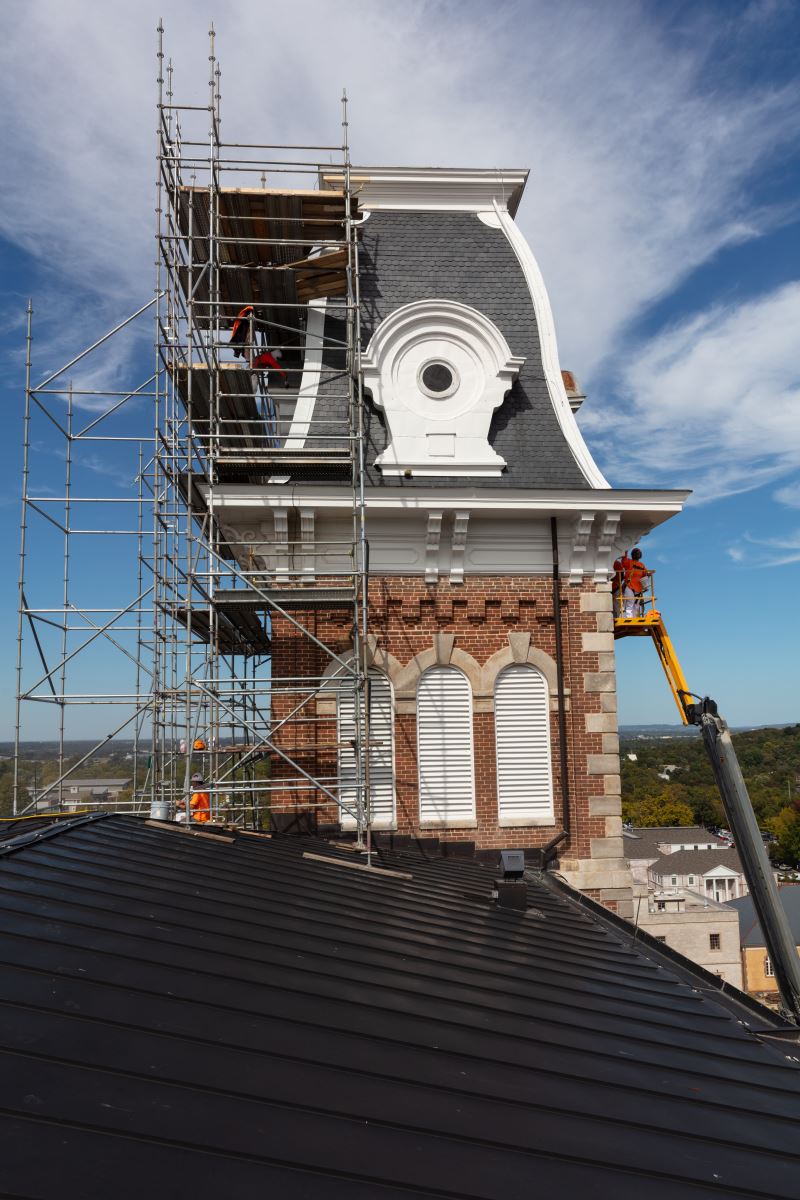 "I grew up with a mother who valued education and always told us we must go to college," Marlys said. "It's the chance to improve your life and the life of others because you're educated."

Since then, the Fallens have also financially supported several family members who sought a college degree in addition to funding The Carl and Marlys Fallen Access Arkansas Scholarship, which is available to students from Elkins High School who pursue a degree at the U of A.

The Old Main gift is the latest commitment that the Fallens have made to help ensure higher education remains a cornerstone in Arkansas. Because the gift was established as an endowment, it will be able to support Old Main's upkeep and maintenance in perpetuity, ensuring the building remains a staple of the U of A campus and experience.

"This remarkable gift from Carl and Marlys will have a potentially centuries-lasting impact on our campus," said Todd Shields, dean of Fulbright College. "Old Main has been 'the light on a hill' for higher education in Arkansas for nearly 150 years, and this gift will help ensure it will for another 150 years and many more after that."

In addition to being an iconic landmark, Old Main is home to the Fulbright College Dean's Office as well as multiple academic departments, centers and faculty of Fulbright College. The 106,055-square-foot, five-story building is also a mainstay for thousands of students during the school year who daily attend class, conduct research and visit with faculty in Old Main.

"On behalf of these thousands of students, faculty, staff and alumni who all hold Old Main so close to their hearts, I want to express our sincerest gratitude for the Fallens' generosity —thank you for this amazing and meaningful gift!" Shields said. 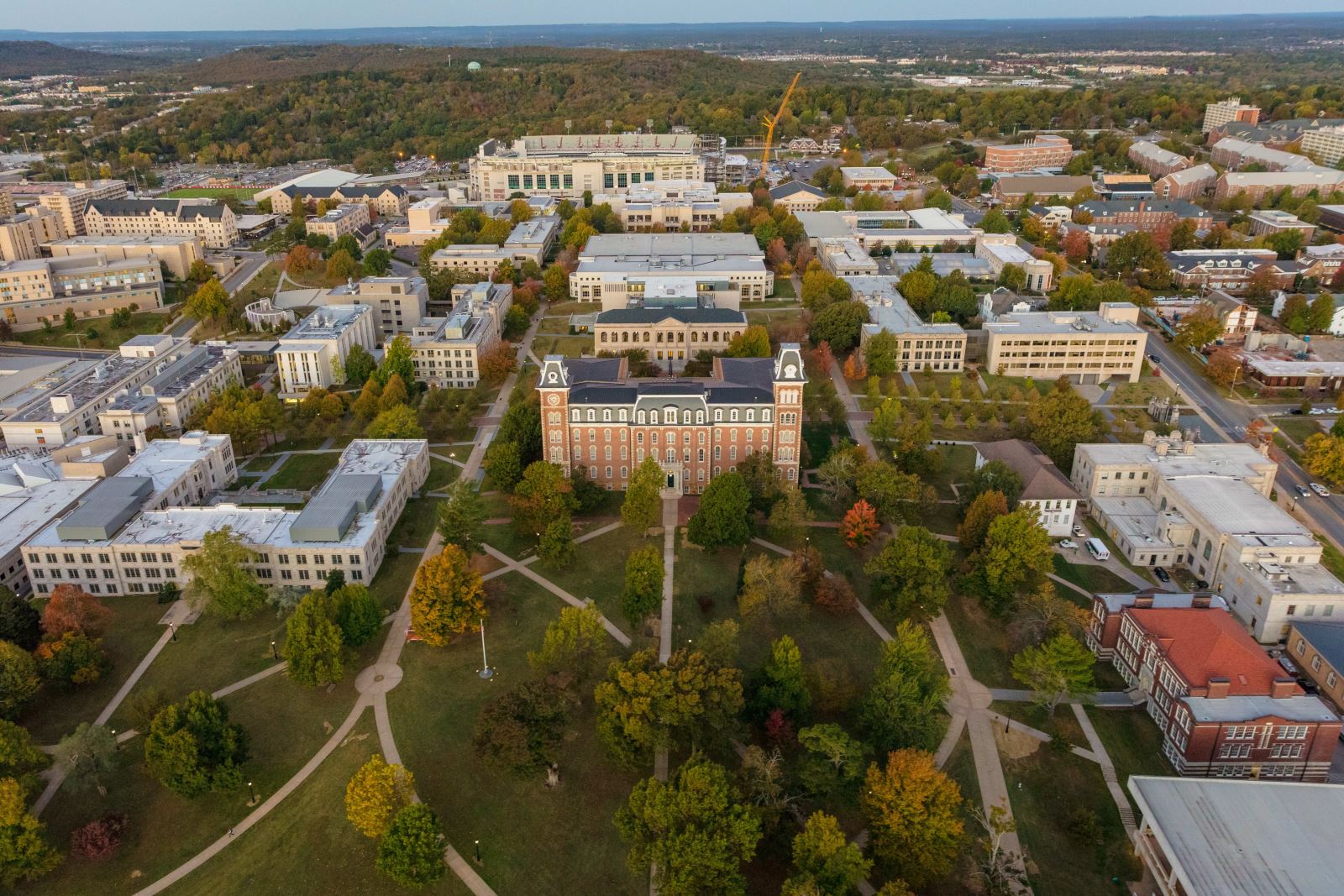 Old Main is the Fayetteville campus's only remaining 19th-century building, designed by Chicago architect John Van Osdel and constructed by W.Z. Mayes and Company of Fayetteville. Nearly all the building's materials came from Arkansas: the sandstone foundation, the bricks fired on the campus grounds, the limestone windowsills and wood milled from Ozark forests — "a poetic testimony and reminder of the role and responsibility of the state's flagship land-grant institution," Shields said.

For more information about the Carl and Marlys Fallen Old Main Endowment or to make a gift to support it or the college, please contact Fulbright College's Office of Development at (479) 575-3712 or fulbright@uark.edu.