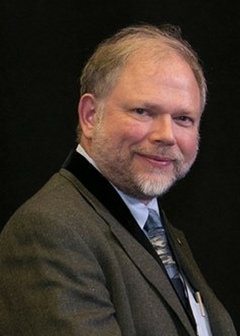 Spicer is a Ralph E. Martin Department of Chemical Engineering professor whose research interests include examining hazards from airborne contaminants and from fire and explosion phenomena. The funding he received is for hazard and risk analysis related to chemical and material threats. Battelle's funding is for five years and has a contract ceiling amount just below $1.5 million.

This funding will allow Spicer to continue developing state-of-the-art technology to assess the consequences for potential releases of toxic or flammable clouds. His research team will examine the amount of ammonia that would be removed from a toxic cloud by environmental materials. This project is made possible by the unique experimental capabilities of the Controlled Environment Reactivity Test facility housed and maintained at the U of A Engineering Research Center by the Chemical Hazard Research Center and the Ralph E. Martin Department of Chemical Engineering.

This work builds on past studies conducted at the test facility, which found that current assessment practices could significantly over-predict chlorine removal in the case of an accidental release. Wind tunnel experiments were used to physically model releases of chlorine clouds and assess reactivity as part of the Jack Rabbit II field tests.

Founded in 1929, Battelle serves the national security, health and life sciences; energy; and environmental industries. Battelle is the largest independent nonprofit research and development institute in the world.

The Chemical Security Analysis Center was established by the Department of Homeland Security to identify and assess chemical threats and vulnerabilities in the United States and develop the best responses to potential chemical hazards. The center conducted the aforementioned Project Jack Rabbit.

Spicer received his Ph.D. in engineering from the U of A in 1985. He completed his Bachelor and Master of Science in Chemical Engineering at the university in 1981 and 1983, respectively. Spicer is the director of the Chemical Hazards Research Center. The facility features multiple wind and dispersion tunnels, including an ultra-low-speed wind tunnel.