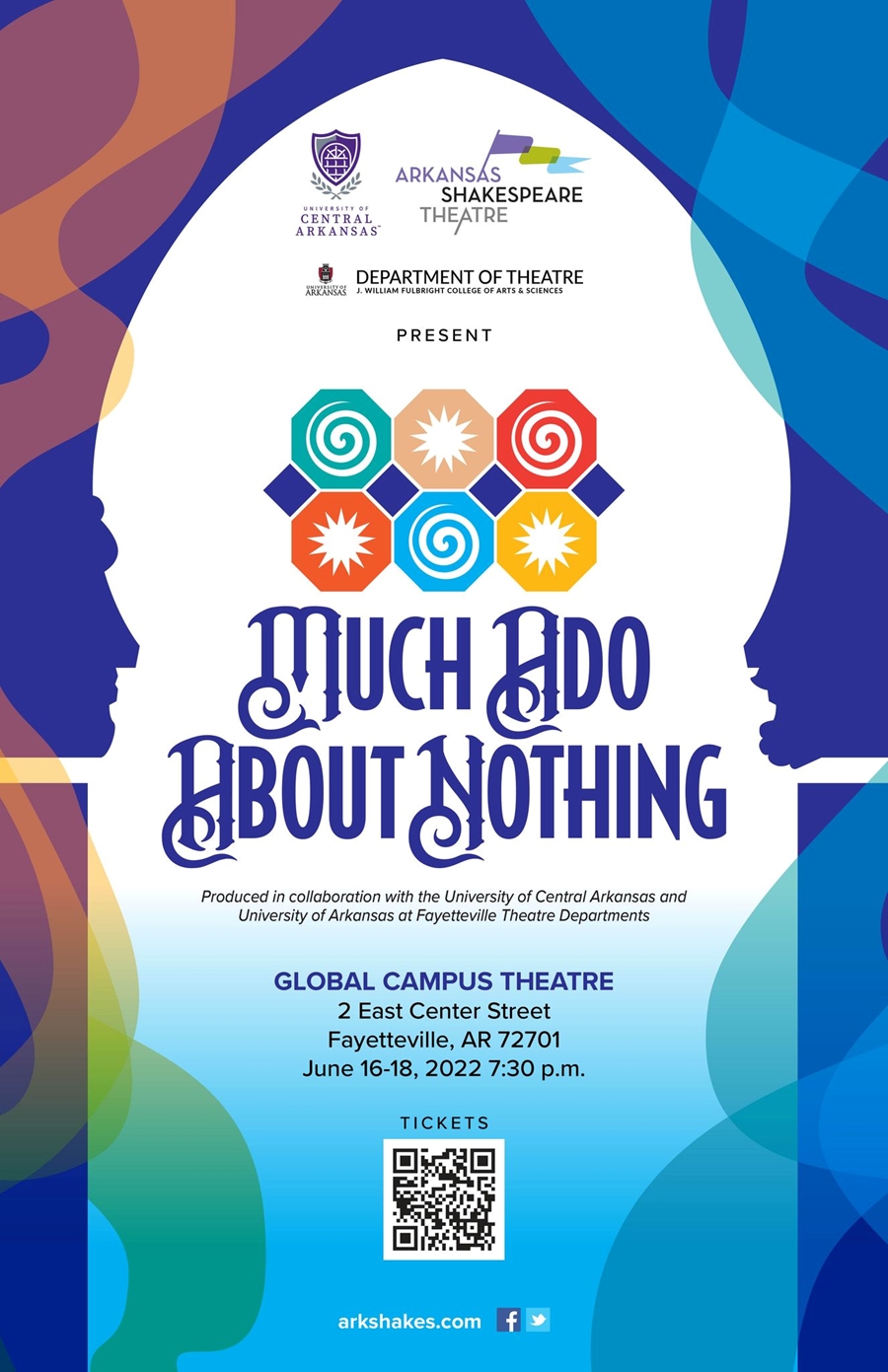 Arkansas Shakespeare Theatre returns for the summer of 2022 with one of Shakespeare's most beloved works, Much Ado About Nothing.

Much Ado About Nothing will be performed at the U of A Global Campus Theatre June 16-18 and at the University of Central Arkansas Bridges Larson Theatre in Snow Fine Arts June 23-25, June 30 and July 1.

"We are so excited to be bringing Shakespeare and professional theatre back to campus this summer. AST has been an integral part of the arts community in central Arkansas since 2007. While the two-year hiatus has been a huge disappointment, it has also given us a chance to reflect, reimagine and build new connections," said Shauna Meador, executive managing producer of the Arkansas Shakespeare Theatre. "As we look forward, we are focused on strengthening our professional theatre foundation, building on our educational mission and leading and participating in the growth and expansion of the arts in central Arkansas."

The return of the festival also brings a new partnership with the U of A in Fayetteville. The Arkansas Shakespeare Theatre intends to capitalize on the phenomenal talent and existing resources within the state by taking advantage of the U of A's graduate performance and design students, as well as talented faculty.

Michael J. Riha, chair and professor of theatre at the U of A, says engaging professionals from across the state is a great way to encourage unification.

"We are grateful to play a role in building the theatre community right here in Arkansas," Riha said.

Much Ado About Nothing will be directed by Stacey Pendergraft, associate professor in the University of Arkansas at Little Rock Department of Theatre Arts and Dance. Pendergraft has previously been seen performing on the AST stage in the Merry Wives of Windsor, Fiddler on the Roof, Love's Labour's Lost and The Music Man.

"Much Ado About Nothing will transport audiences to the cultural oasis of Messina, a crossroads of Spanish, North African and Italian influences," Pendergraft said. "Don Pedro and his band of men arrive at the lush court of Leonato, encountering love, the high-spirited wit and exacting lessons of the women who are its driving force."

Much Ado About Nothing will take place in the Global Campus Black Box Theatre (2 E. Center St., Fayetteville) on the historic Fayetteville Square. Ticket reservations can be made online at uark.universitytickets.com.Tickets are free for faculty/staff/students and any students with ID.

For more information, visit the Department of Theatre online or email theatre@uark.edu for assistance.