U of A Senior Earns Top Fellowship From National GEM Consortium 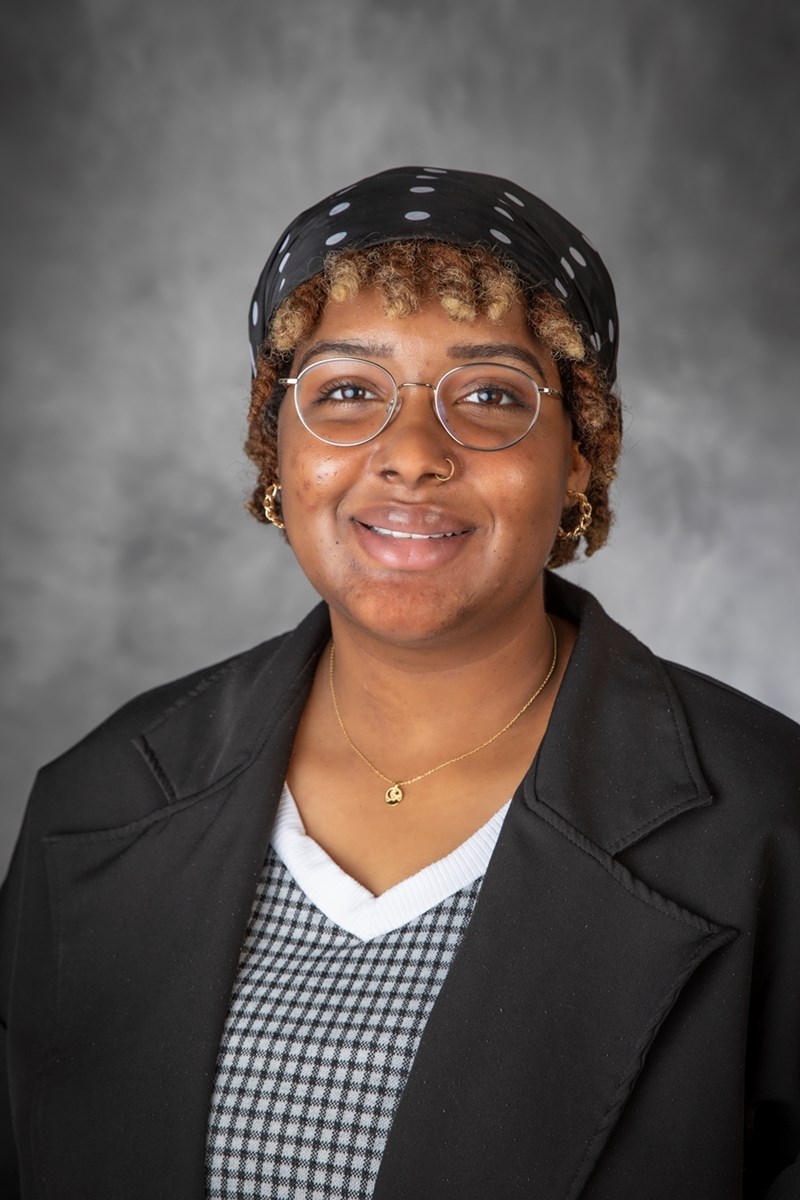 U of A senior Chloë Benton has been named a 2022 GEM Ph.D. Engineering and Science Fellow by the National GEM Consortium.

Through her Employer Fellowship, Benton plans to intern with Oak Ridge National Laboratory before commencing her doctoral studies at the University of Colorado-Boulder in the fall. Her fellowship will include a first-year stipend, additional funding from her graduate institution and full tuition and fees up to the fifth year of the Ph.D. program.

The National GEM Consortium, one of the nation’s most competitive fellowship programs for graduate study in the STEM fields, has a mission to increase the participation of underrepresented groups at all levels of graduate study in engineering and science.

“I love this time of year when we see so many students receive the national recognition and support they so richly deserve,” said Todd Shields, dean of the Fulbright College of Arts and Sciences. “Chloe Benton is an amazing student, doing compelling, important research. This award will help launch her on a career path focused on discovery. It is exciting and for her and for her discipline. We look forward to learning what she finds.”

“I am extremely grateful to receive this prestigious fellowship, which allows me to further my education and pursue a career in astrophysical research,” Benton said. “I am thankful to my mentor, Dr. Bret Lehmer, for his continuous insight and guidance throughout my undergraduate career. Additionally, I am appreciative of all the support I received from other mentors I had across campus. With this award, I will be able to make an impact within the scientific community while providing the necessary representation that follows.”

At CU Boulder, Benton will pursue a Ph.D. in astrophysical and planetary sciences, and her research adviser will be Erica Nelson, assistant professor of astrophysical and planetary sciences. Before beginning her studies, Benton will spend her summer in Knoxville, Tennessee, where she will conduct plasma research for the U.S. International Thermonuclear Experimental Reactor project.

Originally from Fort Worth, Texas, Benton is a senior honors physics major with minors in astronomy, mathematics and philosophy. Her mother and sister are both alumnae. Benton has received several academic awards, including a Sturgis Study Abroad Fellowship and an Arkansas Louis Stokes Alliance for Minority Participation Research Grant.

One of her major endeavors at the university has been undergraduate research under the guidance of Bret Lehmer, associate professor of physics. Recognizing that she had an interest in the “unknown,” she gravitated towards research in astrophysics.

Her work has focused on analyzing how X-ray binary populations vary in galaxies over a range of physics conditions through rich data sets taken from the Chandra X-Ray Observatory. Her work can potentially be used to apply modeling behaviors to larger systems, and she recently defended an honors thesis based on her work.

“It’s been an absolute pleasure working with Chloë,” Lehmer said. “Her research on X-ray emission from colliding galaxies has revealed new and exciting insight into the formation of black holes and neutron stars in the universe. I’m delighted that she was awarded the GEM Fellowship — an outstanding award for a well-deserving student! I look forward to watching her career develop, as a GEM Fellow and beyond the award.”

In addition to research, Benton has been involved on campus as a lead math and physics tutor for what is now the Student Success Center, as a resident assistant for University Housing and as a Student Leadership Intern for University Housing. She has also volunteered as a Fulbright College Honors Program mentor, as well as director of programs for Residents’ Interhall Congress.

After completing her Ph.D. program, she plans to complete a post-doctoral appointment and ultimately become a U.S. Science Ambassador to make connections between the United States and the National Astronomical Research Institute of Thailand in Chiang Mai, Thailand. She also hopes to be a representative for Black women in the field of physics, working to inspire individual future scientists and helping to increase the representation of historically underrepresented groups in the field.

U of A students interested in applying for nationally competitive funding such as the GEM Fellowship should contact the Office of Nationally Competitive Awards at awards@uark.edu or 479-575-3771.