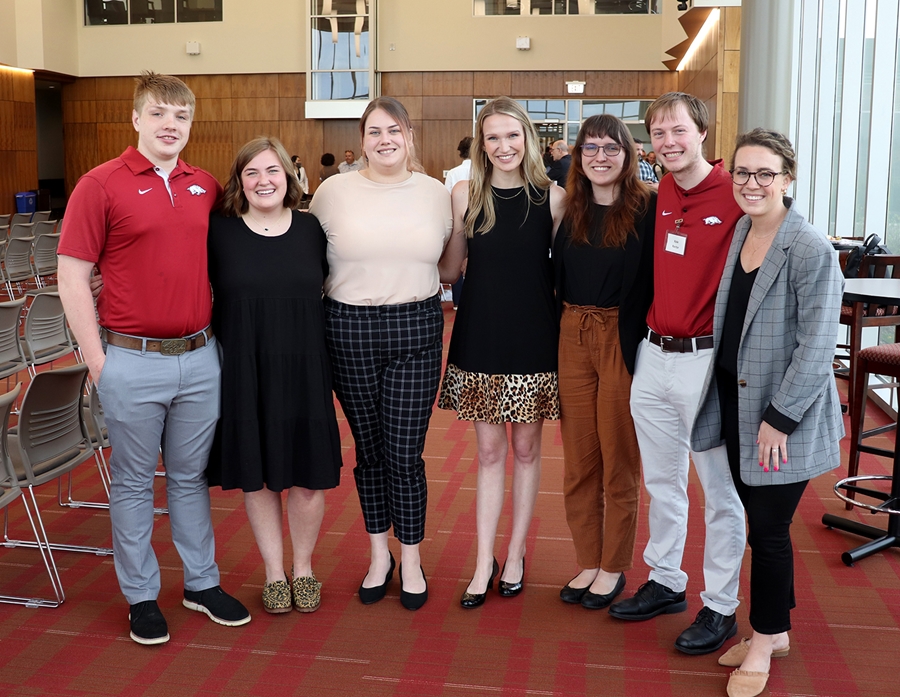 Bumpers College's student ambassadors, who represent the college at on-campus and off-campus functions and events, were recognized at the annual Honors and Awards Reception on April 21.

Six students in four different majors from U of A's Dale Bumpers College of Agricultural, Food and Life Sciences received annual academic awards from the college earlier this month.

Thadeus Beekman, Tristen Avent and Shianna Brasel were named Dale Bumpers Distinguished Scholars. Beekman, in food science, is the Ph.D. recipient; Avent, in crop science, is the master's degree winner; and Brasel, in animal science, is the undergraduate transfer honoree.

They were recognized at a reception on April 21.