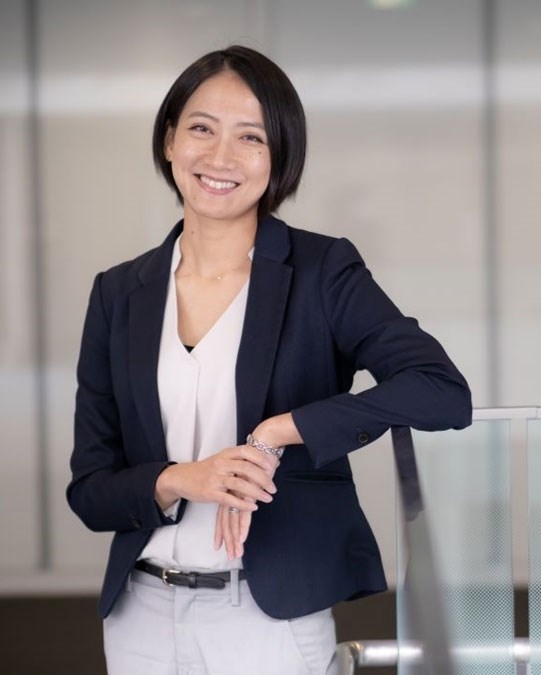 Alumna Yuri Hosokawa is director of the Safety and Performance Optimization Laboratory at Waseda University near Tokyo.

When alumna Yuri Hosokawa was a master's student in the U of A athletic training program, a guest speaker's words shocked her.

Professor Douglas Casa of the Korey Stringer Institute told students that exertional heat stroke fatalities are 100 percent preventable. Hosokawa thought about her home country of Japan, where people died every year from heat-related illnesses. There were no procedures in place to save them.

This spurred Hosokawa to learn as much as possible about heatstroke prevention and to take the knowledge and skills back to Japan. Ten years later, she's an associate professor of sport sciences at Waseda University in Saitama and is one of Japan's leading experts on exertional heat stroke.

Hosokawa was among a select group of experts invited to establish medical protocols for Tokyo's 2020 Olympic and Paralympic games. It was the first time the International Olympic Committee had convened a special team to address risk mitigation strategies against extreme heat. She served as a heat adviser for the local organizing committee. She was also a member of the committee's Adverse Weather Impact Expert Working Group.

Unlike in the United States, the Japanese medical system doesn't have licensed healthcare professionals who specialize in pre-hospital medical services, such as athletic trainers and paramedics. So, it was critical for doctors and nurses to become familiar with diagnosing and treating heat stroke at the competition.

Hosokawa said this was particularly important for Tokyo 2020 because they knew the heat would be a significant risk factor. "If exertional heat stroke is not recognized and treated appropriately within 30 minutes of collapse, the prognosis can be lethal or result in a serious [long-term medical condition]," she said.

Hosokawa prepared the venue medical setup and trained medical volunteers in 17 disciplines for the Olympic Games and three for the Paralympic Games.

"It was such a rewarding experience to realize that my expertise and clinical background from my time in the U.S. as an athletic trainer allowed me to contribute to the Japanese sports medicine community," she said.

Hosokawa runs the Safety and Performance Optimization Laboratory at Waseda University. Almost no laboratories outside of America focus on sports safety, so her research is groundbreaking. She's currently developing evidence-based heat illness prevention guidelines for high schools in Japan. She's also working on other athlete safety-related projects, such as investigating Japanese athletes' understanding of sports-related concussions and increasing the availability of automated external defibrillators and emergency action plans at school and community sporting venues.

Hosokawa began her studies in athletic training as an undergraduate student at Waseda. At the time, the athletic training profession was still developing in Japan. She decided to seek a high-quality education and clinical experience in the U.S., where the occupation started. She graduated from the U of A in 2013. She pursued a doctorate at the University of Connecticut to deepen her knowledge about optimizing the health and safety of physically active people. Hosokawa has remained connected to her U of A mentors.

At the encouragement of U of A professor Brendon McDermott, she applied for a doctoral position at the Korey Stringer Institute, named for a Minnesota Vikings offensive lineman who passed away from exertional heat stroke. She spent her doctoral and post-doctoral fellowship years working alongside Casa. It was surreal to be working with the researcher who had sparked her lifelong interest in heat stroke.

Hosokawa works diligently to bring new ideas about sports safety to the under-unexplored research field in Japan. Her research is not only helping prevent Japanese athletes from suffering the complications of exertional heat stroke. It's also common among firefighters and police officers, for example. Her lab is actively engaged in efforts to apply the knowledge and methods developed in sports medicine to occupational settings.

This story is the latest in a series called the Dean's Spotlight, featuring outstanding students in the College of Education and Health Professions. Visit COEHP's online magazine, the Colleague, for more news from the six units that make up the College. Find out more about the Master of Athletic Training program on the Health, Human Performance and Recreation website.