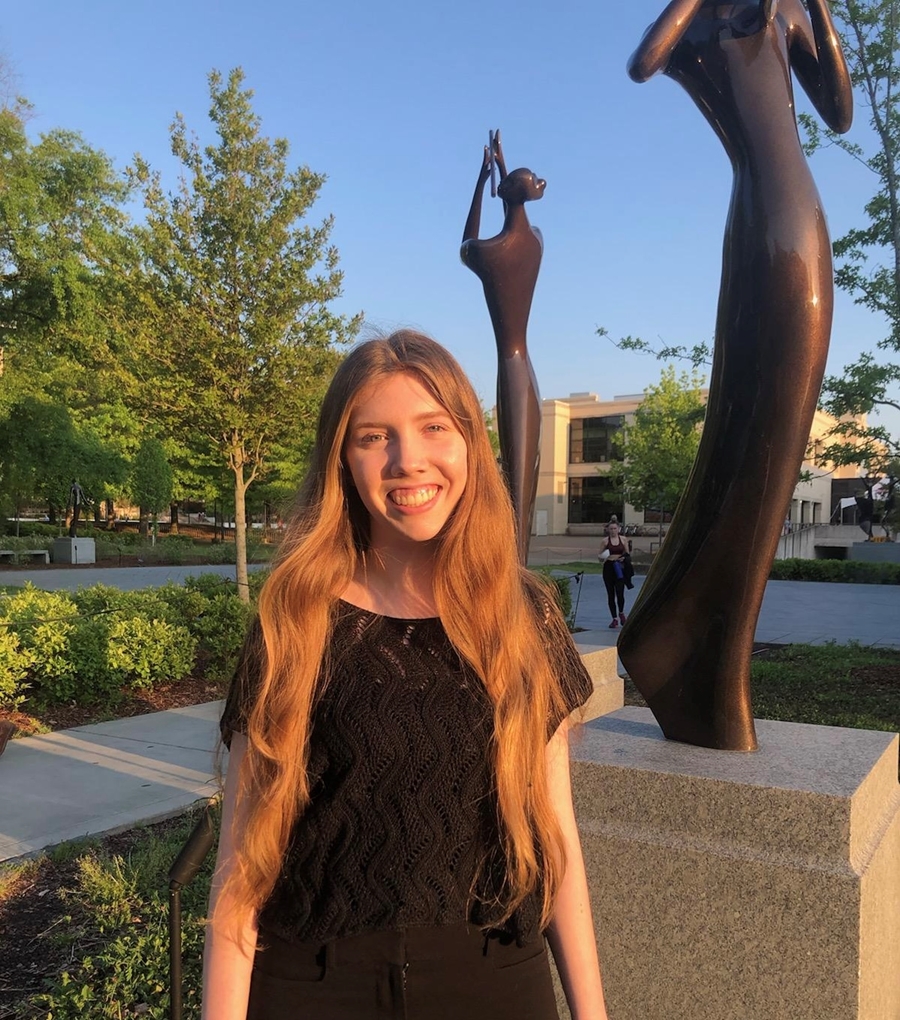 The Program in Creative Writing and Translation is pleased to announce that E. Marie Gray has been awarded the undergraduate Felix Christopher McKean Memorial Award.

Gray's poem "The Voyeur" will be published in Issue 5 of The Diamond Line, the U of A's undergraduate literary magazine this Spring.

Gray, a senior English major concentrating in Creative Writing in the Department of English is set to defend an honors thesis comprised of short stories, but describes herself as, "passionate about poetry, always scribbling down a few lines in my notebook."

Gray explained the process and inspiration for writing the winning poem: "'The Voyeur' was sparked by the popular Margaret Atwood quote I excerpted in the epigraph, which eloquently captures women's experiences (at least mine) of self- and body image. The way Atwood personifies the woman's inner 'voyeur' led me to the reflection's perspective, where I found an uneasy intersection of internalized objectification, critical self-absorption, and the potential for true self-love."

The award was founded in 1945 to honor the memory of McKean, an Arkansas native of Lockesburg who, while studying foreign languages, business and mathematics at the U of A, discovered a passion for writing poetry. After McKean was killed in the line of duty during World War II, his mother established the award with funds from his serviceman life insurance, stipulating that it be granted to students as a literary award for poetry.