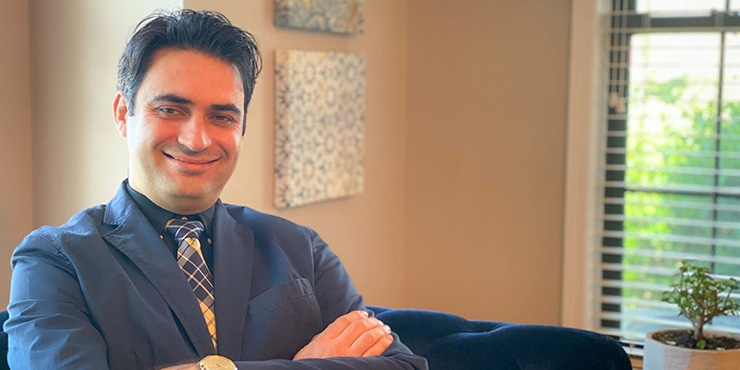 New computational simulations of the behavior of SARS-CoV-1 and SARS-CoV-2 spike proteins prior to fusion with human cell receptors show that SARS-CoV-2, the virus that causes COVID-19, is more stable and slower changing than the earlier version that caused the SARS epidemic in 2003.

Severe acute respiratory syndrome coronaviruses 1 and 2 (SARS-CoV-1 and SARS-CoV-2) have striking similarities, and researchers do not fully understand why the latter has been more infectious.

The spike proteins of each, which bind to host cell angiotensin converting enzyme 2, otherwise known as the human cell receptor, have been targeted as the potential source of the different transmissibility. Understanding the mechanistic details of the spike proteins prior to binding could lead to the development of better vaccines and medications.

The new finding does not necessarily mean that SARS-CoV-2 is more likely to bind to cell receptors, but it does mean that its spike protein has a better chance of effective binding.

“Once it finds the cell receptor and binds to it, the SARS-CoV-2 spike is more likely to stay bound until the rest of the necessary steps are completed for full attachment to the cell and initiation of cell entry,” said Mahmoud Moradi, associate professor of chemistry and biochemistry in the Fulbright College of Arts and Sciences.

To determine differences in conformational behavior between the two versions of the virus, Moradi’s research team performed an extensive set of equilibrium and nonequilibrium simulations of the molecular dynamics of SARS-CoV-1 and SARS-CoV-2 spike proteins, leading up to binding with cell angiotensin converting enzyme 2. The 3D simulations were done on a microsecond-level, using computational resources provided by the COVID-19 High Performance Computing Consortium.

Equilibrium simulations allow the models to evolve spontaneously on their own time, while nonequilibrium simulations use external manipulation to induce the desired changes in a system. The former is less biased, but the latter is faster and allows for many more simulations to run. Both methodological approaches provided a consistent picture, independently demonstrating the same conclusion that the SARS-CoV-2 spike proteins were more stable.

The models revealed other important findings, namely that the energy barrier associated with activation of SARS-CoV-2 was higher, meaning the binding process happened slowly. Slow activation allows the spike protein to evade human immune response more efficiently, because remaining in an inactive state longer means the virus cannot be attacked by antibodies that target the receptor binding domain.

Researchers understand the importance of the so-called receptor-binding domain, or RBD, which is the critical part of a virus that allows it to dock to human cell receptors and thus gain entry into cells and cause infection. Models produced by Moradi’s team confirm the importance of the receptor-binding domain but also suggest that other domains, such as the N-terminal domain, could play a crucial role in the different binding behavior of SARS-CoV-1 and -2 spike proteins.

The researchers’ study, “Prefusion Spike Protein Conformational Changes Are Slower in SARS-CoV-2 than SARS-Cov-1,” was published in Journal of Biological Chemistry.