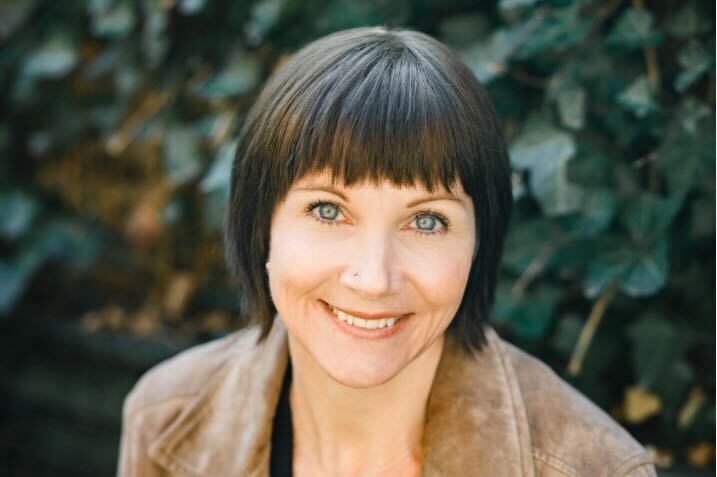 The Arkansas International and the U of A Program in Creative Writing & Translation are proud to present the Spring 2022 Walton Distinguished Reader at 7 p.m., Thursday, April 14, at the Fayetteville Public Library Events Center.

The reading, presented in conjunction with the Fayetteville Public Library TrueLit Festival, will feature award-winning poet and bestselling author of Keep Moving, Good Bones and many others, Maggie Smith, who will discuss and read from her new collection Goldenrod. Copies will be readily available for purchase from Two Friends Books. Arkansas International issues, subscriptions and merchandise will also be available for purchase.

Smith is the author of Good Bones, The Well Speaks of Its Own Poison, Lamp of the Body and the national bestseller Keep Moving: Notes on Loss, Creativity, and Change. Her latest collection of poems, Goldenrod, was released in July 2021. Smith's poems and essays are widely published and anthologized, appearing in Best American Poetry, the New York Times, The New Yorker, The Paris Review, Ploughshares, the Washington Post, the Guardian and elsewhere. In 2016 her poem "Good Bones" went viral internationally and has been translated into nearly a dozen languages. Public Radio International called it "the official poem of 2016."

About the Arkansas International: The Arkansas International seeks to put emerging and established authors from across the world in conversation with one another. Launched by the U of A's Creative Writing & Translation program in 2016, the AI has published fiction, poetry, essays, comics and works in translation from over 60 countries, including Egypt, Brazil, Venezuela, South Korea, Iran, the Philippines, Hong Kong, Russia, Italy, Galica and Hungary. The AI also awards the annual C.D. Wright Emerging Poet's Prize and an Emerging Writer's Prize in Fiction, both given to authors who have not yet published full-length works. The Arkansas International is a 501(c)(3) not-for-profit publication committed to supporting writers and translators. Our publication is made possible by grants from the Program in Creative Writing & Translation and the Department of English at the U of A, the Whiting Foundation, as well as the generous support of individuals.

About the U of A Program in Creative Writing and Translation: For 50 years, the U of A Program in Creative Writing and Translation has served as a preeminent training ground for some of the nation's best writers. Established in 1966, ours is one of the oldest M.F.A. programs in the nation and one of the most innovative, offering degree tracks in poetry, fiction and literary translation. Each semester, our Walton Reading Series brings in established authors who offer a public reading and hold one-on-one conferences with students. Past visitors have included Colum McCann, A. E. Stallings, Khaled Mattawa, Franz Wright, Marian Schwartz and William Gay. In addition, our Distinguished Readers Series lures true literary luminaries to campus for a public reading and private MFA events: W. S. Merwin, Shahrnush Parsipur, Robert Hass, Joyce Carol Oates, Zadie Smith and Claudia Rankine, among others.