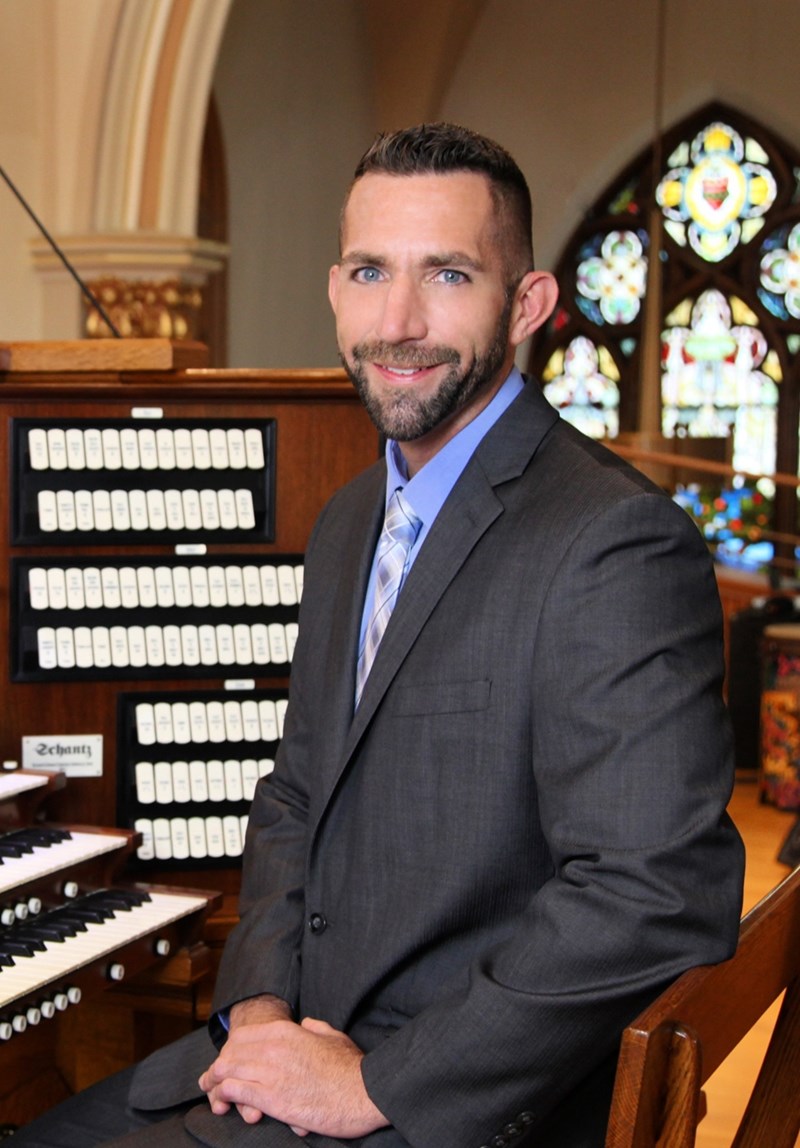 The Department of Music is now offering lessons in organ performance for the Spring 2022 semester. Students interested in registering for the class should contact Tomoko Kashiwagi by emailing the music office at music@uark.edu or call 479-575-4701.

Teaching this new course will be Scott Montgomery, associate director of music and organist for Central United Methodist Church in Fayetteville. He is a private instructor of piano and organ, and a widely respected concert organist.

Montgomery became nationally recognized in 2006 by winning both the Lilian Murtagh Memorial Award (first-prize) and the Audience Prize of the prestigious American Guild of Organists' National Young Artist Competition in Organ Playing (NYACOP), the first person to win both prizes in the history of the competition. Scott has been a prize winner in several other notable competitions including first-prize in the American Guild of Organists' Region V Competition in Evansville, Indiana (1997), second-prize in the Arthur Poister National Organ Competition in Syracuse, New York (2002), and was also the first recipient of the M. Louise Miller Scholarship (2002) sponsored by the Greater Bridgeport Chapter of the American Guild of organists. Scott is a member of the Concert Artist Cooperative, a roster of national and international concert artists.

He is widely active as a concert organist throughout the country and abroad. Notable performance venues have included Kimmel Center for the Performing Arts (Philadelphia, Pennsylvania), Pacific Lutheran University (Tacoma, Washington), Ball State University (Muncie, Indiana), and Heinz Chapel at the University of Pittsburgh (Pittsburgh, Pennsylvania). He has performed for both regional and national conventions for the American Guild of Organists, the Organ Historical Society, National Pastoral Musician Conferences, and for Pipe Organ Encounters in the Midwest for both youth and adults. His performances have been broadcast on nationally syndicated radio programs "Pipedreams" and "With Heart and Voice."

He received his formal training at the University of Illinois, Urbana-Champaign, earning his undergraduate and graduate degrees in organ performance studying with professor Dana Robinson.