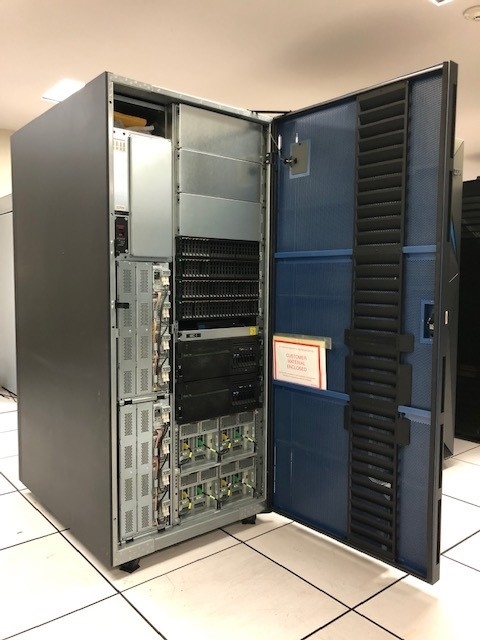 The mainframe that powered BASIS (Business and Administrative Strategic Information System) for more than 25 years was powered off Monday. This is the second phase of decommissioning BASIS, which was replaced by Workday in July 2020. The hardware will be removed from the data center during the spring semester and a formal ceremony celebrating the BASIS team will be held at that time.

From its inception, BASIS used four-digit year codes and was immune from the Y2K 'feature' that impacted so many systems around the globe when the year rolled over from 1999 to 2000. In September 2016, the university celebrated the 25th birthday of BASIS.

"BASIS was a remarkable system that was able to serve the University of Arkansas for nearly 30 years," Steve Krogull, chief information officer, said. "For a system to be able to evolve with an institution is a testament to the devotion of the BASIS team who deserve a heartfelt thank you."

Historical BASIS data not available in Workday was successfully migrated to the data warehouse in November. Decommissioning the mainframe will save the university approximately $1 million per year in service and licensing fees while ensuring the integrity of institutional data.

Additional information about the BASIS team celebration will be announced in spring.