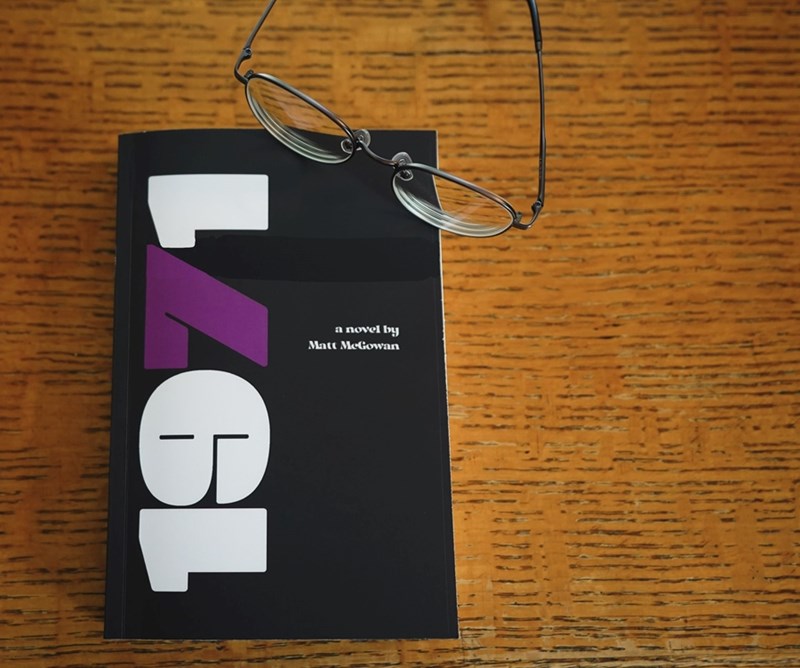 In 1971, a new novel by University Relations staff member Matt McGowan, 13-year-old Bud Harrod starts school in a new town. He knows no one there except the middle-aged couple who have taken him in after his stepmother abandons him. Bud balks. He says he wants to stay on the couple's farm and work.

"My childhood wasn't anything like Bud's," said McGowan, who has worked as a science and researcher writer at the university for 16 years. "Though I did spend a lot of time on my grandparents' farm."

McGowan wrote the book early in the morning, over several months, when his own stepchildren were getting ready for school.

"I remembered that fear and anxiety," he said. "I was always nervous about starting school. Then, as a 50-year-old man, I vicariously re-lived it when I heard my kids talking in the background, as I was writing. So I put all that into Bud's character."

Set mostly in the Ozarks, the novel is about Bud and his stepmother Fanny, who have experienced a recent trauma, and the Claypools, a family who helps Bud. After abandoning Bud and her deceased husband's car near the farm owned by the Claypools, Fanny hitches a ride to Fort Smith, Arkansas. She goes west from there, and keeps running, all the way to Southern California, where she thinks she needs to visit the site where her husband was killed.

"Ever since I read the Grapes of Wrath and a biography of Woody Guthrie, I've been obsessed with Midwesterners going out to California," said McGowan. "My wife and I ran into their sons and daughters last summer when we crossed the San Joaquin Valley after visiting Yosemite. I'm fascinated by all that, and I just get stuck on it. My characters are always running off to California."

Fanny encounters some interesting people on her way to California and during her time there. Meanwhile, while she's mourning her husband's death and trying to figure out what to do next, Barry County Sheriff Clifford Villines is looking for her. From Missouri, his pursuit of Fanny is complicated and sometimes comedic.

McGowan grew up in southwest Missouri and attended the University of Missouri, where he earned a bachelor's degree in history and a master's degree in journalism. Before joining University Relations in 2005, he was a newspaper reporter. His short stories have appeared in Adirondack Review, Deep South Magazine, Concho River Review, Arkansas Review and others. His short story "Sucker Flats," published in Elder Mountain, was nominated for a Pushcart Prize. This is his first novel.

Published by Auxarczen Press, 1971 is available on Amazon.