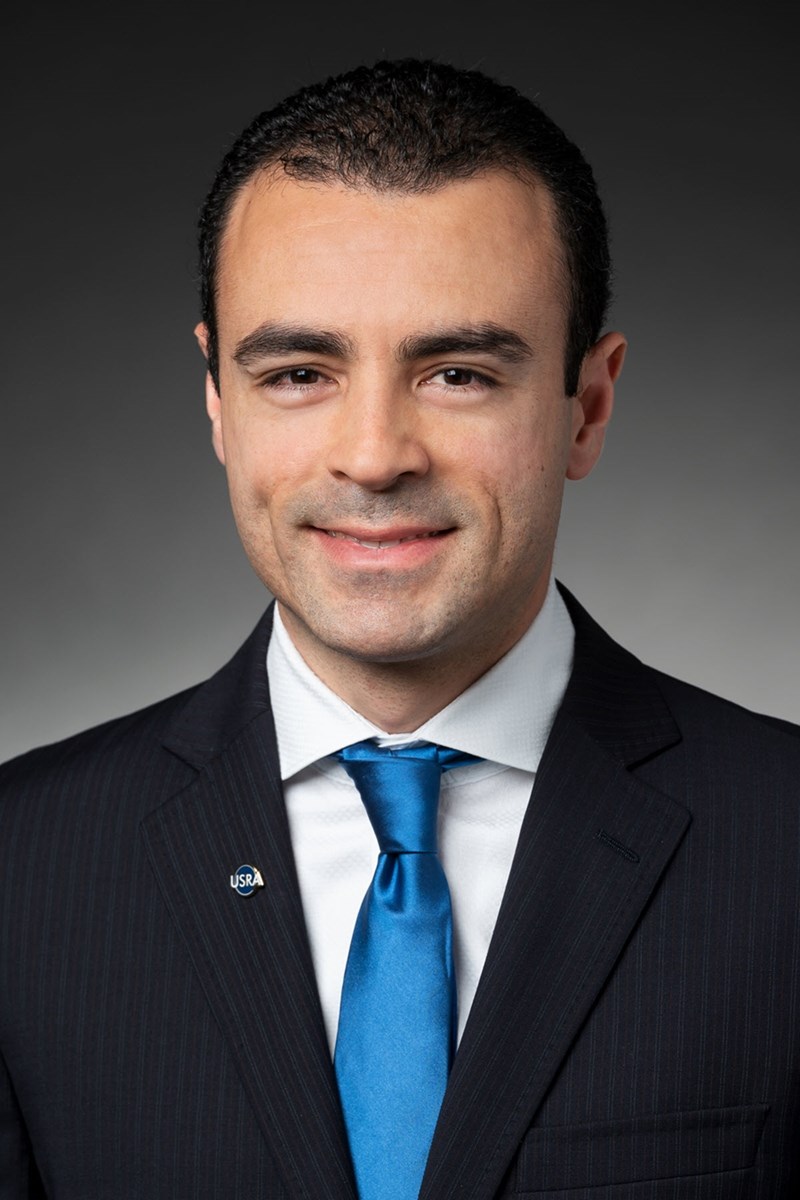 Miguel Román, program director of the Earth from Space Institute at the Universities Space Research Association.

Miguel Román, program director of the Earth from Space Institute at the Universities Space Research Association, will present the inaugural lecture in the Leica Geosystems Lecture Series at 3 p.m., Thursday, Oct. 21, in Arkansas Union 504 on the U of A campus.

Román is the founding director of the Earth from Space Institute, a program of Universities Space Research Association, dedicated to building the science that responds to urgent sustainable development challenges across climate, disasters and energy systems. Román leads a worldwide group of investigators and technical staff in charge of generating long-term climate data records from the Moderate Resolution Imaging Spectroradiometer and the Visible Infrared Imaging Radiometer Suite, two of the largest and most comprehensive satellite systems used to monitor our planet's vital signs.

Román's presentation, "NASA's Black Marble: Mapping Disaster Recovery Through Satellite Data," will focus on the technological advances that have allowed the U.S. to materialize breakthrough innovations in Earth observations. For decades, NASA has been collecting and analyzing large amounts of data from space to study the Earth as an integrated system. Thanks to their work, we can now incorporate satellite data to influence first responders' time-critical missions in a disaster context. After the island-wide power outage in Puerto Rico following Hurricane Maria in 2017 and the recent series of earthquakes in January 2020, NASA's Black Marble helped pinpoint where the outages were and how long they lasted. As the lead scientist behind the efforts, he steered Puerto Rico's recovery work by providing key data to government officials, the National Guard and FEMA. That data was later analyzed to study the relationship between electricity restoration rates and the structure and density of Puerto Rico's neighborhoods. In this talk, Román will share how space-based technologies can deliver timely, relevant information to track disaster recovery and provide new insights to address global challenges around climate, energy and environmental resilience.

Román serves as chair of NASA's Land-Atmosphere Near-Real Time Capability of EOS User Working Group. In this role, he represents the broad needs of NASA's application user communities and provides guidance concerning a full range of topics related to the LANCE data system, capabilities and services. He is also a senior member of the Institute of Electrical and Electronics Engineers and serves on the U.S. National Academies of Sciences, Engineering, and Medicine's Roundtable on Science and Technology for Sustainability.

In 2016, Román was recognized by President Barack Obama with the Presidential Early Career Award for Scientists and Engineers for delivering innovative, sustainable, earth science research and technology solutions for the general welfare of the United States and its global partners. Román is also a 2014 Service to America Medal "Sammies" finalist, one of the highest honors for federal civil servants. His writings have been featured in numerous news outlets, including NPR, The Washington Post, NBC, The Economist, Univision, Smithsonian Magazine and BBC World News.