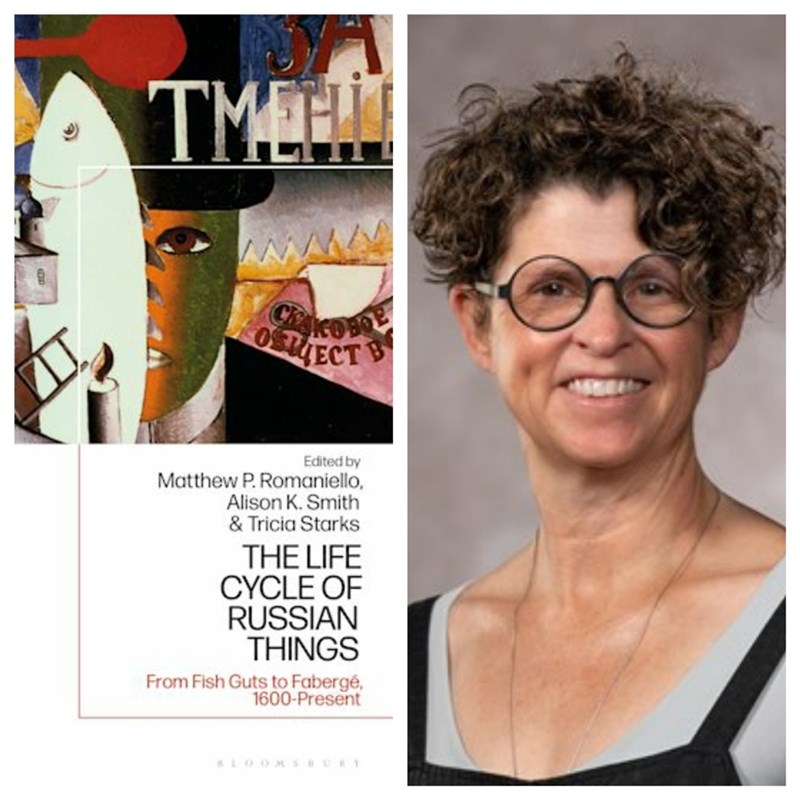 Professor Trish Starks, from the Department of History and the U of A Humanities Center, has published a new edited volume, along with her coeditors professors Matthew P. Romaniello of Weber University in Utah and Alison K. Smith of the University of Toronto.

The book, titled The Life Cycle of Russian Things: From Fish Guts to Fabergé, 1600-Present, uses interdisciplinary and comparative methods to foreground Russian and Soviet materials in historical perspective.

The volume includes an international array of scholars with contributors from the United States, Canada, Britain and Germany. Essays address everything from the 17th century intrigues over isinglass made from sturgeon swim bladders to the ties of World War II Soviet soldiers to their tanks through battle and repair.

In it, anthropologists, historians, art historians and museum studies experts each attend a different aspect of material culture to show how studying objects can engender visceral understandings of the past.

In addition to editing and co-authoring the introduction, Starks also contributed a research piece to the volume. Her essay builds from her work on tobacco use in Russian and Soviet culture to discuss sensory prompts to addictive behavior in Russia in the early 20th century.

Using examples of exquisite cigarette cases, lighters and holders from the McFerrin Fabergé collections in Houston, Texas, Starks argues for a reconceptualization of the interplay between the physical, tactile, social and fashionable in the creation of Russia's smoking problem.

The book can be purchased directly from Bloomsbury.