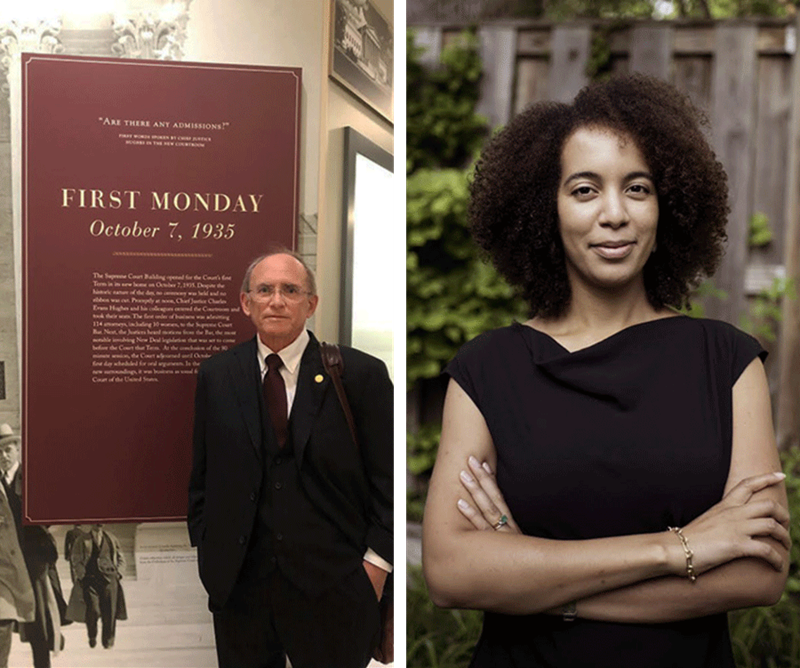 Mark R. Killenbeck, the Wylie H. Davis Distinguished Professor of Law, will join Farah Peterson, professor of law at the University of Chicago Law School, at 1.30 p.m. CST Monday, Oct. 4, to look back at the United States Supreme Court's 1821 term. The event is sponsored by the Supreme Court Historical Society and will be the second in its First Monday in October Lecture series, which marks the day on which the Supreme Court begins its work each year.

The 1821 session of the court, under the leadership of Chief Justice John Marshall, was notable for a number of important decisions it issued that built on prior rulings affirming the primacy of the new national government and the limits on individual state sovereignty that followed from their ratification of the Constitution. It also provoked a group of state rights advocates known as the Richmond Junto to continue their assault on Marshall and "his" court in a rich exchange of newspaper columns and letters probing judicial review, federal-state relations and the future of a nation coming into its own. The opinions and that commentary, together, make 1821 a year worth revisiting.

Killenbeck is an expert on the Constitution and American legal history. He has been a frequent lecturer at the Supreme Court and delivered the inaugural First Monday Lecture in the Supreme Court chamber on Oct. 7, 2019, with Justice Stephen G. Breyer as the host.

Peterson is a distinguished legal historian who clerked for Justice Breyer at the court and holds both a Ph.D. in history from Princeton University and a J.D. from the Yale Law School. She recently moved to Chicago from the University of Virginia, prompting Thomas J. Miles, the dean at Chicago, to state that "Professor Peterson is an extraordinary scholar whose intellectual energy, curiosity and thought-provoking research makes her an excellent addition to our faculty."

Peterson and Killenbeck previously collaborated in a discussion of M'Culloch v. Maryland (1819) broadcast on Feb. 26, 2018, by CSPAN, the first session in its second Landmark Cases Series.

Chilton Varner Davis, president of the Supreme Court Historical Society and senior counsel at King & Spalding in Atlanta, Georgia, will provide a brief video introduction. The Supreme Court Historical Society Executive Director James Duff will host and moderate the event. "The society is thrilled to present the second in our series of First Monday Lectures and pleased that professors Peterson and Killenbeck will be speaking," Duff said. "They are two of the nation's leading legal historians, and we are confident that this will be an engaging and informative examination of one of the Supreme Court's more notable annual terms."

The 90-minute discussion will be held via Zoom and is free and open to anyone who wishes to attend. Advanced registration, however, is required. Registered participants will have the opportunity to submit questions, and there will be responses and an interactive discussion by professors Peterson and Killenbeck.

Register for The Supreme Court, 1821 session.