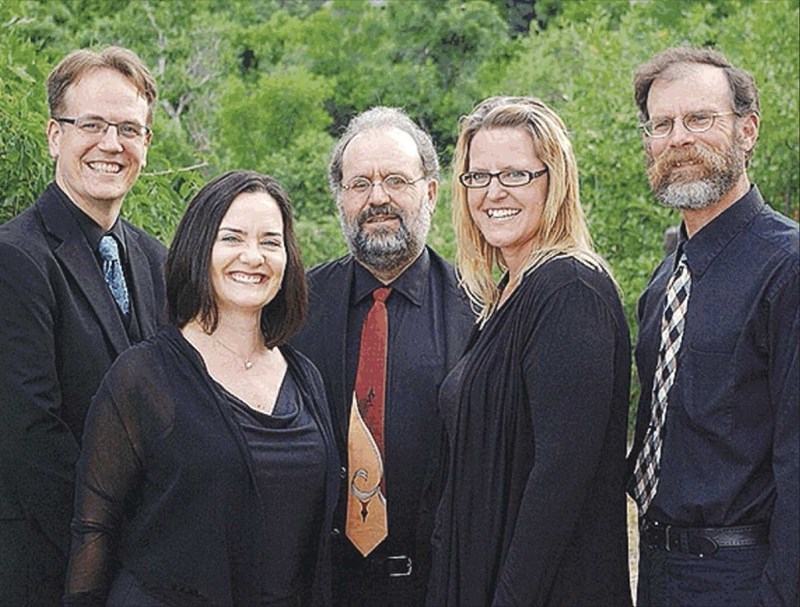 The Mont Alto Motion Picture Orchestra will accompany the screening of the silent film "All Quiet on the Western Front."

The Mont Alto Motion Picture Orchestra will accompany a rare public screening of the silent anti-war film classic All Quiet on the Western Front, at the U of A's Faulkner Performing Arts Center, in recognition of this year's Sept. 21 observance of the United Nations International Day of Peace. The musical score was arranged by Mont Alto's pianist and director, Rodney Sauer, and this is only the third time it will have been performed in public.

This special screening of All Quiet on the Western Front will be held at the Faulkner Performing Arts Center on the U of A campus at 7 p.m., Tuesday, Sept. 21, and is free and open to the public. The celebration is sponsored by the Department of Communication Film Appreciation Society; the OMNI Center for Peace, Justice & Ecology; and the Center for Multicultural and Diversity Education. Tickets are required and can be reserved for free.

The Mont Alto Motion Picture Orchestra is a quintet of classically trained musicians from Boulder, Colorado. The group performs regularly for the U of A Native American Silent Film Series beginning in 2005. As Sauer notes, "The presence of live musicians in the theater gives a film presentation far more significance than a recorded score, much like a live opera or a live stage play leaves a bigger impression than a video of the same event."

The United Nations International Day of Peace was established in 1981 as a day devoted to "commemorating and strengthening the ideals of peace both within and among all nations and peoples." Twenty years later, the OMNI Center for Peace, Justice & Ecology was founded in Fayetteville by U of A English Professor Dick Bennett and several of his friends in reaction to the wars in Afghanistan and Iraq that followed the 2001 bombing of the Twin Towers in New York City. OMNI's stated mission is to "seek a world free of war and the threat of war, a society with liberty and justice for all, a community where every person's potential may be fulfilled, an earth restored." Today OMNI is recognized internationally as a "community-based organizing and educational model" for thinking about the promotion of peace as an alternative to war. The consequences of "America's longest war," initiated at the time of OMNI's founding, have been receiving particular attention with America's recent pullout from Afghanistan.

Since the importance of peace is OMNI's daily concern, Sept. 21 — the annual International Day of Peace — is particularly significant to this organization. Every year OMNI works closely with Arkansas Peace Week, "a coalition of local, national and international organizations, faith groups and individuals," to host and publicize events that recognize the importance of peace during the week of Sept. 21.

Bennett was also one of the first members of the U of A Native American Symposium committee. This annual forum was established in 1995 to recognize issues of current concern to America's indigenous people while celebrating their history and culture. In 2004, Bennet recommended that the Native American Symposium recognize the second Monday of October as Indigenous Peoples Day rather than use that date to honor Columbus, making Fayetteville one of the first places in the United States to participate in this annual observance.

When the U of A Native American Silent Film series was established in 2005 as a symposium event, Bennet became a strong supporter of these screenings. With the approach of the Nov. 11, 2018, centenary of the end of World War I, the Department of Communication Film Appreciation Society and OMNI thought the screening of a silent film related to the "war that was to end all wars" would be appropriate.

The first motion picture to win an Academy Award for Best Picture was a WWI aerial drama called Wings (1927). Scriptwriter Louis Lighton was from Fayetteville and had trained as an aviator during the "Great War." The Mont Alto Motion Picture Orchestra performed Sauer's arrangement for Wings for a special commemorative Armistice Day centenary screening at the Faulkner Performing Arts Center on Sunday, Nov. 11, 2018. The success of this performance prompted the Department of Communication Film Appreciation Society and OMNI to invite the Mont Alto Motion Picture Orchestra to accompany another silent film with a WWI theme, the anti-war classic All Quiet on the Western Front, for a special International Day of Peace screening this year.

Erich Maria Remarque's 1929 novel All Quiet on the Western Front was based on this author's horrific experiences as a German soldier in the trenches of World War I. Initially hailed by pacifists for the questions it raised about war and denounced as "anti-war propaganda" by others, many students still read this thought-provoking novel in junior high and high school literature classes. One and a half million copies of this book were sold in 1929 alone. The 1930 sound film adaptation of All Quiet on the Western Front won an Academy Award for outstanding production and its director, Lewis Milestone, received an Oscar for best director.

As Mont Alto director Sauer noted, "By 1930 most theaters in the United States were showing talkies, but overseas theaters still wanted silent versions of American movies. It was much easier to translate a silent film into other languages by simply replacing title cards than working with the spoken word in a different tongue."

"Hollywood had become expert at making silent films by 1930, but sound technology was still in its infancy. Early talkies suffered from many 'rookie' mistakes, including static cameras and unintelligible sound recording. Musical scoring was recorded in low fidelity, often with a scratchy resonance that did not compare well to the sound of real musicians in a concert hall."

"When a film is available as both a silent movie and a talkie, the silent version often comes across as a fully polished creation, while the sound version can have amateurish elements that pull the audience out of the story and make the film seem dated."

After the Library of Congress finished a restoration of the silent version of All Quiet on the Western Front, the San Francisco Silent Film Festival asked Sauer to prepare a new score for its 2015 program. He could not turn down this offer to play a live score for a rarely seen version of such an important film.

Since this is only the third screening of All Quiet on the Western Front with Sauer's score, Fayetteville has been given a very rare opportunity to experience this unusual and powerful collaboration between excellent filmmakers of the 1930s and excellent musicians in 2021.

When asked why a special screening of All Quiet on the Western Front was chosen for this year's International Day of Peace observance, Frank Scheide, professor in the Department of Communication, called it an opportunity to learn from history. "For some, the evacuation of Afghanistan brought back memories of the fall of Saigon. Why was this situation repeated? Why did we get into Afghanistan after the experience of Vietnam? Why did we get into Vietnam? How did the soldiers in All Quiet on the Western Front get pulled into World War I? Why was WWI not 'the war to end all wars' as originally hoped? Why is it easier to think about war than promote peace?

"Hopefully, the immediacy of this unique presentation of All Quiet on the Western Front, which combines live music with older film images, will remind observers that the history of war will keep repeating itself unless the concept of peace is used to break the cycle."

This event is free and open to the public, but tickets must be reserved from the Faulkner Performing Arts Center box office to attend.

Sponsors include the Department of Communication Film Appreciation Society, OMNI and the Center for Multicultural and Diversity Education.