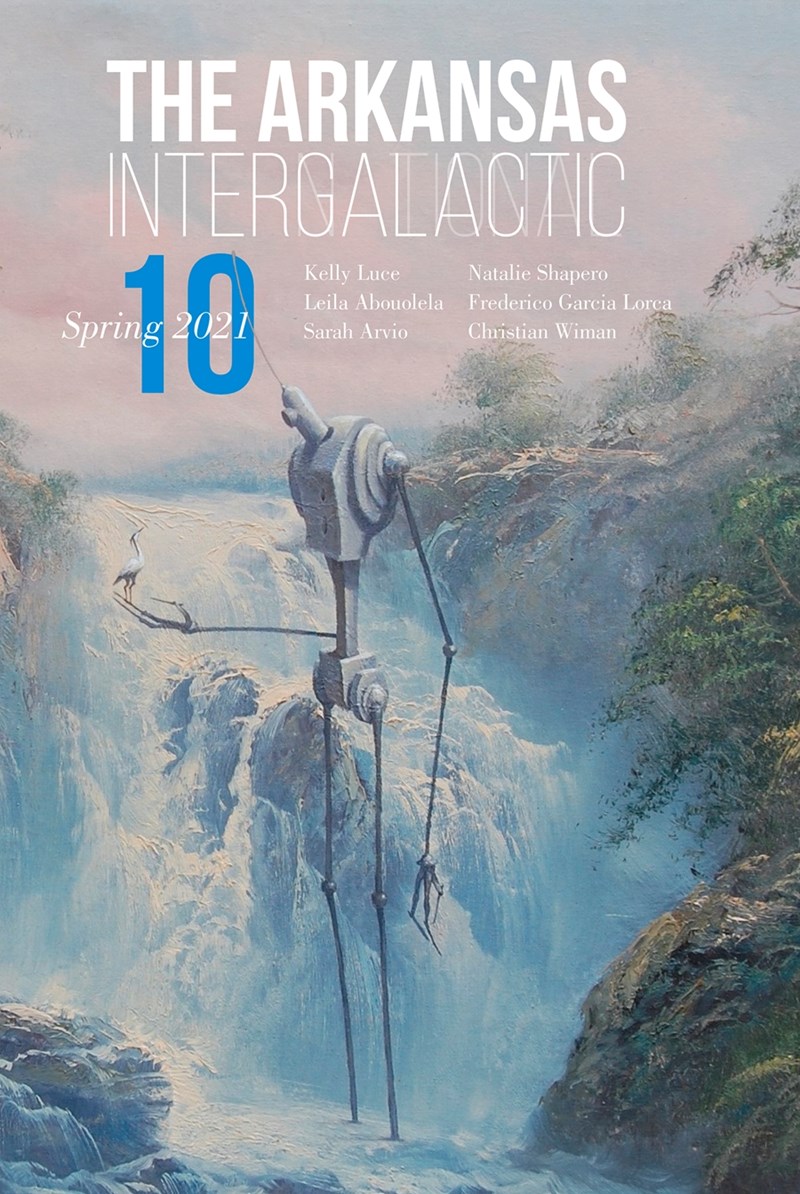 The Arkansas International has won the 2021 Whiting Literary Magazine Prize, which includes an award of nearly $15,000 and capacity building mentorship over three years.

Among five other awardees, the judges commended the magazine for its "exceptional fiction, nonfiction, poetry and comics," adding that "the Arkansas International lives up to its name, publishing fiercely observant and open-hearted work by writers from around the globe."

Launched by the U of A's M.F.A. Program in Creative Writing and Translation in the Department of English in 2016 and staffed entirely by graduate students, The Arkansas International has published fiction, poetry, essays, comics and works in translation from over 60 countries, including Egypt, Brazil, Venezuela, South Korea, Iran, the Philippines, Hong Kong, Russia, Italy and Hungary. Their goal is to put in conversation emerging and established voices from the United States and abroad.

"I'm so very proud of our hard-working student editors and faculty. Through their commitment and dedication, The Arkansas International continues to grow in stature and reputation. The Whiting prize is a testament to the fact that The Arkansas International is fast becoming one of the most talked-about and innovative literary journals publishing today," says Davis McCombs, director of the Program in Creative Writing and Translation.

The Whiting Foundation has supported writers and writing for nearly four decades. The Literary Magazine Prize, launched in 2018, is granted to nonprofit print and digital publications that "publish extraordinary writing with verve and flair." In addition to prize money, the grant includes marketing and fundraising mentorship that will unfold over the next three years.

"I'm so proud of our staff, graduate students who work hard day in and day out, to make the magazine such a big success," says Bryan Hurt, editor-in-chief. "Their passion and commitment to finding and publishing the best literature from all the world humbles and inspires."

Kait Yates, managing editor, agrees. "The award could not have been made possible without the attention of the development team, which spearheads our grant efforts, in addition to the editorial teams and staff, who put an enormous effort into the production and curation of each issue."

Both Bryan and Kait hope that the award will unlock new avenues, including increased honorariums, production quality and the compensation of staff. "This grant is huge opportunity for The Arkansas International to expand and grow, and I'm personally very excited for where it will allow us to go next," Bryan adds.

Launched by the U of A Program in Creative Writing and Translation, The Arkansas International is published biannually and considers previously unpublished fiction, poetry, essays, comics and works in translation. Issues and subscriptions are available for purchase online at www.arkint.org/store.

Founded in 1966, the U of A Program in Creative Writing and Translation in the Fulbright College of Arts and Sciences consistently ranks in the top 40 M.F.A. programs nationwide, according to Poets & Writers magazine. The Atlantic Monthly named the U of A among the "Top Five Most Innovative" M.F.A. programs in the nation. Noteworthy graduates include Barry Hannah, C.D. Wright, Lucinda Roy and Nic Pizzolatto.