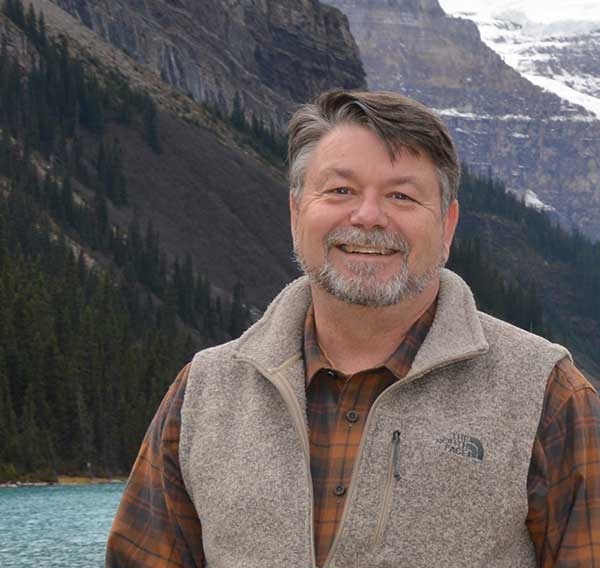 Marty Matlock, a University of Arkansas professor and center director, has been appointed to serve as senior advisor for food systems resiliency with Marketing and Regulatory Programs at the U.S. Department of Agriculture.

FAYETTEVILLE, Ark. – Marty Matlock, a University of Arkansas professor and center director, has been appointed to serve as senior advisor for food systems resiliency with Marketing and Regulatory Programs at the U.S. Department of Agriculture. His appointment is one of several key staff positions in Washington, D.C., recently announced by the USDA.

Matlock was founding executive director of the University of Arkansas Resiliency Center in the Fay Jones School of Architecture and Design, and a professor in the Department of Biological and Agricultural Engineering in the College of Engineering at the university.

“Professor Matlock is a respected, award-winning scientist and researcher who has made it his life’s work to improve people’s lives by bettering the communities in which they live. With experiences and expertise honed at the University of Arkansas, he is now putting that to use by addressing critical issues facing this country,” said Charles Robinson, interim chancellor.

“On behalf of the Fay Jones School of Architecture and Design, we recognize and congratulate professor Matlock’s appointment to an important role in the current administration, with its emphasis on resiliency for the nation,” said Peter MacKeith, dean of the school. “Marty’s appointment brings a spotlight to the work of the school and of the university in advancing resiliency and resilient design initiatives for the state, nation and the world.”

Matlock has worked in close partnership with the U of A Community Design Center over the past decade to better understand and improve food systems resiliency. The Community Design Center is an outreach center of the Fay Jones School of Architecture and Design, and the Resiliency Center is an interdisciplinary research, education and outreach center hosted by the Fay Jones School, in collaboration with the Sam M. Walton College of Business and the College of Engineering at the university.

“The food supply chain in the U.S. is among the most sustainable and efficient in the world,” Matlock said. “However, the characteristics that make it efficient — large scale, centralized, concentrated — also make it fragile and very susceptible to disruption.”

In order to create a more resilient food system, he said, there is a need to expand regional, decentralized, smaller scale, and distributed production, processing and distribution capacity. That way, when one part of the system is disrupted, there is capacity across other parts to expand and respond.

This initiative will strengthen the food system, create new market opportunities, tackle the climate crisis, help communities that have been left behind, and support good-paying jobs throughout the supply chain, Matlock said. This work is as important in Arkansas as anywhere in the United States.

“We have food deserts in Arkansas, where people have to drive 50 miles to buy fresh vegetables and fruit,” he said. “We are a food-producing state, with too much hunger and food-related illness. We can do better.”

In his new role, Matlock is developing and implementing programs to improve the resiliency of food systems in the United States. From his base at the USDA headquarters in Washington, D.C., he expects to travel extensively as he works initially with meat and poultry, then with fruit and vegetable, specialty crop, and row crop producers, processors, distributors and local market developers across the United States.

“We will be investing $4 billion across the food supply chain to strengthen the food system, support food production, improve processing capacity in regional systems, and expand local market opportunities,” he said. “Through the Build Back Better initiative, USDA will help to ensure the food system of the future is fair, competitive, distributed and resilient; supports health with access to healthy, affordable food; ensures growers and workers receive a greater share of the food dollar; and advances equity as well as climate resilience and mitigation.”

Matlock said this initiative is an opportunity to transform the nation’s food system, which is at an inflection point.

“Our rural communities have the potential to recover lost prosperity through local production, processing and distribution,” he said. “These core economic drivers will expand quality of life, which will leverage remote work models to draw young professionals into our rural communities.”

Matlock is the recipient of the 2018 CAST-Borlaug Agriculture Communications Award and served on the USEPA Science Advisory Committee for Agriculture as well as the USDA Advisory Committee on Biotechnology and 21st Century Agriculture. He received his Ph.D. in biosystems engineering, Master of Science in botany, and Bachelor of Science in agronomy, all from Oklahoma State University. Matlock is a member of the Cherokee Nation and served as chairman of the Cherokee Nation Environmental Protection Commission for the past 16 years.

“It has been an honor to work with the University of Arkansas community for the past two decades,” Matlock said. “We have transformed the world, and are poised to amplify those impacts. I am thankful for the U of A System Division of Agriculture for making it possible for me to maintain my active relationship as a member of the Razorback family while engaged in this transformational change of our food systems.”