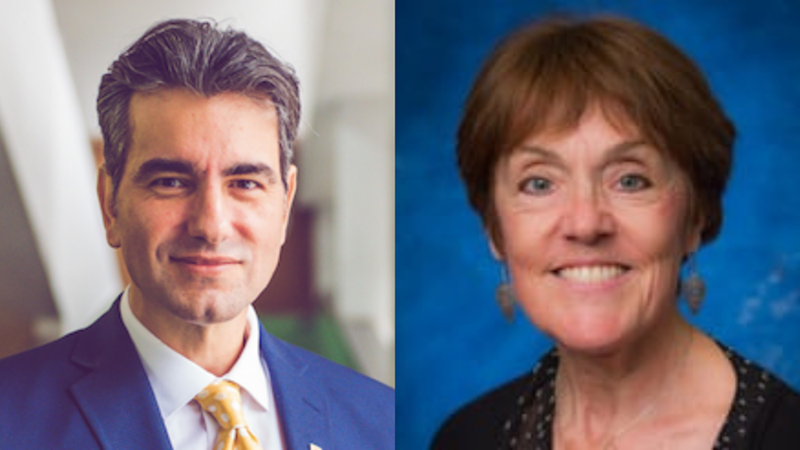 Spring International Language Center (SILC) has announced the hiring of its new director, Ron Martinez. The previous director, Adriana Treadway, is retiring this week after nearly three decades of service with SILC at the university.

Martinez comes to SILC from Brazil, with a long history in international education. "It is truly an honor to be entrusted to carry on the admirable legacy that Leyah Bergman-Lanier and Adriana Treadway have built together since 1992," Martinez said. "I feel like there is no ceiling on the potential here. I am very excited."

Bergman-Lanier, continuing as the Executive Director at SILC through 2021, expressed that she is thrilled to be working with Martinez and to support his vision for the next 30 years of SILC at the U of A.

Martinez has worked in the service of supporting multilingual speakers for more than 25 years, most recently as director of Academic Publishing Advisor Center (CAPA) in Brazil as well as an English language specialist for the U.S. Department of State. With expertise in curriculum design, faculty training and development, and academic writing, Martinez is prepared to lead the SILC programs designed to assist international students who transition to education in the U.S.

During her career, Treadway served in multiple roles at SILC for 27 years. From faculty member, to academic coordinator, assistant director and ultimately director, she will retire Aug. 16. Bergman-Lanier said Treadway has been pivotal in the success, growth and reputational development of SILC as an institution. Treadway's expertise in the accreditation process has been a critical contribution to the long-term success of the program at the U of A, Bergman-Lanier said, adding that "her integrity, standards, empathy and desire for the best for our faculty, staff and students define her legacy."