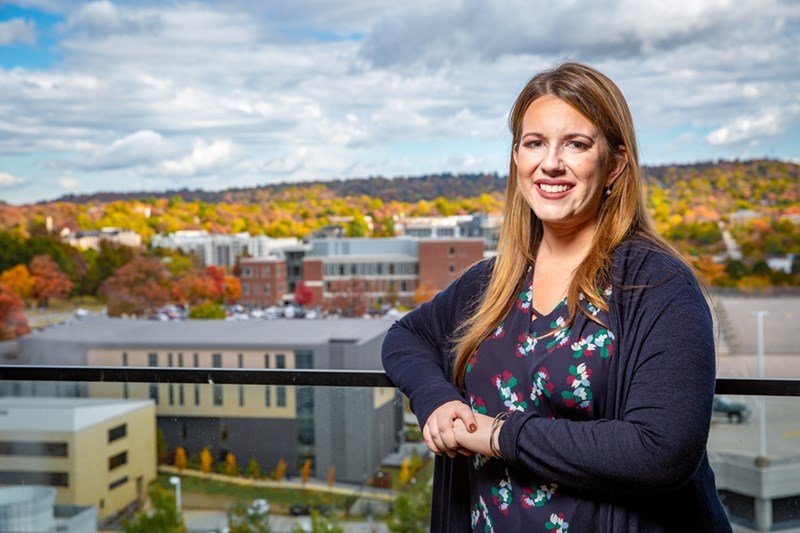 Lauren Simon, U of A

Empathetic people generally make better leaders, previous management research has shown, but there is one critical area where they might struggle compared to leaders who have lower levels of empathy — giving negative feedback.

Management researchers at the U of A showed that leaders who have higher levels of empathy tend to become less effective at work — at least in the short term — in reaction to providing negative employee feedback. The effectiveness of these leaders was also more likely to be negatively impacted by recipients who demonstrated a negative emotional reaction to the feedback.

Conversely, leaders with lower levels of empathy were more effective after providing negative feedback. They were also less likely to be impacted by the emotional reaction of the recipient who received the feedback.

“Although negative feedback can enhance employee performance, many leaders are reluctant to engage in it,” said Lauren Simon, associate professor in the Sam M. Walton College of Business. “We think our study might explain at least part of the reason for this phenomenon.”

Previous research has shown that empathy is linked to providing higher-quality feedback. However, most research in this area has focused on the impact of negative feedback on the recipient employee, rather than the manager or leader providing the feedback.

“The fact that empathetic leaders struggle in the short term, after providing negative feedback, whereas less empathetic leaders seem to thrive, could be troubling,” Simon said. “When coupled with other research linking higher empathy to providing better-quality feedback, this set of findings might imply that the very people who seem to react better to — and possibly enjoy providing —negative feedback have a tendency to be worse at it.”

In “Pain or Gain? Understanding How Trait Empathy Impacts Leader Effectiveness Following the Provision of Negative Feedback,” published in the Journal of Applied Psychology, Simon and her colleagues wanted to understand how negative feedback affects the person giving it. To do this, they developed and tested a theoretical model that explains how leaders’ primary and secondary reactions to providing negative feedback depend on their level of trait empathy.

After providing employees with negative feedback, leaders with a higher level of trait empathy reported feeling less attentive and more distressed. Leaders with a lower level of trait empathy reported the opposite — more attentive and less distressed. Attentiveness and distress, in turn, were connected to leaders’ daily perceptions of their effectiveness — lower for those with higher empathy, higher for those with lower empathy.

“Taken together, these findings offer insight into how leaders experience providing negative feedback and also challenge conventional wisdom by identifying a situation where empathy might be detrimental to leader effectiveness,” Simon said. “An important implication of our study is that organizations might want to take steps to counteract the attentional and emotional demands associated with providing negative feedback, particularly for leaders higher in empathy.”

The researchers’ findings were featured in a recent Healthy Work podcast.