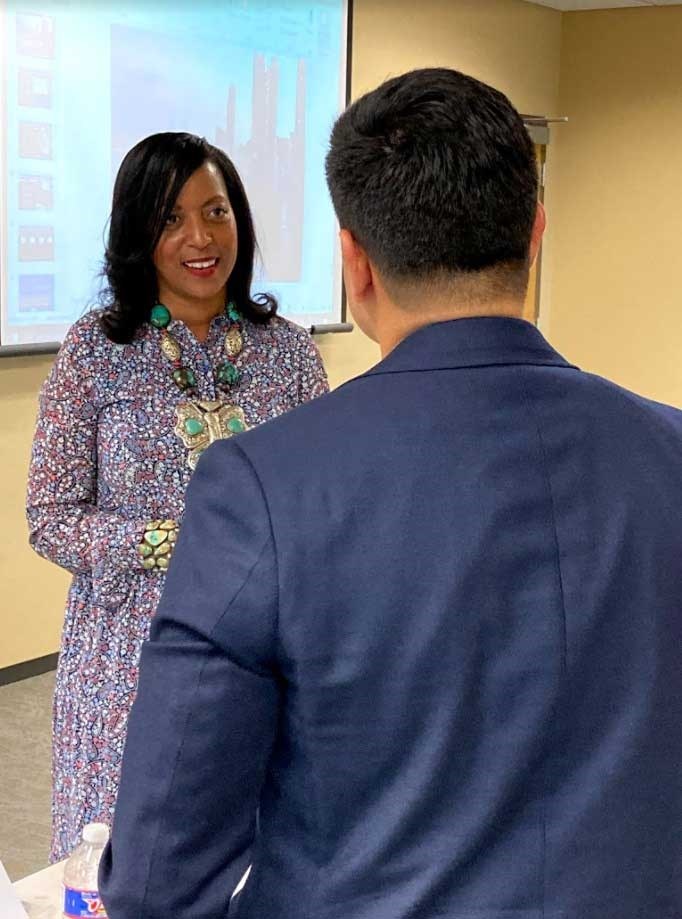 Thomas, who oversaw trade in Africa, Europe and the Middle East, replaces W. Dan Hendrix, the center's first president and CEO. Hendrix retired in June after more than a decade leading the Arkansas center.

"I have big shoes to fill. Dan worked hard to lay an incredible foundation," Thomas said. "The center has helped enhance opportunities for bilateral trade with Arkansas businesses. I'm optimistic about the future role that the Natural State and the center will play on the global stage."

Hendrix, who worked with Thomas for nearly 15 years, said her tenure in global commerce and her sterling reputation will aid the center's function as the state's nexus for international trade.

"Denise is a 14-year veteran of the trade center and is well respected internationally as well as statewide," Hendrix said.

"She will bring enthusiasm and professionalism in her role as she continues international trade development for Arkansas companies and we resume our trade mission, trade show and commercial diplomacy activities that are crucial for Arkansas exports," he said.

Thomas, a California native, began her economic development career in 1998 in Florida at the Jacksonville Chamber of Commerce.

There she worked with the U.S. Small Business Administration to create a networking hub for entrepreneurs that combined several chambers of commerce and small business development organizations, creating a one-stop shop for entrepreneurs in one location. She was later appointed to oversee the Jacksonville chamber's division of diversity, equity and inclusion.

Thomas moved to Arkansas in 2002 and joined Walmart as a senior recruiter. She worked closely with hiring managers to build strategic teams in diverse markets, both domestically and internationally.

"Denise has been an asset at World Trade Center Arkansas, and I am pleased she will be stepping into this new role where she can use her expertise to build and expand successful international partnerships," said U.S. Sen. John Boozman, who helped establish the center in 2007.

"She has been a leader in developing opportunities for Arkansas businesses in the global marketplace, and I look forward to continuing working together to support our businesses and enhance economic growth throughout the Natural State."

John Drew, chair of the World Trade Centers Association, said Thomas' tireless efforts to educate other members about trade and trade activities has made her an invaluable asset.

"She's great at mentoring and she's educated a lot of our members about how to do this work and how to do it successfully," Drew said. "She's just a stalwart."

U.S. Rep. Steve Womack, R-Rogers, was mayor of Rogers when the center was founded. He's worked closely with the center over the last decade and said he looks forward to helping Thomas "promote a bold and comprehensive trade strategy."

"Denise is a skilled professional and highly respected leader in international trade and business," Womack said. "Her expertise and commitment to strengthening opportunity and economic development in Arkansas will continue to serve the World Trade Center and state with distinction."

Arkansas exports remained strong in 2019, accounting for $6.2 billion in trade while supporting over one-fourth of the state's workforce, according to data compiled by the Center.

Arkansas' small businesses played a vital role in international trade. Nearly 80% of exporters in Arkansas were small businesses. Over the last few years, Arkansas trade-related jobs have grown six times faster than total employment, paid up to 18% more than similar jobs at non-exporting firms and were shown to be more secure. Furthermore, international trade in Arkansas has spanned more than 160 countries.

"I'm delighted Ms. Thomas will lead the World Trade Center Arkansas in this next phase of growth," said Mike Preston, Arkansas secretary of commerce. "Over the past 14 years, she has demonstrated the highest levels of knowledge and experience that have allowed Arkansas to earn a reputation on the global stage as an incredible state for doing business. She is highly respected here at home and abroad, and I have every confidence that the World Trade Center Arkansas is in great hands."

About the U of A Office of Economic Development: Economic Development works to expand economic opportunity and prosperity in Arkansas through talent development, innovative research and technologies, community service, and place-making strategies. As the state's flagship university and a land-grant institution, the University of Arkansas is committed to engaging, collaborating and providing outreach to the residents, businesses, and governmental and civic entities of the state to make sustained advances in economic capacity and quality of place.