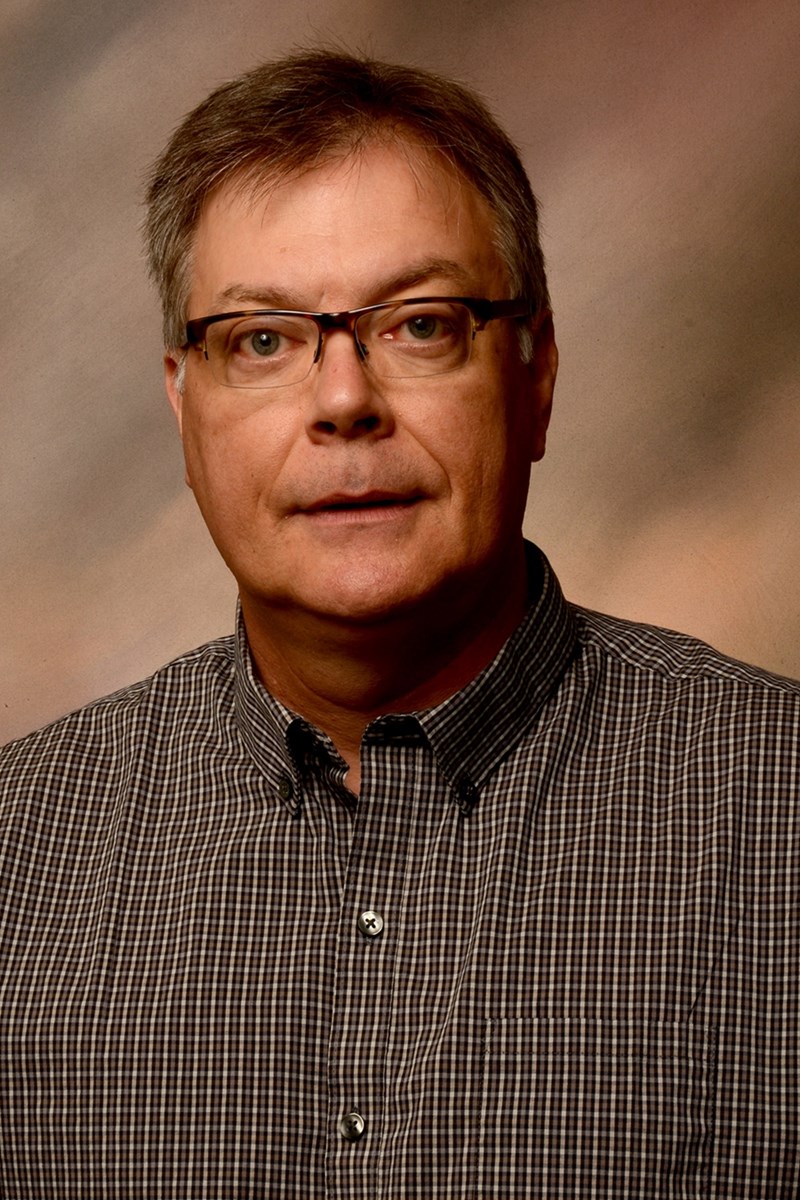 Ken Korth has been appointed head of the Department of Entomology and Plant Pathology.

The U of A System Division of Agriculture has appointed Ken Korth, professor of plant pathology, as head of the Department of Entomology and Plant Pathology.

Korth will oversee the department's three mission areas of research, teaching and extension through the Arkansas Agricultural Experiment Station, the Dale Bumpers College of Agricultural, Food and Life Sciences at the U of A and the Cooperative Extension Service.

"We are pleased to have Ken serving as head of the entomology and plant pathology department," said Mark Cochran, vice president-agriculture for the U of A System. "Since his appointment as interim in 2018, Ken has shepherded this department through a challenging merger, committed to enhancing student recruitment and to fostering excellence in research and extension among the entomology and plant pathology faculty members. We look forward to seeing him continue to strengthen this department.

"Both entomology and plant pathology are very important disciplines for research and extension programs," Cochran said. "There is also a great need for graduates with the skill sets provided by the academic teams of these disciplines."

Jean-François Meullenet, senior associate vice president for agriculture-research and director of the Arkansas Agricultural Experiment Station, said, "From a research standpoint, the disciplines of entomology and plant pathology are interrelated in their importance to ensuring productive agriculture. Ken's research background has always engaged these two areas, so it is no surprise that he has done a remarkable job blending these two disciplines into a single department, and I am confident that we will see great accomplishments under his leadership."

Bob Scott, senior associate vice president for agriculture-extension and director of the Cooperative Extension Service, said, "Dr. Korth has been doing a great job as interim department head. We look forward to him joining the administrative team full time and working with faculty out in the state."

Bumpers College Dean Deacue Fields said, "Ken has been leading our faculty and serving our students in the department for almost three years on an interim basis, and I appreciate his leadership. I'm happy for students, faculty and staff in entomology and plant pathology, and in the college as a whole, that this is now official. He's definitely the person for this role.

"Ken managed the merger of our previous separate departments, is dedicated to teaching, research and extension, and committed to attracting students into his master's degree and doctoral programs," Fields said. "I look forward to continuing our relationship and strengthening our programs."

Korth joined the Arkansas Agricultural Experiment Station and Bumpers College in 1999 as a plant pathology researcher and teacher.

His research centered on molecular and phenotype screens of soybean varieties with the aim of improving salt tolerance. He also investigated interactions of plants and insect pests, particularly in identifying the genetic activity that controls plant defenses against insect damage and disease infection.

Korth earned a bachelor's degree in biology from the University of Nebraska-Lincoln and a doctorate in genetics from North Carolina State University.

Before joining the Division of Agriculture, Korth was at the S.R. Noble Foundation, where he began as a post-doctoral researcher before being promoted to senior research associate.

Up to the challenge

Korth said he would build upon the department's mission to provide direct help to agricultural producers.

At the same time, he said, the department is expanding into new and existing areas of growing importance, like investigations of beneficial insects and microorganisms, including advantageous bacteria that contribute to protections against disease pathogens.

"We've had some good growth lately in pollinator biology," Korth said. He also noted encouraging advances in identification and protection against viral pathogens.

While most of the past effort has been invested in plant pests, Korth said the department's researchers and extension specialists have developed tools that benefit humans and animals, like the tick map developed by Ashley Dowling and Kelly Loftin that identifies tick hotspots and the disease pathogens they carry.

Faculty hires in recent years have helped expand some of these advances, Korth said. He noted the addition of Emily McDermott, a veterinary entomologist. "We're mounting a big push forward in animal wellbeing, studying vectors of disease that affect cattle - and humans, for that matter," he said.

"We plan to make some new faculty hires in the near future that will broaden our research and extension impact on Arkansas and Arkansans," Korth said.

The combination of entomology and plant pathology also offers benefits for the department's academic programs, Korth said. "We've revisited our curriculum for graduate programs in terms of working toward combining some of our efforts because there are a lot of crossovers between the disciplines. We're expanding opportunities for the students."

Looking back on the merging of the departments two years ago, Korth said, "I feel like that went really well. The faculty, staff and students pitched in and were committed to that change. We're past that stage now, and it's time to push on to the next level of service."

The combination of the two disciplines has helped promote more interdisciplinary collaborations, Korth said. "It has raised the level of familiarity with what everyone is doing, and that helps to develop new collaborations," he said.

Korth said the administration's backing has braced him for the challenge of stepping into a leadership role in the department. "I'm grateful for the support from the division and the college to help get us established as a strong and effective new department," he said.