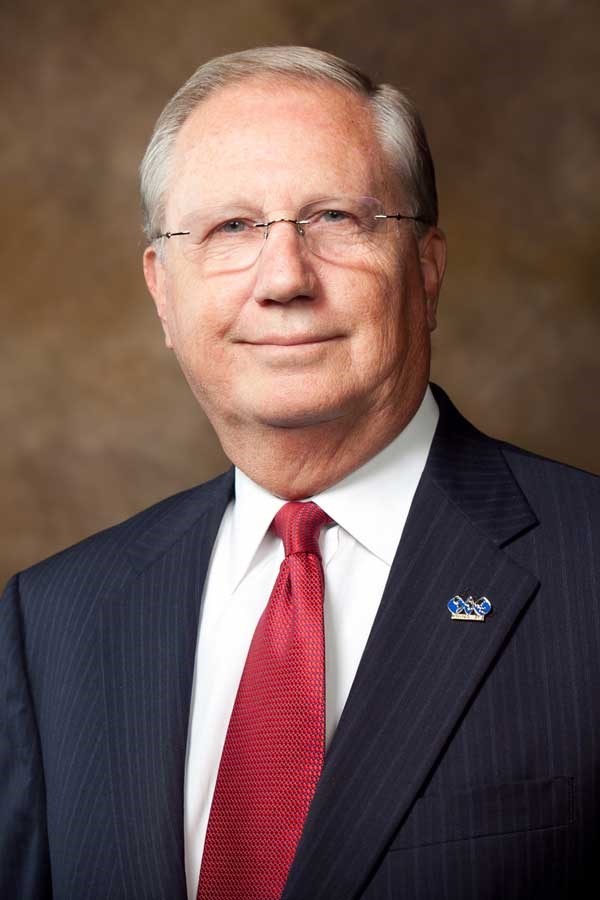 A native of Arkansas and veteran of the U.S. Air Force and Air National Guard, Hendrix attended the U of A and Arkansas State University, earning a Bachelor of Science in Business Administration with minors in marketing and management.

Starting in 1969 as a management trainee with ABF Freight System, Hendrix's career grew to include import/export operations, flat-bed operations, marketing, development, logistics, administration and consulting. He rose to hold the title of president and chief executive officer of Container Carrier Corporation from 1979-1986. Container Carrier Corp merged with Trans-States Lines, and for the next 13 years, he served as senior vice president in two areas within the company, both subsidiaries of ArcBest Corporation.

Hendrix joined the U of A in 2001 to establish the Office of Corporate and Foundation Relations following his 31-year career in the transportation industry. As director, playing a major role in the Campaign for the Twenty-First Century, he worked with the team to raise over $1 billion for the university.

Following the successful campaign, Hendrix was appointed to spearhead the project to open a World Trade Center in Arkansas; a vision of Sen. John Boozman. The center opened for business in January 2007 to help Arkansas companies gain access to and expand in the global marketplace and has hosted over 50 country ambassadors, trade ministers and country presidents. The center is housed in the World Trade Center building in Pinnacle Hills district of Rogers. As a unit of the university, the WTCA educates students in global commerce through the center's student intern program. Today, Arkansas's small and medium sized businesses, from all four corners and the central part of the state, export their products to almost 200 countries with 350,000 jobs in Arkansas dependent on trade. The WTCA has been a partner with the Arkansas Economic Development Commission for 14 years, facilitating international trade activities, and is a member of the World Trade Centers Association representing over 300 trade centers in 90 countries.

"This trade center would not have been established were it not for the tremendous support from those stakeholders who understood the economic impact of expanding international trade and exports for Arkansas companies and agricultural producers," Hendrix said.  "The Walton Family Charitable Support Foundation, Walmart Global Government Affairs, Hunt Ventures, the Arkansas Economic Development Commission, City of Rogers and continuing support from the U.S. Department of Commerce, SBA, Economic Development Administration, University of Arkansas, Fayetteville, and our global Board of Advisors has sustained this operation for the last 14 years. Our trade team has taken Arkansas companies all over the world on trade missions, to trade shows and generated commercial diplomacy between Arkansas and other countries resulting in increased export sales and job growth."

Hendrix is a member of the Northwest Arkansas Council, past Honorary Consul General of Panama, Rogers/Lowell Chamber of Commerce Board past chair, Arkansas District Export Council current member, Fayetteville Chamber of Commerce past board member, States International Development Organization board member, and serves on Arkansas Tech Logistics Management Program Advisory Board, Arkansas Waterways Board and the Dean's Executive Advisory Board, Sam M. Walton College of Business.

"Dan is truly a diplomat for the University of Arkansas and the state; his global network has been invaluable to Arkansas-based businesses. He is leaving us with the remarkable legacy of positive economic impact. I congratulate him for his efforts and wish he and Marilyn all the best," said David E. Snow, interim vice chancellor for economic development.

Hendrix and his wife, Marilyn, have four children and seven grandchildren.