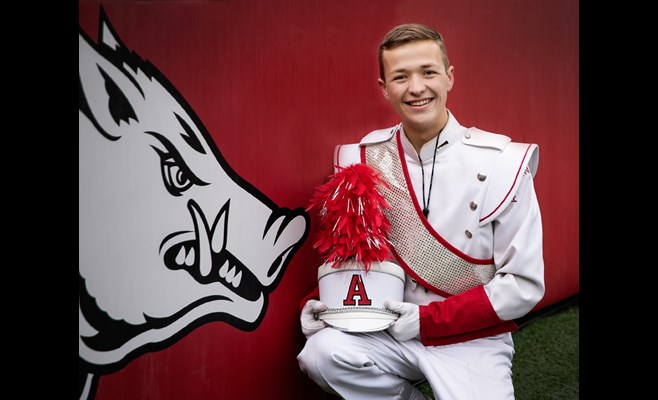 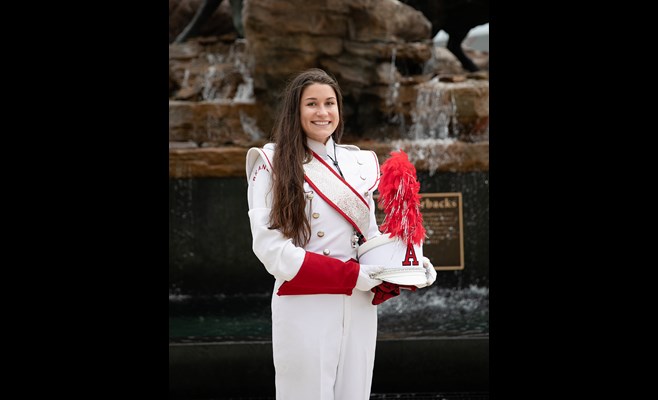 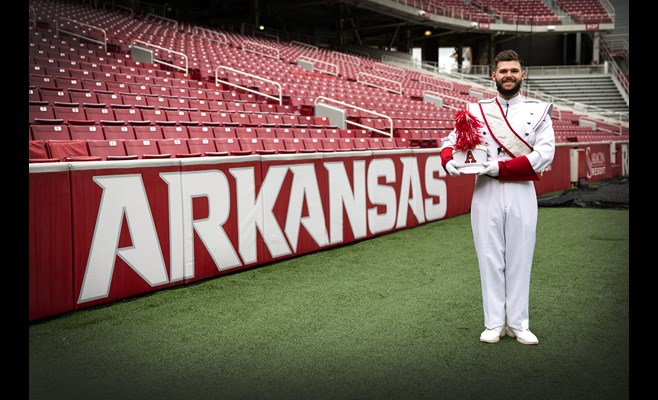 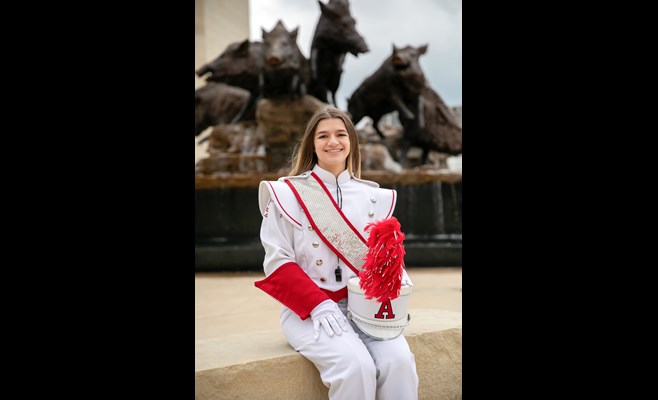 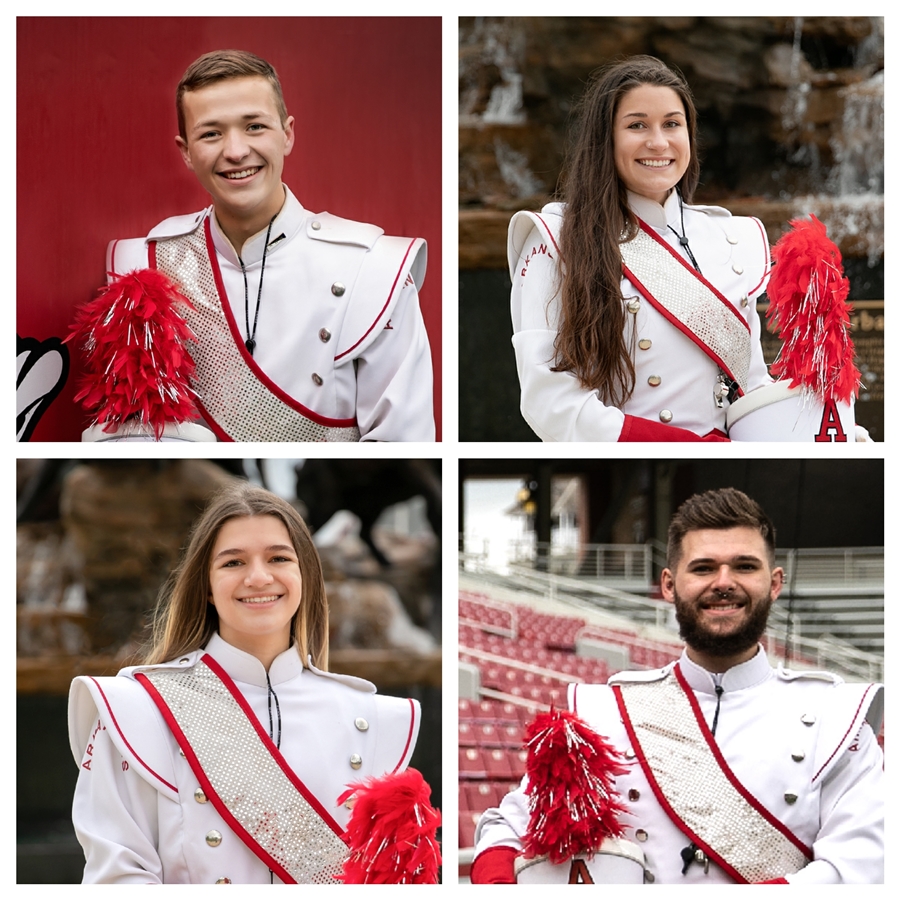 Band faculty in the Fulbright College of Arts and Sciences have selected Tyler Osterman from Webb City, Missouri; Katelyn Barry from Willis, Texas; Logan Morris of Little Rock and Sallie Hendrix of Paragould as Razorback Marching Band drum majors for the 2021-22 academic year.

"It spanned several weeks," said Jeff Summers, assistant director of the Razorback Marching Band, of the drum major audition process. "It included interviews, marching and music auditions, as well as teaching and conducting demonstrations. Throughout each aspect of the audition, these four students demonstrated exceptional talent and leadership."

Ben Lorenzo, director of the Razorback Marching Band, said that the program has developed a strong culture of student leadership throughout its history, and he cannot wait to see the great work this group will do.

"Student leadership is vital to the success of our program, so we are excited to have such a veteran team of drum majors to help set direction in rehearsals and on game day," Lorenzo said.

That leadership got put on display immediately, as the four drum majors were able to conduct the band during the Saturday, April 17, Spring Game, the first on-field performance for the Razorback Marching Band in over a year.

Tyler Osterman, a junior music education major and French horn player, is returning for his third year as a drum major and will serve as head drum major this fall.

"I'm incredibly thankful for the opportunity to return for my final year in the Razorback Marching Band in the role as head drum major," he said. "My time in this band has been deeply life changing, and I am fortunate to be joined by such an exceptional team of student leaders as the band works to return to our traditional roles in the gameday experience and community at large."

Katelyn Barry plays oboe and is a double major in music education and journalism. She is currently a junior.

"I am so proud and honored to be a part of such an amazing leadership team," she said. "The Razorback Marching Band has unmatched energy, positivity and spirit that I can't wait to see us bring back onto the field this year!"

Sallie Hendrix is a saxophone player who is also majoring in music education. Hendrix is a sophomore and this will be her first year as a drum major.

"I am proud of the Razorback Marching Band's resilience throughout this past year's season! This past year has brought many challenges and it has been incredible to see the RMB thrive in this environment," she said. "I am extremely grateful for this opportunity to serve the band as a drum major with such an amazing team of musicians and leaders. I am excited to see what this coming season brings!"

Junior Logan Morris is returning for his second year as a drum major. He is a music education major who plays the French horn.

"I am extremely humbled and excited to have the opportunity to serve the RMB again in my final year as a member of the ensemble!" he said. "While this past season was incredibly challenging due to the pandemic, the leadership team and the organization at large are extremely eager to take to the field this upcoming season and resume cheering on the Hogs in full force. You can expect the full RMB to be back and better than ever!"

About the University of Arkansas Bands: The University of Arkansas Bands Program, part of the Department of Music in the Fulbright College of Arts and Sciences, began in 1874 and is one of the oldest band programs in the country. The program has seven ensembles including the Razorback Marching Band, Hogwild Band, and five concert bands with over 400 student members representing every college at the university.