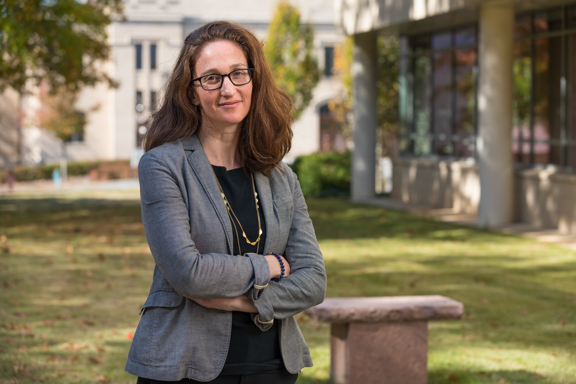 Annie Smith, associate professor of law and director of the public service and pro bono program at the U of A School of Law, examines prosecution rates of labor trafficking in “The Underprosecution of Labor Trafficking,” in the January issue of South Carolina Law Review.

Smith finds that while most law enforcement efforts in fighting human trafficking focus on sex trafficking, labor trafficking cases are relatively under-prosecuted. Labor trafficking can take many forms and includes the use of threats, psychological coercion or physical force to compel work.

She argues that when labor trafficking is not prosecuted, it further normalizes workplace exploitation, reinforces the harmful myth that all human trafficking is sex trafficking and erodes the rule of law. “Approached properly, prosecution presents an opportunity to disrupt labor trafficking, to publicly hold traffickers accountable, to secure restitution for survivors and to gain deeper insight into this form of abuse,” Smith said.

Smith cautions, however, that prosecution of labor trafficking alone is insufficient to confront it. To truly address labor trafficking, she points to the need for “systemic change that fundamentally alters the vulnerability of populations to exploitation and eradicates the extreme power imbalances between workers and those who employ them.”

The article, informed by insights of survivors, anti-trafficking advocates, prosecutors and scholars across disciplines, proposes reforms to strategically increase prosecutions. Some of them include:

Smith's project, the Arkansas Labor Trafficking Awareness Project, was recently funded by the Women’s Giving Circle at the U of A. It aims to increase awareness of labor trafficking among Arkansas professionals who are most likely to come into contact with it and to equip them with adequate resources to respond.

Smith will work with her law students to design and disseminate Arkansas-specific quick reference guides translated into Spanish and Marshallese to educate law enforcement, first responders and service providers on how to identify and respond to labor trafficking. The selected audiences will also receive online on-demand training and educational videos.